You are here: Home / Top Cryptozoology Deaths of 2014 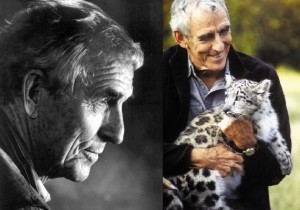 The passing of Peter Matthiessen during 2014 was the cryptozoology-related death that obtained the most mainstream media attention. But others died who had significant impacts on the field. They should be remembered too at the year’s end. Let’s recall a few of those folks.
<><><>
Here is my list of the recently departed who have been touched by cryptozoology, Bigfoot, especially, and cryptids, in general. And then by extension, they touched us.

All deaths are deeply experienced. I pause to recall those who have passed away in 2014, with respect for them, their families, and for all they shared and created. These individuals are noted here in my annual goodbye and celebration of their lives.

Twenty-fourteen was a year many of us lost several loved ones. I honor them all, whether mentioned here or not.

Dan Gordon ~ January 20, 2014
Former New York police officer Dan Gordon, 54, passed away on Monday, January 20, 2014.  Gordon was a Whitehall, N.Y. police officer who, along with another officer, reported having a sighting of a Bigfoot-like creature while on duty in February 1982. Gordon kept his identity secret until 2003, when he appeared on an episode of Mysterious Encounters’  ”The Creature of  Whitehall.” In a segment as an unnamed witness, Dan appeared briefly on camera.
His sighting was re-enacted for the History Channel’s Giganto documentary in 2005.  Gordon took and passed a polygraph for a 2008 episode of MonsterQuest, “Bigfoot In New York.”  (For more, please see here.)
<><><>
Mark Vergeront ~ March 18, 2014

Bigfoot enthusiast named Mark “Verg” Vergeront, in his 50s, died from heart failure on March 18, 2014. Verg, as he was known to many of his friends, students, and others, online, lived for his entire life in Riverside, California. (For more, please see here.) 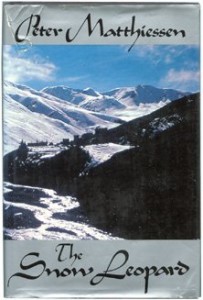 Peter Matthiessen, 86, best known for his thoughtful, nature-oriented, spiritual books, died April 5, 2014, on Long Island, New York. Matthiessen attended the first modern conference on Sasquatch studies (captured in papers in Manlike Monsters on Trial and The Sasquatch and other Unknown Hominoids), in May 1978, at the University of British Columbia.  He had detailed his pursuit and sighting of the Yeti in The Snow Leopard (1978). In the Spirit of Crazy Horse (1983), Matthiessen talked of the Dakota/Lakota traditions and sightings of their “Big Men,” the local name for their Sasquatch.  In 2007, in Idaho, with Jeff Meldrum, Matthiessen spoke of “A Naturalist’s Impressions of the Wildman.” In 2009, Matthieseen keynoted a Texas Bigfoot conference. (For more, please see here.) 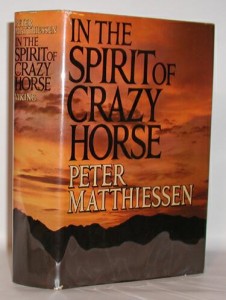 <><><>
Gerry Bacon ~ May 25, 2014
Gerry Bacon, 59, died back in his home state of Michigan, on May 25, 2014. As the moderator for years of the Cryptozoology.com forum, Bacon’s league of friends grew year by year. Bacon also traveled extensively, often visiting family and friends, looking for signs of Bigfoot, from Tennessee to Arizona. For example, on September 20, 2006, Gerry Bacon, Robert Coppen and Jerry D. Coleman spent the day in Madisonville, Tennessee, investigating the old Carter farm place, a locale of reportedly “50 years” of contacts with a family of Bigfoot. (For more, please see here.)
<><><>
Philip Spencer ~ May 28, 2014 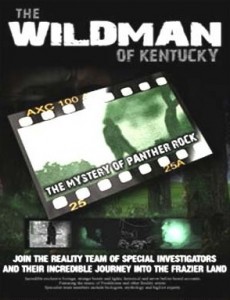 Philip Spencer, 63, a native of Kentucky and author of The Wildman of Kentucky: The Mystery of Panther Rock, passed away on May 28, 2014, in Hampton, Virginia. Philip Spencer appeared on two episodes (“Hillbilly Beast” and “American Werewolf”) of History’s MonsterQuest. (For more, please see here.)
<><><>
Rick Berry ~ June 2, 2014

The author of Bigfoot on the East Coast (1993) died on June 2, 2014, one day short of his 51st birthday, in Charlottesville, Virginia. Rick Berry’s milestone book has become a much sought-after source that listed over a thousand sightings of Bigfoot-type creatures for the Eastern USA. (For more, please see here.)
<><><>
Chuck Prahl ~ July 10, 2014
Charles Geoffery Prahl, Jr., 60,  of Cambridge, Maryland, passed away peacefully July 10, 2014. Although from Maryland, Prahl traveled often to Salt Fork State Park, to camp with friends to search for Bigfoot. Chuck Prahl was known to be deeply involved in the BigfootTonight Blogtalk program hosted by various people, with Prahl as a mainstay of the show. (For more, please see here.)
<><><>
T.C. Lyons ~ July 12, 2014
Terry (“TC”) Lyons, 63, passed away on July 12, 2014. A police officer for Cassens Transport, Lordstown, Ohio, for several years, living in Akron, he was actively interested in Ohio Bigfoot pursuits, and a friend of many involved with BigfootTonight Blogtalk. (For more, please see here.)
<><><>
Bill Laughery ~ July 28, 2014.
Bill Laughery, 92, of West Richland, Washington, a former game warden and active Bigfoot searcher, died on July 28, 2014.

Laughery worked with Wes Sumerlin (1921-1999), Vance Orchard (1917-2006), Paul Freeman (1943-2003), and Grover Krantz (1931-2002), in the Blue Mountains of Washington. Bigfoot of the Blues’ Vance Orchard mentioned Laughery as one of the people with whom he searched for Bigfoot. On August 4, 1995, Laughery and Sumerlin saw two Bigfoot about seven miles off Mill Creek Road, down from Biscuit Ridge, near Black Snake Ridge, Walla Walla, Washington. (For more, please see here.) 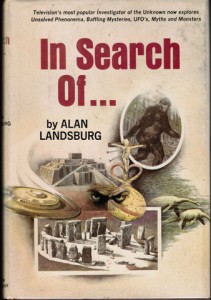 Alan Landsburg, 81, the dean of documentary-style television programming died in Beverly Hills, California. Landsburg is best known about cryptozoology fans as the creator of In Search Of…. In 1978, Landsburg produced a Bigfoot documentary using portions of two In Search of... episodes (“The Monster Hunters” and “The Abominable Snowman”) called Manbeast! Myth or Monster, based on his book In Search of Myths and Monsters. (For more, please see here.) 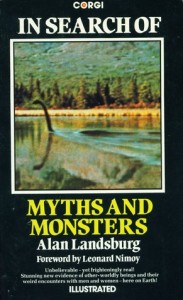