A man who never held back is gone. 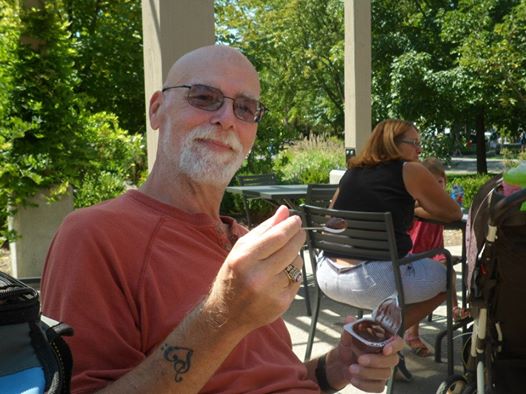 Gerry Bacon, 59, died on May 25, 2014, after losing his battle to liver cancer. He will be missed by a multitude and is being called a “wonderful man” by many.

Bacon was born on June 20, 1954, and grew up in Hazel Park, Michigan, graduating from the high school there in 1972. As an adult, still living in Michigan, Gerry worked for Chrysler from June 1986 to January 2008, when he retired. He lived in Fort Lauderdale, Florida, during 2010 and 2011. Then he moved back to Warren, Michigan, although he complained to friends that the winters were hard on him.
Besides comrades, his children, and cryptids, Bacon was a fan of playing in his band, Eight Mile Curve, a name that honored his Michigan roots.
Bacon also traveled extensively, often visiting family and friends, looking for signs of Bigfoot, from Tennessee to Arizona. 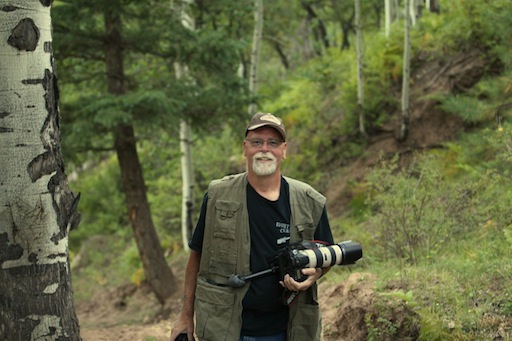 Gerry Bacon on an expedition in the Lukachukai Mountains, Navajo Reservation, 2010, with Jc Johnson, from Bacon’s Facebook page. 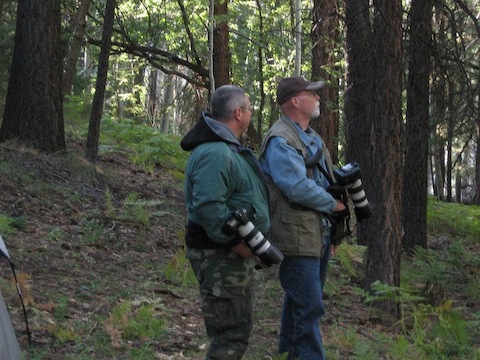 As the moderator for years of the rough and ready, youthful Cryptozoology.com forum, Bacon’s league of friends and foes grew year by year.  The forum members loved that Bacon’s thoughts were straightforward and clear.

Bacon was a good buddy to many folks, including to my brother Jerry D. Coleman of Tennessee, with whom he did fieldwork. (May 25th is the anniversary of my brother Jerry Dale’s loss of his son Jerry Denton to SIDS, thus now a doubly sad day.)

On September 20, 2006, Gerry Bacon, Robert Coppen and Jerry D. Coleman spent the day in Madisonville, Tennessee, investigating the old Carter farm place, a locale of reportedly “50 years” of contacts with a family of Bigfoot.
Jerry Coleman recorded Gerry Bacon’s own words about his first impression of the Carter farm area. It is a good example of Bacon’s ability to sharply and skeptically boil down his thoughts on cryptozoological topics. He was open-minded, but he also did not waste his time on holding back on his opinions.

My first impression was that I wouldn’t need three years of study here, since the entire property could be completely gone over, nearly to the inch, in one day. I’ve done it with forty acres of pure woodland, no fields to gloss over. My second impression, if you want, was that we have the Jerry Springer section of Madisonville here.
This is some beautiful country but, for TN, relatively flat and very open. Yes, there are some creek beds running through but all in all, this is considered open farm country. The Carter farm is surrounded by beautiful homes until you get to the Carter homestead itself. Compared to the surrounded homes, it’s a blight area.
I’m truly curious about Mary Green’s assertion that she saw some Bigfoot coming down a mountain. If she’s referring to the nearest true mountains there, they’re too far away, not just a mile or two but several, maybe ten or more miles. It’s been thought by believers that Fox and company stay in those mountains and come to the farm at night, which seems truly odd to me since they would have to cross so many other farms to get to the Carter farm.
I’ve always said that there is no need for huge tracts of wilderness to harbor Bigfoot but the Carter farm seems to be mainly huge fields. And they were not just recently cleared. And the assertions by some that the Carter farm has been cleaned up makes me wonder just how nasty it must have been before, as it is truly a junk heap even now.
There is no way any self respecting Bigfoot is going to travel miles of open land for a plate of leftover food. There is no way Bigfoot is going to cavort on the Carter land without all the neighbors seeing it. If Philpott spends his afternoons bird hunting through the fields, he would have seen evidence. To the best of our knowledge, he hasn’t.
I see some interesting, Jerry Springer type fodder for discussion here but I damn sure don’t see any possibility of Bigfoot being in this area. ~ Gerry Bacon, Source.

In Jerry D. Coleman’s book, More Strange Highways, Chapter Ten is entitled “The Silent Woods Around Us,” and is filled with the contributions of Gerry Bacon. Bacon shared fundamental techniques for the beginning cryptozoologist, and warned the gullible to not jump to incorrect conclusions based on partial sightings, smells, or strange audio happenings. While some of Bacon’s online sharing may vanish in the Internet jungle, it is good to have Jerry Coleman’s capturing of Bacon’s mindset in his book. 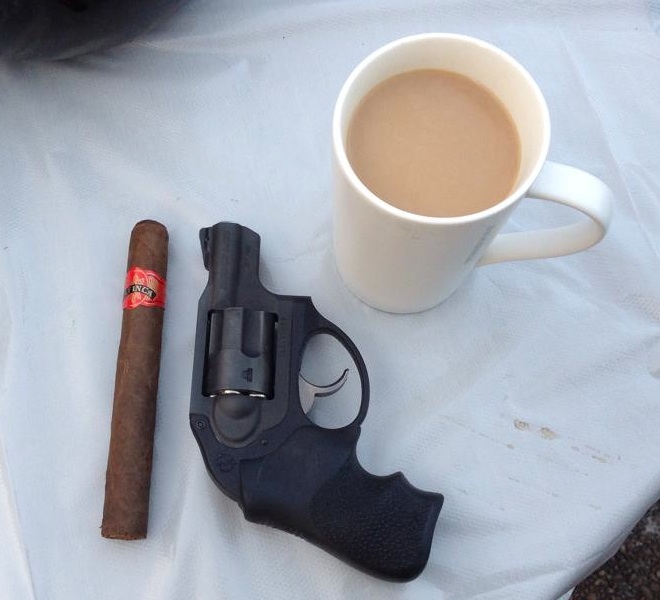 In April 2014, Gerry Bacon posted the above photograph with the caption, “Three of my favorite things in life.”

My deep condolences to Gerry Bacon’s family, my brother, Lee Murphy and all of Gerry’s many friends.

(I was in the hospital again, several days late this spring, after the second of my recent operations on May 22nd. I apologize for having been unaware of Gerry Bacon’s passing until I was informed by Lee Murphy late yesterday, and wrote this tribute of Mr. Bacon, immediately. Just fact-checking some info today. Your comments and critiques are appreciated, if I got something wrong or you wish to share how you remember him.)

Previous Entry: Bigfoot on the East Coast’s Rick Berry Dies
Next Entry: The Gun That Almost Brought Bigfoot Down