You are here: Home / Bigfoot on the East Coast’s Rick Berry Dies

In cryptozoology, now and then, a book comes along that details original, straightforward data that everyone wants. It usually is a rare tome, highly collectible, and the author is relatively unknown. Such is a work entitled Bigfoot on the East Coast by Rick Berry. It was self-published in Stuart’s Draft, Virginia, as a paperbound book, in 1993, totaling 164 pages, and selling for $12.95.

It was a hard-to-find work from the beginning, and the author, Rick Berry, seemed even more difficult to encounter than a family group of Bigfoot, to many. The elusive Berry was 30 years old when his book was published.

Today, the milestone collection is a sought-after source that breaks down, geographically and temporally, over a thousand sightings of Bigfoot-type creatures for the Eastern USA. 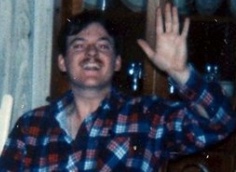 I have now learned of the passing of the book’s author. Rick Berry has died one day short of his 51st birthday.

In Memory of
Sgt. Ricky James Berry
June 3, 1963 – June 2, 2014
It’s with a heavy heart we forward the news of the passing of East Coast Bigfoot researcher and author, Rick Berry. Rick spent many years collecting Bigfoot reports and speaking to eyewitnesses along the entire East coast. His 1993 book, Bigfoot on the East Coast, has chronicled over 1,000 reported sightings of a large hairy manlike creature that inhabits the mountainous regions of the East Coast. It has also become one of the most coveted books in Bigfoot research. I spoke with Rick a number of times through the years concerning Bigfoot reports here in Virginia as well as reports in other areas of the United States. Rick will be missed but his research will continue to educate existing and future generations of Bigfoot researchers.
Thank you Rick and Godspeed! 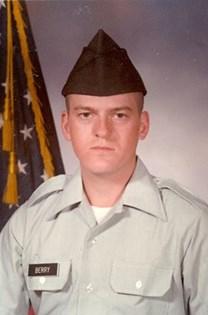 Sgt. Ricky James Berry, United States Army (Retired), passed away unexpectedly June 2, 2014 at the University of Virginia Medical Center in Charlottesville.
He was born June 3, 1963 in Waynesboro a son of Jerry R. and Shirley B. Martin Berry McGann.
He retired from the United States Army, having served two tours in Iraq from which he received numerous medals. He also served in the Army National Guard.
He cherished his time spent during his military career, where he met a lot of great people and kept many of them as his close friends.
He was preceded in death by his father, grandparents; Valley and Jim Smiley, Bland and Lucy Martin, Thelma McGann and Herbert Berry, step-brother, Sterling McGann, a sister, Pamela McGann Royer who he loved with all his heart and missed so much, two cousins, as well as numerous uncles.
Survivors include his mother Shirley B. Martin Berry McGann and her husband Donald McGann, a brother, Chris McGann and his wife Lisa, step-brother, Jeff McGann and his wife Stephanie, step-sister, Regina McGann Shifflett, brother-in-law, Larry Royer, nephews; Timothy Royer and his girlfriend Monica Larkin, Justin McGann and fiance’ Ashley Via , Stephen McGann, as well as numerous nieces, nephews, great nieces, great nephews, aunts, uncles, cousins that meant so much to him, especially Wesley Lutton who spent a lot of time with him.
He also left behind close friends from the military, Doug and Sam who were special to him.
Ricky enjoyed Karate, writing, spending time with family, especially watching movies and having long talks with his mother. He was a huge “Bigfoot” fan and researcher, of which he later wrote and published a book Bigfoot on the East Coast.
He loved to joke and laugh and helped everyone in need. He never met a stranger….Source. 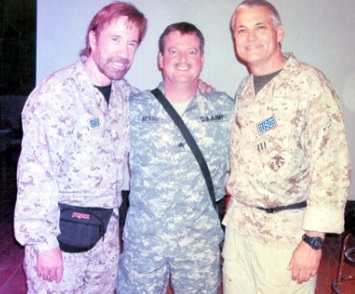 Appreciation goes to William Dranginis and Greg Obaugh for sharing this sad news.