You are here: Home / Cryptozoologist Mark A. Hall: Happy Birthday 2014

Happy birthday on June 14th to Mark A. Hall. His most recent book, True Giants, was published by Anomalist Books. I personally celebrate this intellectual writer, as a good friend since 1969. 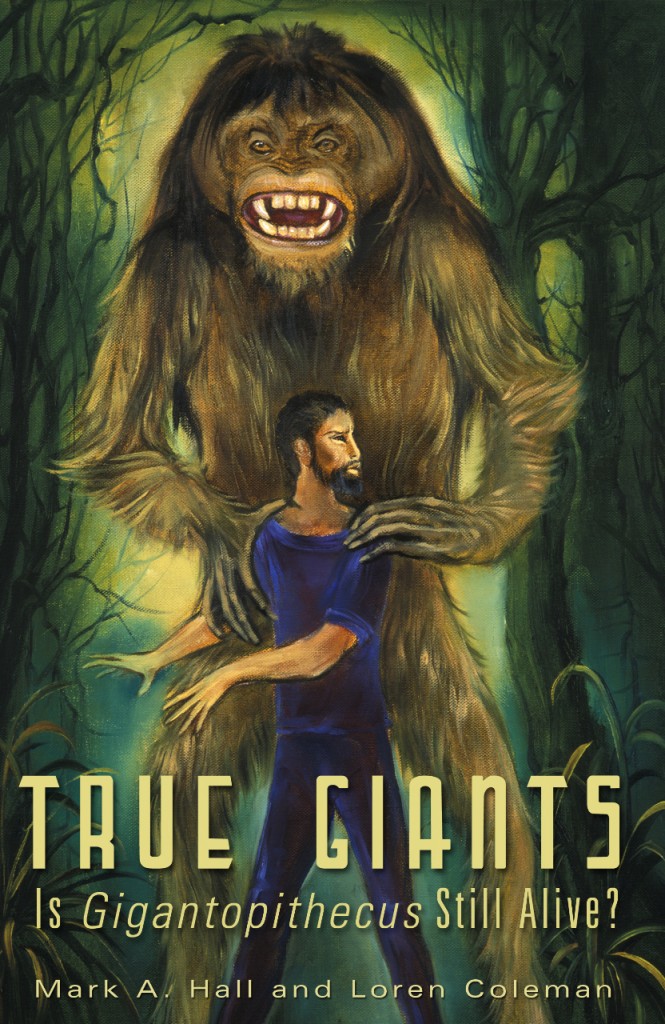 The cover of True Giants is by the late Bernard Heuvelmans’ artist lover and former partner Alika Lindbergh. 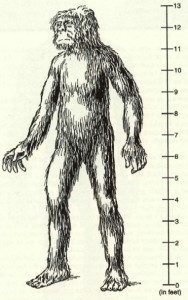 It seems only fitting that Hall entered the world on Flag Day. A Fortean, cryptozoologist, author, and theorist, Hall was born on June 14, 1946, raised in the heartland of America, and served in intelligence in West Berlin during the midst of the Cold War, as a linguist. Besides being an editor at an archeological society in Minnesota after his military service, Hall has worked in human relations in various branches of the federal government while in his home state. He’s an old-fashioned patriot who allows himself to question the scientific establishment with every breath he takes, and with each stroke of his computer keys.

Mark A. Hall has been intrigued by nature’s anomalies for most of his life. For fifty plus years, he has actively pursued historical records and eyewitness testimony concerning cryptozoological phenomena. He has traveled extensively throughout the Americas – and the world.

As an author, some of his works, such as an early book on Thunderbirds, Natural Mysteries, The Yeti, Bigfoot & True Giants, and Living Fossils, were self-published. For years, he edited and published the journal Wonders, devoted mostly to cryptozoology and to other Forteana that interested him. In recent years, he has seen one of his books more formally published. They cover unique subjects, such as Thunderbirds: America’s Living Legends of Giant Birds and others may be waiting in the wings. 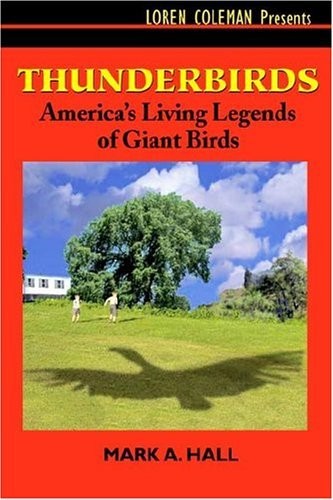 As a bold theorist, Hall has written that North America is home not only to the Bigfoot of the Patterson-Gimlin footage, but also to drastically different primates such as the True Giant (probably Gigantopithecus, he thinks) and the Taller-hominid (which he sees as survivors of the recorded fossil known as Homo gardarensis).

Hall was involved with Ivan T. Sanderson in investigations of the Minnesota Iceman, appeared on “Unsolved Mysteries” detailing that involvement, and was a director of the Sanderson-founded Society for the Investigation of the Unexplained (SITU) in the early 1970s.

I was introduced to Mark Hall in 1969, by Sanderson, and we have been correspondents, research associates, and friends for over four decades. His theories (that challenge many even within cryptozoology), memory for details, and intellectual insights have always impressed me.

Hall proposed a new technique and coined the name for a modern form of studying cryptids, which he termed “telebiology,” years ago. He formalized his thoughts about the concept, in print, a decade ago. Speaking of his suggested method, specifically to study unknown primates, Hall wrote:
With temporary captives, we should do the best we can with them and then set them free. The results will be genuine knowledge in the records we will then have, and we will have invested in the future of a new relationship with our primate relatives. This approach is part of what I have called ‘telebiology,’ a means by which we can begin to study the cryptids that have been the object of cryptozoology. If we make the effort to study animals at a distance, using our brains and technology, we can succeed where others have failed in the past. If we can accept that starting to study a species with a dead animal can be difficult, then we can put that goal at the end of the process instead of making it a requirement to do anything at all. by Mark A. Hall, from The Yeti, Bigfoot & True Giants, 1997: 110. 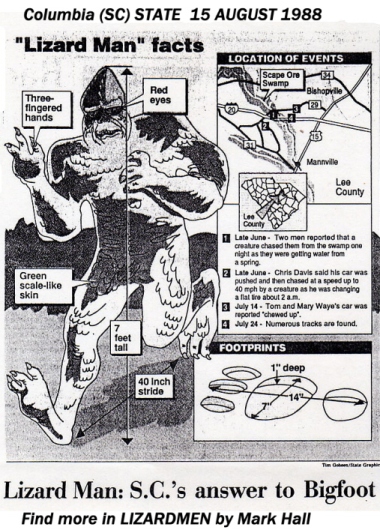 The essence of Hall’s earlier, now unavailable self-published Lizardmen serves as the foundation for a book that I hope some someday will be published, Merbeings: The True History of Mermaids and Lizardmen by Mark A. Hall.

Happy birthday, old buddy! Thanks for hanging in there so long, and sharing so much with all your friends, foes, and other folks down through the years.

Mark A. Hall’s 2004 book, Thunderbirds: America’s Living Legends of Giant Birds, shown above, was joined by a hardbound edition in 2009. 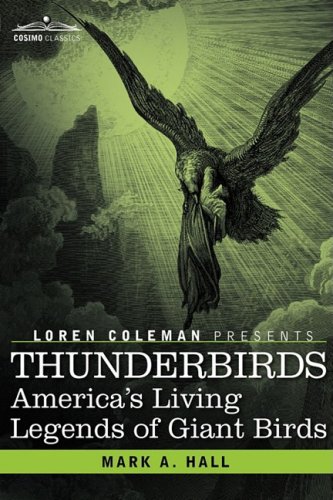