Not sure what it shows, but the Scottish media is excited today about a new sonar image from Loch Ness.  What do you think it might be? A boat’s wake? A school of fish? An artifact of the sonar? One of the Loch Ness Monsters? 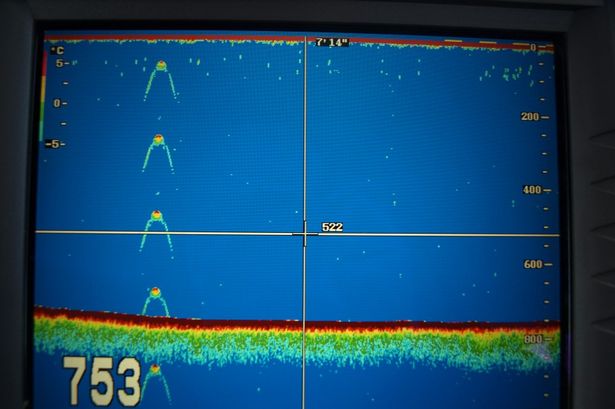 The screen shot shows a large object – possibly a monster – deep below the surface, close to Urquhart Castle.

The image was recorded by sonar equipment aboard the flagship vessel of Inverness-based Jacobite Cruises.

Skipper John Askew said:  ‘This image certainly grabbed our attention. The Jacobite Queen spends every day sailing up and down the loch with the sonar on and this reading is the most unusual we have seen for quite some time.

‘It’s impossible to tell what we’e picked up here, but along with those satellite images, you can’t help feeling that reports of the Loch Ness Monster’s demise may be premature.” Source.