You are here: Home / For The First Time: Color 1962 Nape Photograph 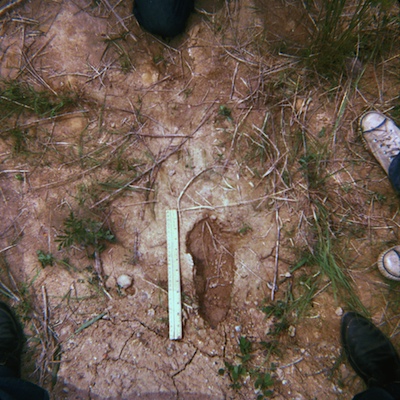 The above has never been posted or published in color. Other examples of the black and white images have been shared, but due to the broadcast of this on a 2013 episode of Travel’s Mysteries at the Museum, I am posting this image here for the first time. 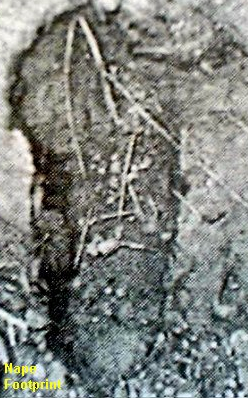 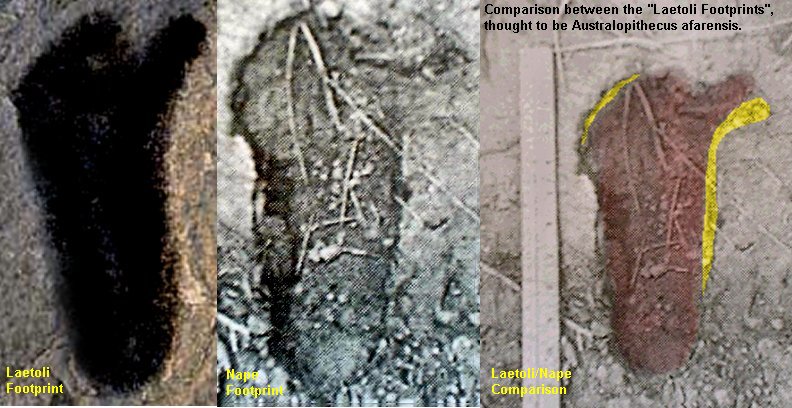 Others have tried to make comparisons between the Illinois Nape footprint and fossil prints of Australopithecus. I have not engaged in such speculations.

One highlight of my field research came early on for me—the finding of decidedly anthropoid prints not far from where I lived. In the spring of 1962, I, along with my brothers Bill and Jerry, came upon ape-like foot tracks in a dry creek bed (a side branch of Stevens Creek) near Decatur, in south-central Illinois. The best print from the series was about 10 inches long, with a clearly visible large opposed toe, the hallux, sticking out to the right of a left foot impression. The dipping creek bed did not allow much movement on the part of this apparently upright primate but about 13 inches in front of one print was another partial footprint. The complete track is very much like those found throughout the South.

During this time I was also interviewing many local residents about the Bigfootlike creatures they were seeing. For instance, I spoke to Steve Collins and Bob Earle who had an encounter with a grayish-colored creature in 1962.  They saw it in Stevens Creek, just off of East Williams Street Road, Decatur. The monster stood upright in water, glaring at them. Its strange features, human-like and animal-like at the same time, told them this was no bear. The beast then disappeared into the woods. Later, the witnesses told me it was “like no other animal” they had ever seen.

On September 22, 1965, the local newspaper, the Decatur Review, carried a sighting report, from four young people who were parked in a car at a “lover’s lane” area outside of Decatur called Montezuma Hills, near Steven’s Creek. They were sitting in the car when a massive black, man-like shape came towards their vehicle. They rushed off in a panic, but after dropping off their dates at home, the two young men returned to the area for another look. As they searched around the same parking spot, they suddenly saw the monster again.  It began to walk up to their car as though it were curious. The youths were too scared to get out, but even with the windows closed, they could smell the monster’s terrible odor. They immediately left to get the police and several officers made a thorough, but fruitless, search of the woods. The police on the scene said they had no idea what the young people had witnessed, but they were obviously very frightened by whatever it had been.

I reinterviewed Steve Collins a week before he died in 2011, and he reconfirmed his sighting. 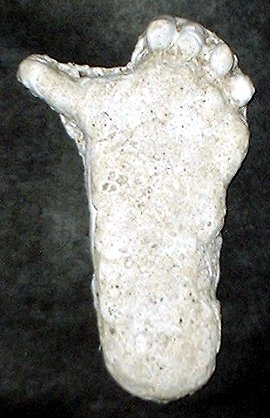 Zach Clothier’s reconstruction of the Nape footprint photographed in 1962 was, at one time, claimed by some Western Bigfooters to be a “hoaxed” cast. But they were incorrect, and had not researched its origins. It was never said to be a casting from that find in 1962.

Furthermore, despite an unsupported claim (a theory) from my youngest brother, in one of his books, that the footprints found (yes, there was more than one) was a neighborhood kid’s prank, this incident that stimulated my Napes thoughts remains unexplained.

Of course, “Napes” are seen all over the Southern USA, and continue to be seen today (as per the recent Alabama report). Additionally, old photos and casts of footprints that may be part of the picture do exist.

I also have developed a theory for how they might have arrived in the southern United States – via slave ships. 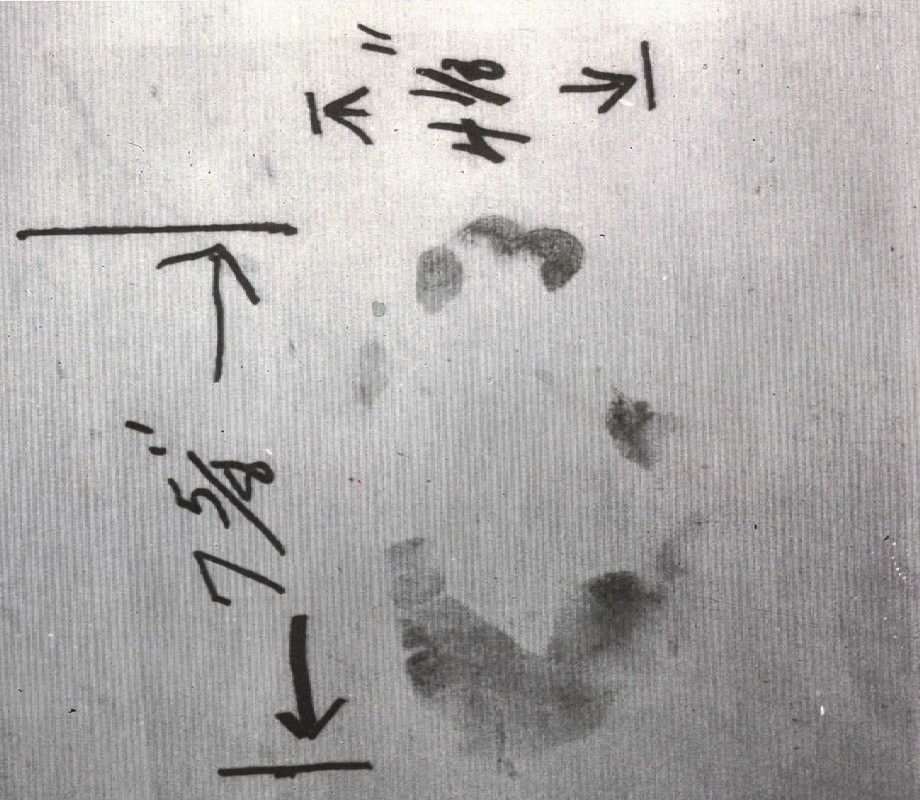 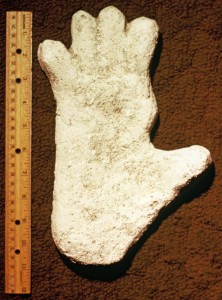 Previous Entry: Suspects Identified In Oklahoma Bigfoot Hunting Shooting
Next Entry: The Russians Seem To Have A Problem With Icon Films, Not Dr. Sykes