Additional information has been updated regarding the Catoosa, Oklahoma shooting that was blamed on an accident during a “Bigfoot hunt.” (See earlier story and photographs here.)

Rogers County Sheriff’s Department has named the three people earlier arrested in what was claimed to be a Bigfoot hunt in Oklahoma, in what appears to be an accidental shooting. One of the men told deputies he had shot his friend while the two were on a Sasquatch hunting expedition.

Sheriff Scott Walton of Rogers County made the following statements about the incident to the media:

If [they] had just been factual, upfront and truthful with us and explained that this was truly an accident, as strange as it might sound, we would have went ahead and investigated and probably nobody would have [gone] to jail.

When you start off with an explanation like that, do you believe anything after that?

When we asked them what they were doing in the woods, they said ‘well we were hunting Sasquatch. Eventually the story changed that they didn’t get shot at, it was that one of the men got scared and fired the handgun and struck his buddy.

To our knowledge, no Bigfoot sightings in Rogers County. I think our focus is career criminals and thugs, and we’re going to stay focused on that and let somebody else go after Bigfoot.

Omar Pineda and Perry Don James were hunting – they said for Bigfoot – around 177th East Avenue and Tiger Switch Road, Casoota, Oklahoma, on Saturday night, November 2, 2013. Omar Pineda said he heard a “barking noise,” jerked and shot his friend in the back, authorities say.

The men met emergency responders at a QuikTrip near Interstate 44 and 161st Street. The wounded man is expected to recover. the wounded man suffered wounds to his kidney and liver, but his wounds were considered non-life threatening.

Pineda, 21, was arrested for reckless conduct with a firearm and obstruction.

Deputies also arrested Perry Don James, Pineda’s father-in-law. James threw his son-in-law’s gun in a pond on the property because he is a convicted felon and was afraid to have the gun on his property, Walton said.

James, 53, was booked on complaints of felon in possession of a firearm and destruction of evidence.

The shooting victim was also carrying a gun, though he dropped it when he got shot. Dive teams spent much of the day looking for a gun tossed in the pond.

Deputies also arrested Lacey Jane Pineda, 22, Omar’s wife, for obstruction because she told police at one point that someone else had shot at her husband and his friend, according to the Rogers County Sheriff’s Department.

Omar Alejandro Pineda, 21, of Tulsa, was jailed for reckless conduct with a firearm and obstructing an officer. He is currently being held without bond, and is awaiting a Nov. 15 court date.

Pineda’s wife, Lacey Jane Pineda, 22, of Tulsa, was released from jail after posting $1,000 bond for obstructing an officer. She allegedly gave authorities a conflicting story as to why the foursome was in the woods.

Perry Don James, 53, of Catoosa, was released from jail after posting $6,000 bond on complaints of destroying evidence and carrying a firearm after conviction of a felony. Walton said James, Lacey Pineda’s father, allegedly threw the handgun into a pond after Omar Pineda gave it to him following the shooting. Investigators are hoping to recover that weapon, Walton said.

Records on these individuals actual connection to Bigfoot huntings are lacking.

Court records show James was convicted in 2010 of sexual battery of a person over the age of 16 in Tulsa County. He received a 5-year suspended sentence, which could be revoked following this arrest. An Internet search reveals this other activity is in the public record.

Offense/Statute: Sexual Battery Of Person Over 16

His photo is a match. 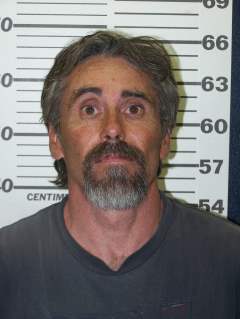 He also has a sex offender record here, and this photograph and description down to his “Identifying Marks: Scar – Wrist, Right;Tattoo – Arm, LeftTN.” 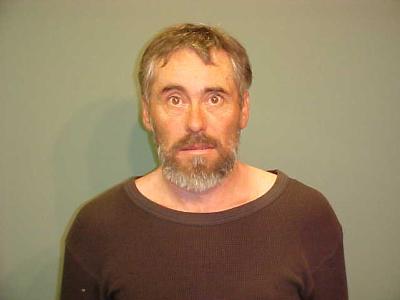 This case appears to have nothing to do with Bigfoot, other than that cryptid being used as an excuse. 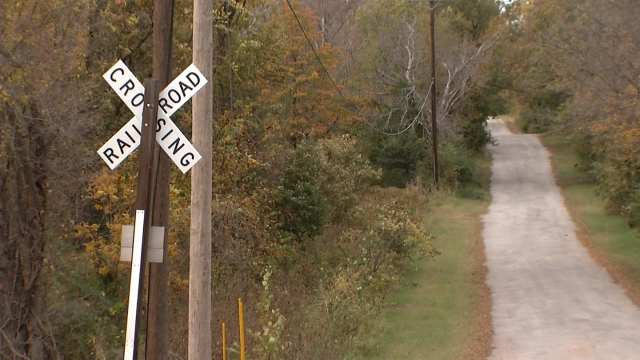 Catoosa is located along historic Route 66. The Blue Whale of Catoosa is a waterfront structure, located just east of the town of Catoosa, Oklahoma, and it has become one of the most recognizable attractions on old Route 66.

The name of the city is derived from the Cherokee language, phonetically pronounced “Ga-du-si” or “Ga-tu-si”. Various interpretations of this word exist, including: “between two hills”, “on the hill”, “into the hills”, and possibly signifying a prominent hill or place thereon.