You are here: Home / Lake Monsters

The latest expedition to search for the “dinosaurlike” cryptids known by African natives as mokele-mbembe has departed. Milt Marcy, Peter Beach and Rob Mullin left Portland, Oregon for Cameroon on January 10, 2006. They will be teaming up with Pierre Sima to conduct the next phase of the cryptozoological research on the Congo/Cameroon border. The Milt Marcy Expedition is the fourth such trek to Africa, with the three before this one being lead by William Gibbons. Marcy is an insurance broker (Milt Marcy Insurance) in Portland, Oregon, who has funded the last three expeditions, and will be participating in this [...] 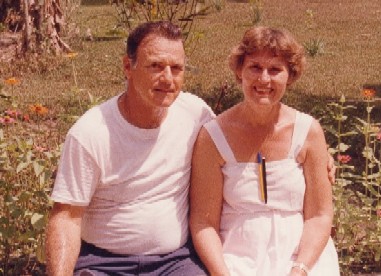 I want to start an effort in 2006 to rediscover some missing people and their lost cryptozoological evidence, gone for years. Let’s begin with the well-known Californian cryptozoologist Herman Regusters. In the fall of 1981, Herman Regusters and his wife led a team into Lake Tele, Congo, in search of Mokele-mbembe. (Even though they might be undiscovered aquatic mammals, the cryptids called Mokele-mbembe are often discussed, first and foremost, in hauntingly romantic ways as perhaps surviving "Living Dinosaurs" in deepest Africa, in a somewhat Victorian fashion.) The Regusters returned with droppings, footprint casts, and sound recordings unlike any animal known [...]

The Top Cryptozoology Stories of 2005

The Top Cryptozoology Stories of 2005 by Loren Coleman, Cryptozoologist and Author, Bigfoot!, Cryptozoology A to Z, and other books. Welcome to this year’s Top Stories in Cryptozoology. It was quite a year, and perhaps captured best by the headline used on Mark Baard’s article in the November 1st issue of Wired News, "America Goes Cryptozoology Crazy." From the Associated Press to Downeast Magazine, from Boing Boing to Business Wire, from Maine Things Considered to Coast to Coast AM, from Giant Robot to G4tv’s Attack of the Show, from the Maine Sunday Telegram to Fox TV News, from the Southern [...]

The Top Cryptofiction Books of 2005 by Loren Coleman, Cryptozoologist Coauthor of The Field Guide to Lake Monsters, Sea Serpents, and Other Mystery Denizens of the Deep and Creatures of the Outer Edge. What are the best and most interesting new works of fiction that have become near and dear to the hearts of those in pursuit of unknown and hidden animals for the last twelve months? If you are looking for “The Top Cryptozoology Stories of 2005,” please click here. Five completely different cryptozoology-influenced novels (often called "cryptofiction" among their authors and fans) gain praiseworthy recognition for the Year [...]

Help Pick The Top Cryptozoology Stories of 2005 Assembling and writing my annual lists of top stories in cryptozoology has been an enjoyable yearly event for me. How would all of you like to join in on the fun, research, and recommendations? Send in your links to what stories you feel should be considered for inclusion on my list for 2005, which I will be compiling soon. I’ll being making my choices, using the criteria from the past, but I do listen. Do you forget what I said was the on the list for 2004? Click here for "The Top [...]