You are here: Home / Wessie is Real!

As you may recall, beginning on June 23, 2016, serious sightings of a 10-foot-long snake were made and filed with members of the Westbrook (Maine) Police Department.

The giant snake was then seen by two officers at 3:30 AM on June 29, 2016, eating a beaver and swimming across the Presumpscot River, near Riverside Park in Westbrook, Maine, to Brown Street, where it disappeared into the brush.

The snake was dubbed “Wessie.”

But quickly the debunkers were heard from, in July.

David Sparks, who founded Sparks’ Ark Animal Services in New Gloucester, which rehabilitates various wild animals, told the American Journal [in July 2016] that he was unconvinced that a large snake has made itself at home on the river.

Sparks, who lives along the Presumpscot River in Windham, says it’s more likely the officers saw a beaver dragging a large tree branch across the river, creating the perception that a snake had snagged the beaver. Sparks has hosted educational programs with large snakes for more than 25 years.

“I believe the people that saw it believe they saw a snake, but I just don’t think from the two reports that it was,” he said.

The sighting from the two officers was in the area of Speirs Street at approximately 3:30 a.m. One of the officers attempted to take a video, but it was too dark to see any images. 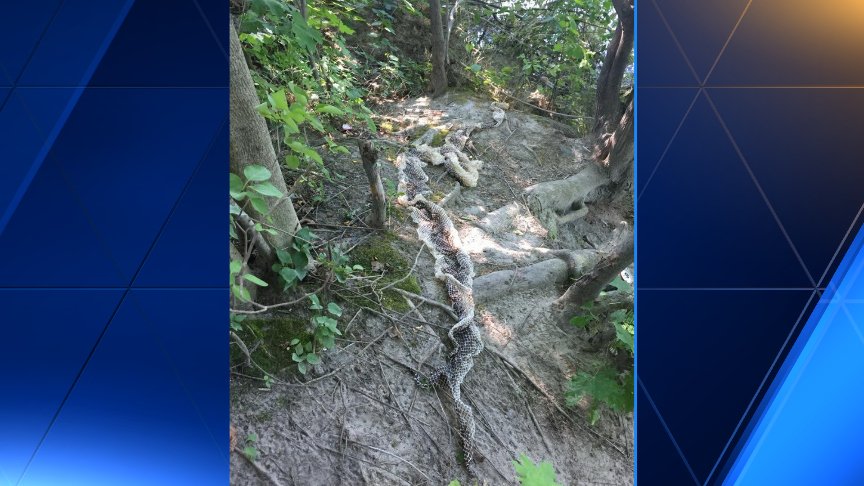 But the doubters were wrong.

On Saturday, August 20, 2016, at around 3:00 PM near the carry-in boat launch, a local person found a shed snake skin. It was large and proves a large snake is in the area.

“Wessie is real,” is the least that can be said about the new find.

Westbrook Police Chief Janine Roberts messaged, via the media, to the public the serious nature of their past and current alerts. They are warning the public about snakes after the large snake skin was found near the Presumpscot River.

“Until the type of snake is determined and we can assess the safety risk, we caution people who recreate along the Presumpscot River to remain alert, maintain a safe distance from any wildlife, and report any sightings of the snake to the Westbrook Police Department (WPD),” Roberts said.

The International Cryptozoology Museum (ICM) at Thompson’s Point, Portland, Maine, the world’s only cryptozoology museum, has offered our full services of identification and search/research resources to the Westbrook Police Department.

The ICM also has mentioned to the WPD of the significant and important nature of this skin, and are hoping it will be retained and obtained for exhibit at the ICM.