You are here: Home / Lost In Translation? The Twisted Charley Victor Tale 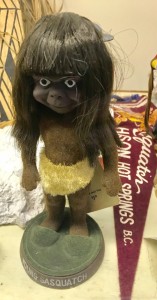 My Fortean friend, columnist Miguel Romero (a/k/a Red Pill Junkie) writes at The Daily Grail, on January 29, 2019, of “The Strange Tale of the Sasquatch Curse.” 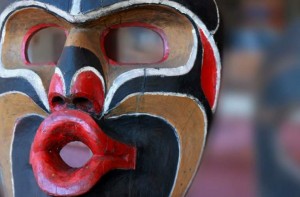 Unfortunately, Romero uses a manufactured malfunctioning and misguided look at “high strangeness” to support his thesis that cryptozoology is guilty of trying to attain an air of respectability in the eyes of Academia by way of “sightings” that are “evidence of flesh-and-blood animals that have so far eluded proper taxonomic identification.”

How does Romero do this? By pushing forward an example of “High Strangeness.”

Mysteriously, the case picked is a weak one. Romero writes of this via his “friends and colleagues Josh Cutchin and Tim Renner’s upcoming book Where the Footprints End which will tentatively be released by the end of this year. Which is why Josh asked me to dig up one of my oldest books in search of what undoubtedly is one of the strangest and evocative Bigfoot stories I’ve ever come across with.” 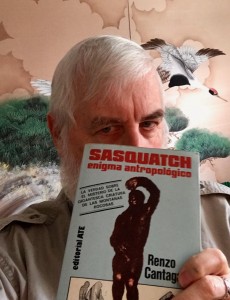 How we get to the story is so contoured, it is amazing it makes any sense. Romero pens that the “extract I’m about to present is part of Enigma Antropológico’s chapter 6, titled ‘The Abominable Man of the Rockies is a Woman.’ The story my friend Josh was interested in was gathered by the legendary Bigfoot researcher John Green (1927-2016) (although according to my friend Micah Hanks, it was collected by J.W. Burns, a teacher at the Chehalis Indian Reserve in Vancouver, British Columbia), and originally published in an old magazine during the early XXth century –unfortunately Cantagalli wasn’t too fond of providing a lot of details in his writing. Also bear in mind that not only was this text originally translated from Italian to Spanish (and now from Spanish to English by me) but that it comes from a VERY old book.”

This happens to be the very familiar case of “Charley Victor,” a British Columbian First Nations elder (as in elder man, not necessarily an Elder on the Skwah reservation).

Romero quotes the Spanish book in English to note: “The ‘Old Charley Incident’ was from 1914, but when the Mac Lean’s magazine dedicated two illustrated pages to it in April of 1929, few were willing to give it any credit, hence the only remains of this account lie in John Green’s files.” 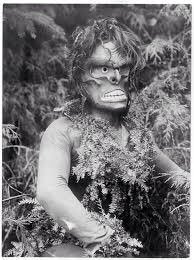 As I mentioned, the Charley Victor story is quite easily obtainable in English, MacLean’s Magazine is available, and there’s no reason the story had to be pulled out of the ether by this torturous route. It has caused some errors in the story which are then used by Romero, apparently, to create details that support their point-of-view.

Charley Victor, an old man, tells of an encounter with a young (perhaps) white Sasquatch or a white boy (you pick) and an older black-skinned female Sasquatch that talks to him. In the context of 1914-1924, it should be pointed out that British Columbian First Nations people saw the “Forest Giants” as a co-existing group of Giant Indians who talked to them.

Romero and apparently Cantagalli would have us walk away from their reading thinking:

~ Victor’s discovery of this location and the shooting happens in a short space of time;

~ Victor’s gun (with a lapse of memory?) floats to the ground;

~ Victor is having an extended conversation with the female Sasquatch;

~ Victor is instantly paralyzed from the encounter.

But even a liberal reading of the record shows that Charley Victor, telling his story, notes he discovered the unknown hominoids’ hiding place and saw a Forest Giant twenty years later. He says he “dropped the gun.”

Victor mentioned one phrase he heard over and over, which he translated as “Yahoo. Yahoo.” He also notes he felt he heard one sentence in his Douglas dialect.

Most troubling of all, Charley Victor, when he related his encounter, said it was 15 years ago. But Indian Agent J. W. Burns specifically said in 1924, “Charley has been paralyzed for the last eight years, and he is inclined to think that the words of the wild woman had something to do with it.”

Certainly, Romero and (perhaps, perhaps not) the coauthors of the new book have made this leap. If one starts with messy re-tellings of a story, should we be surprised with a conclusion that there’s an underlying paranormal “curse” occurring? Hey, “high strangeness” exists, but so does ethnographically gathered story-telling that needs to be properly recorded. And judged in the temporal context of when it was collected.

Update: When this was posted on January 29, 2019, it stirred some folks up on Twitter. A few people took my critique personally. Let me say, my insights were about the research that lead to some conclusions that I felt were reached too quickly without looking back at earlier sources. The game of “telephone” was played with this case, when it wasn’t necessary. I wasn’t talking about people, as I highly respect Romero’s work, and the others linked to this case. They can use cases, if they are thoroughly researched and clearly detailed in any way they want. And they should. Heck, I had a whole chapter in my 2003 Bigfoot book on “high strangeness,” because they are not to be ignored. But I think claims based on any stories and linkages need to be based on significant details that are really in the stories. “Facts” that slipped in due to missed translation need to be called out for what they are. Simple mistakes.

Then there’s the myth-making conclusions too, about “curses.” Those are to be straight-forwardly dealt with too.

Soon after John Green died in 2016 (see obit here), I re-examined the “Sasquatch Death Curse” that I first wrote about in one of my Bigfoot books.

As I observed in that book published by Simon and Schuster in 2003, some people believe, “To encounter a Bigfoot is to die.”

For others that might be translated into “to study Bigfoot is to die.”
This early consideration grew out of one often-told story by John Green (who was born on February 12, 1927).  Writing about the Ruby Creek incident of 1941, Green, who was the first to chronicle it, mentioned that for “an Indian to see a Sasquatch was believed to be bad luck, in fact the observer was in danger of dying.”
Then Ivan Sanderson propelled the “if you see a Bigfoot you die” legend into the lore of the field with a short passage in his 1961 book, Abominable Snowmen: Legend Come to Life. Therein, Sanderson referred to the primary witnesses in the Ruby Creek incident, the Chapmans: “It is just as well that we crossed the Fraser River just when we did, and so met the Chapmans, because about a month afterward they were drowned crossing at the same spot late one night. The irony and tragedy of this event upset me greatly…. The Chapman family at the time of the incident consisted of George and Jeanne Chapman and three children.”
In early 2002, a rumor spread on the Internet that “Roger Patterson died not long after his encounter” of October 20, 1967. Or those that were involved with the 2001 Skookum cast might be star-crossed, after the deaths of Dr. LeRoy Fisher and Dr. Grover Krantz.
Is there any reality to this sense of bad luck, death, seeing or even studying Bigfoot? The Patterson-Gimlin film footage was taken in October 1967; Roger Patterson died in January 1972. The Skookum cast was found in 2000, and Fisher and Krantz died in 2002. The Chapmans had their sighting in 1941 and died in 1959–about 18 years later – although the point Sanderson was making is that relatively soon after he interviewed them they died. The folklore lives on.
Writing in Salon in 2001, former Bigfoot researcher Kyle Mizokami wrote:

“In my time investigating the hairy linebacker, I expended most of my efforts researching Native American legends about the creature. Many tribes believed in a Bigfoot-type being, and many agreed that to see Bigfoot was a bad sign. Often, someone who actually witnessed Bigfoot would have a run of bad luck, go insane, grow sick or even die. I have always believed that these legends, no matter how fantastic they sounded, had some grains of truth to them. However, the belief of bad luck associated with Bigfoot, while consistent across multiple tribes, was a little too out there, a little too metaphysical for my liking. I wanted facts, not superstition. I didn’t know what to do with the bad luck aspect of the legend, so I ignored and eventually forgot about it. Bad idea. Ironically, by ignoring the bad luck theme I had ignored perhaps the most personally relevant ‘fact’ about Bigfoot of all. All that talk of ‘seeing’ Bigfoot (figuratively or otherwise) as being a bad luck sign turned out to be true. It’s the scarlet B in action, viewed through the lenses of another culture. It’s dozens of ancient cultures collectively sending the warning: ‘Hey, don’t get involved with Bigfoot. You will so regret it.’ The warnings were in plain view — and I completely missed them.”

The theme of Mizokami’s article is that his association with Bigfoot ruined his social life and “no one will take him seriously anymore.”

Mizokami, of course, extended this folklore into the modern world.

People die. It is part of the human condition. In actuality, there is no “Sasquatch death curse.” There is only sadness that we have no control of when death occurs. And that someone has moved on.
John Green got involved in serious Sasquatch research in 1956. He died 60 years later. The “Bigfoot curse” never touched him, except in a positive fashion. 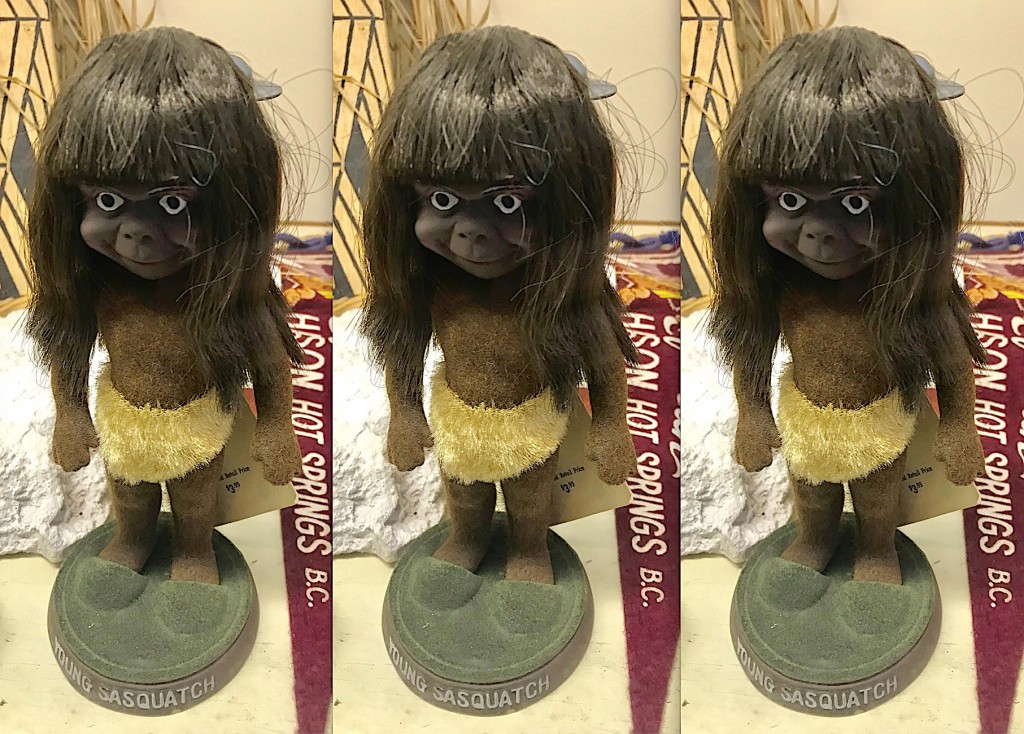