Christopher Kenyon Orrick of Raleigh, North Carolina died on March 1, 2019. He was born April 7, 1949. Members of the Cryptozoology community are beginning to hear about his passing. 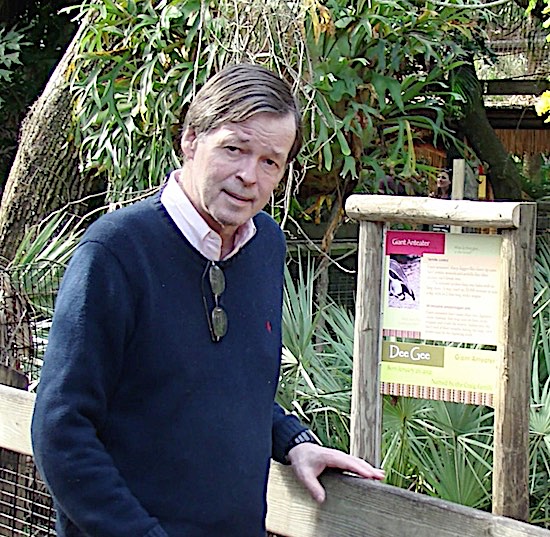 Chris Orrick’s online comments and criticisms appeared on cz groups, blog response forums, Cryptomundo, CryptoZooNews, and other sites. He was known as Chris Orrick, or simply sometimes, just corrick. Some people thought his name was “Corrick” because of that handle.

Chris Orrick was not shy about expressing his opinions.

I always prefer cryptid sightings that contain enough raw information to enable us “armchair cryptozoologists” an opportunity to apply a reasonable “Occam’s razor” test using the various scientific disciplines. Usually, the most likely answer would seem to be an animal vagrant.

That said, my personal favorites off the top of my head are Steller’s Sea-Ape, Gambo, the Loveland Frog, the Buru, the Gevaudan Beast, Bunyips, the Lake Iliamna Monsters and the Nicoll, Meade-Waldo “sea serpent.”

As for Trunko, if that story is true than Earth is far stranger than even the weirdest person on this site can ever imagine. 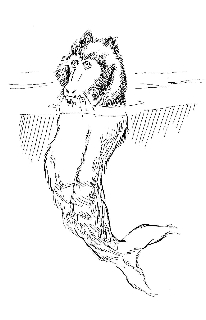 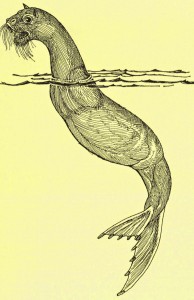 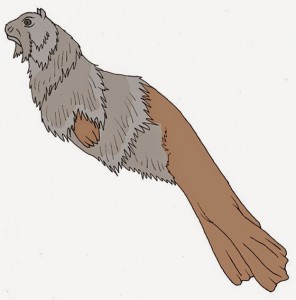 Responding to a blog I once wrote on (Georg Wilheim) Steller’s Sea Ape, Chris penned on August 4, 2008, this beginning to his comment: “Leave the country for one week and so missed this post. My favorite cryptid. Better late than never to post a response. Done extensive research on this topic. If I ever write a cryptid book, this sighting alone would take up 50+ pages.”

Chris was certain “the most likely explanation is that what Steller saw was a juvenile male Hawaiian monk seal…Thanks for the topic, Loren. Enjoyed reading everything you included.”

On December 9, 2008, Chris had this to say about Josh Gates’ recent television program, Destination Truth: “I would vote for more episodes on recently ‘believed’ extinct animals like the tasmanian tiger, pink-headed duck, ivory-billed woodpecker or even the Steller sea cow.” 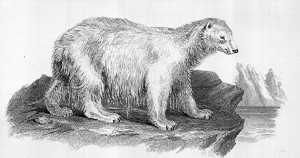 The cryptid Steller’s Sea Bear, reported from the Sea of Okhotsk, near the Kurii Island and Japan, by Georg Wilheim Steller in 1736, was suggested by Chris Orrick to be “confused reports of actual polar bears and fur seals, which are found in the area.” 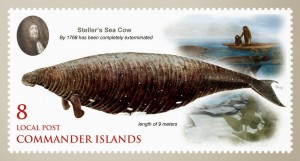 Chris was something of a “Steller scholar,” as he was called in 2002 by Karl Shuker. In 1998, a cryptid website termed Chris a “cryptozoological enthusiast” who had extensively studied Steller’s original papers. 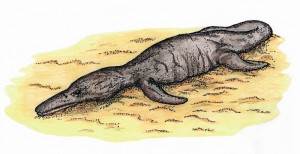 The Field Guide to Lake Monsters, Sea Serpents, and Other Mystery Denizens of the Deep (2002) contains comments from “the generally skeptical cryptozoologist Chris Orrick” on what he thought the source of the Gambian “Mystery Cetacean” incident of June 12, 1983, was.

Chris’ opinions were always insightful and factual. He was highly respected in the field. 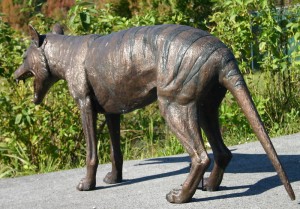 One of Chris Orrick’s favorite cryptids was the Thylacine. In 2013, leading up to my third marriage, to Jenny White, Chris came up with a suggestion. He thought everyone in the cryptozoology online communities should pool their resources, donate some funds, and buy a life-sized full bronze model of the Tasmanian cryptid, the Thylacine for the Museum. It would be given in Jenny and my name, as a “wedding gift” to the International Cryptozoology Museum. Thanks to Chris Orrick – as well as Serena Altshul, Chad Arment, Cliff Barackman, Adam McGirr, Patrick Huyghe, Mason Woodruff, Jack Thompson, Matt Bille, and Mike Williams – their donations lead to the acquiring of the Thylacine. Also, the Museum thanked the seller, All Classics USA, for agreeing to a massive discount for the museum. Orrick’s campaign was successful and the Thylacine is part of the Museum collection. (I did not know until after Chris died that he had exactly the same replica in his dining room.) 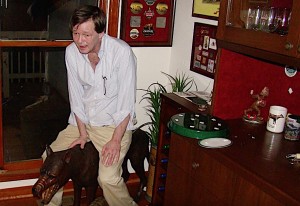 Chris’ friend David Burney posted one of the first remembrances of Chris Orrick on March 2, 2019:

My friend Chris Orrick died this week. I don’t know what to say. He had his demons. Don’t we all? But Chris didn’t have much control over his and they, the demons, could irritate the hell out of the Dali Lama. Once he made me so mad twice in the same weekend I nearly had a brain aneurysm. Though he desperately wanted people in his life he spent a lot of time alone. He just didn’t know how to do it. And he couldn’t figure it out. He was a brilliant guy. Funny. Weird. A baseball fan. A Phillies fan. He loved extinct and mythological creatures and was a collector of wacky weird art featuring them. He had a sweet side. He’d bring some wacky gift he’d found that made him think of you. You might wonder why when you got it but he would be so excited about it. He tried. And then he didn’t. He was a real freaking enigma. I loved him. I wish he could have tamed his demons a bit. I’ll miss him.

Thank you, David. I’m thinking about all the weird minutiae filling my brain compliments of Chris—the capital of Malaysia, the Loch Ness monster (is REAL!), obscure early ’80s comedy routines we watched a thousand times, the crazy Willy Bully story from his army days. You captured Chris perfectly, especially his excitement when he found the perfect gift for you: in my case, a creepy dried piranha. Thank you for being such a good friend to Chris over the years. I pray he is at peace, with the answers to all of life’s mysteries finally within his grasp.

My son Preston, and Chris Orrick’s nephew, created the linked video below in honor of brother Chris. Uncle Chris was fascinated by all extinct animals, Dodo Bird and Tasmanian Tiger in particular. He studied and laughed at terrestrial and extraterrestrial myths – Loch Ness, Yeti, UFOs, etc. Chris’s response to supposed eyewitness accounts/grainy photos always- “Show me the physical evidence!” He was, like me, a huge fan of monster movies, particularly those from the 1950′s. We loved him and miss him, Peter, Cindy, Peter Jr, Preston Orrick

His family acknowledged Chris with a label – below – which he proudly wore.) 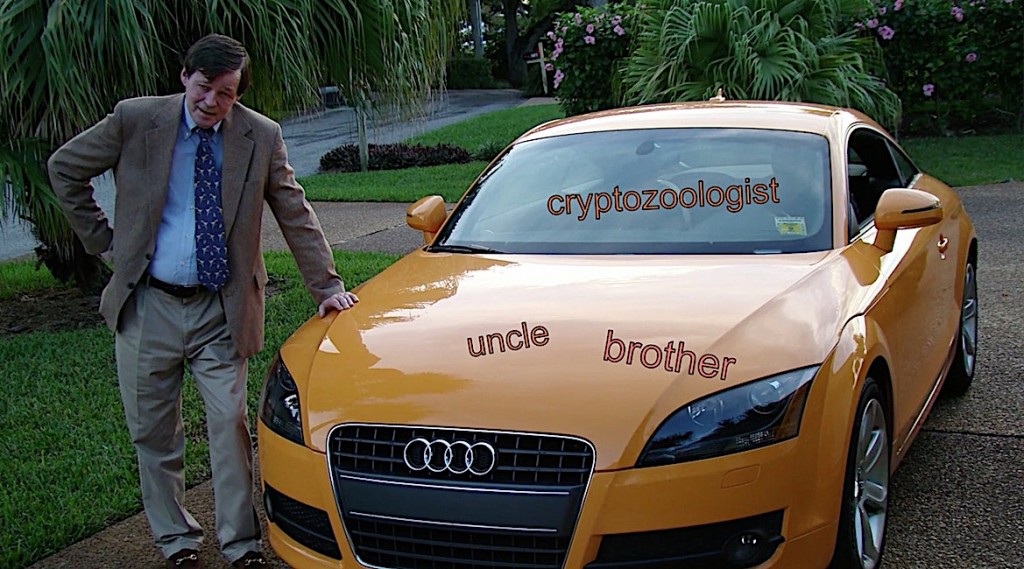 We will miss your opinions, analyses, and passion for Cryptozoology, cryptozoologist Chris Orrick! R. I. P. 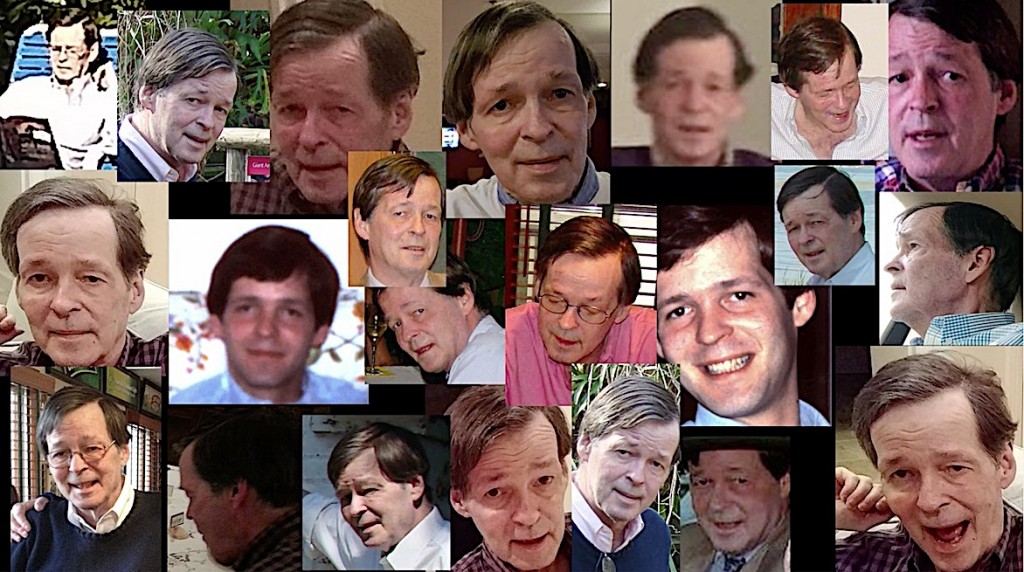 H/T: News of Chris’ passing was forwarded to me by artist Bill Rebsamen. Chris Orrick, down through the years, bought some of Rebsamen’s paintings.