The Top Ten Bigfoot Stories of 2006

by Loren Coleman, coauthor The Field Guide to Bigfoot and Other Mystery Primates.

In the 1950s, anything covered in hair, upright or nearly so, and appearing to be an unknown human-like creature was called an “Abominable Snowman.” Today, the universal term, cryptozoologically speaking, used for any hidden, uncaught, or yet-to-be-verified hairy hominoid, hominid, or anthropoid, anywhere in the world is “Bigfoot.”

Here are the top ten stories that appeared from broadcast media to blogs, from newspapers to network news, globally, regarding the topic of “Bigfoot.” 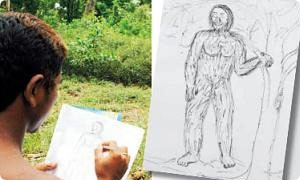 Starting in late 2005, and moving right through every month of 2006, reports of sightings, government disputes, footprints, and expeditions in search of the so-called “Johor Bigfoot” issued forth from south Asia and were repeated worldwide. (Cryptomundo was reporting on so many stories we created a “Malaysian Bigfoot” category to file away all the blogs.) Most of the middle of the year’s “Johor Hominid” distraction was caused by first withheld and then exposed photographs that turned out to be a hoax. Nevertheless, re-surfacing of credible 1970s’ accounts, for example from Harold Stephens (below), mixed with a confusing array of 2006 Johor footprints, have left open questions about what is really happening in Malaysia. More.

Click on the above image of Harold Stephens finding the track of Orang Dalam in the 1970s, on a Malaysian sandbar, for fuller-sized version.

With a Bigfoot symposium in his hometown, a new book Sasquatch: Legend Meets Science, wire service attention that made it sound like his Idaho State University job was in jeopardy (it isn’t), podcasts, radio program interviews, an appearance on National Public Radio, and more, Jeff Meldrum was the Bigfoot news for many weeks. More. 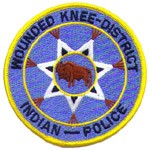 Beginning at the end of July through September, the Oglala Sioux Pine Ridge Reservation in South Dakota experienced frequent sightings and encounters with a large Bigfoot peering into windows and being seen by tribal police. For example, on August 17, Chief of Police James Twiss reported directly to Cryptomundo that he, using the department’s thermal imaging camera and along with about six other officers, observed a large heat signature on their camera. More.

Harry Trumbore’s drawing of Africa’s kalanoro illustrates what became the most viewed single Cryptomundo story of 2006. This was especially true after it was picked up and distributed widely by cryptoinsider David Pescovitz at Boing Boing. In January, it was learned that a covert U.S. Navy SEAL unit involved in operations in the Democratic Republic of the Congo between 1997 and 2002, apparently saw and videotaped some strange creatures. According to the former member’s account, his team observed a group of thirteen “chimpanzee-like” creatures between 4.5 to 5 feet tall, uniformly gray all over their bodies, with rows of seemingly porcupine-like quills running the length of their backs. The video is still classified. More.

Defining the historical beginnings of “Skunk Ape,” photographs that turned up and then were withdrawn, reports of encounters, debates on the role of slave ships transporting them to Florida, and more have brought the Florida Skunk Ape back into focus. Further discussions comparing the overall reports with the Green Swamp excitement of last year occurred. Then early in November, a well-publicized photo of a “chimp” seems to be the most recent image (above) of a Skunk Ape perhaps misunderstood as something more mundane. More.

Before the book The Yowie was even published, something seemed to be on the horizon, in terms of increased interest and new sightings. In September, a Yowie-like creature locally known as a Yarram Ape was photographed crossing a road.

While some interesting images of Pacific Northwest Bigfoot were discussed, such as the Mt. Hood remote cam photo, unfortunately it was a hoax that got the most attention. In Sonoma County, California, in November 2005, a couple said they videotaped a Bigfoot. The story came to a merciful end in April (with the general public) when Penn & Teller’s program was broadcast and they detailed how they hoaxed the Bigfoot community into thinking a real Bigfoot had been photographed. Well, they didn’t fool all of us. More here, here, here, and here.

During the spring, Disney World opened Expedition Everest, and the spillover was many television documentaries on the Yeti, including a Jeff Corwin program exploring the question of the Abominable Snowman. As the year unfolded, documentaries appeared on the Travel Channel’s “Weird Travel” (on Bigfoot), National Geographic’s “Is It Real?” (on Orang Pendek and Almas), Sci-Fi Channel’s “Sci-Fi Investigates” (on Bigfoot) and Animal Planet’s “The Real Lost World” (on unknown hominoids and more). Meanwhile, on Sci-Fi Channel, several Bigfoot movies were screened, with most appearing together again on what became a Sasquatch Saturday in September.

Like in a bad scary movie, when there was any hint of a Bigfoot being seen around America in 2006, Tom Biscardi would pop into town and get some publicity. Suing his former partners for only getting several thousand dollars instead of more, coming off being banned by Coast to Coast AM for not producing a Bigfoot he said was captured, and having to leave Happy Camp, California allegedly in haste, Biscardi turned up in 2006 showing a “Unknown Hand” in a jar. It was like the Ray Bradbury television episode, “The Jar” [The Alfred Hitchcock Hour (1964); Alfred Hitchcock Presents (1986); and The Ray Bradbury Theater (1992)], in which a rural man has the townsfolk come by and look into the mysterious jar. Everyone sees what they want to see. The same happened with this “hand in the jar.” Some wished to think it was related to the Bigfoot mystery. Others said it probably was a bear’s.

On November 26th, M. K. Davis released a press release, in conjunction with two DVDs he was promoting, that specifically identified “the subject of the famous [Patterson-Gimlin] film to be completely human. Not a man in a suit, but a human in the wild.” Yes, human. Later he would say on a radio show that the Bigfoot was a specific type of Native American with a “digging stick” and followed that with leaks through others that the Bigfoot had “likely Caucasoid skin” and the head shape was “explained by a process called cradleboarding.”