Has there been a new cryptozoological discovery? Take a look at this photograph. 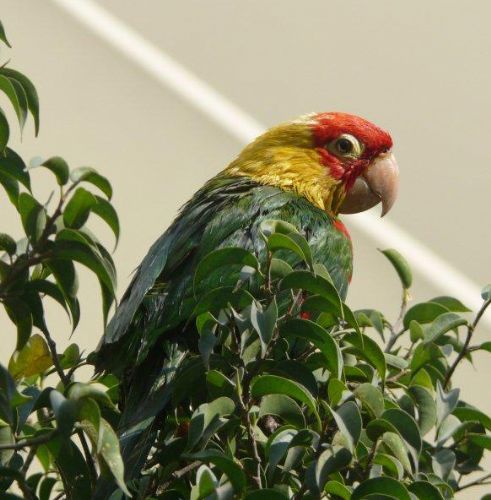 The Mystery Parakeet or Parrot.

In a guest blog from the UK, the cryptozoologist who has been in search of the Pink-Headed Duck, Rhodonessa caryophyllacea, (see here and here), sends in this new contribution that is all about the recent publication of the above photograph. 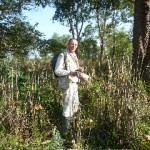 It’s Christmas, coming around but once a year along with a few select family relatives. Ahhh, Christmas! Carols are sung, presents are received; some good; some bad…

And one particular Christmas present seemed to be downright and phenomenally unbelieveable!

Just before church my brother was in the computer room, catching up with the news from Down Under with the Ashes tour, bird-group news, and winter visitors to our part of England. He casually called me into the room; a peculiar looking parrot had surfaced in Lima, it semeed. Obviously an escapee, given the densely populated urban conditions, nonetheless the parrot seemed unlike any other species, hence the appeal for information.

Leaning over the computer to look, I nearly baptized – somewhat appropriately – my one-and-only shirt brought down for the Christmas Day service. I was looking at a rather wet-looking parrot, or parakeet, staring down from a tree and which appeared to be over a road. The bird was hunched over, with a cardinal-scarlet crown, pale yellow neck and shoulders bleeding into lime-green plumage. Nearly choking on my coffee, I found myself spluttering: “it can’t be… it just can’t.”

And then I saw one of the replies staring out from the text.

Larry – this an Atratinga colored like extinct Carolina Parakeet - 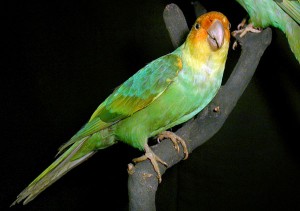 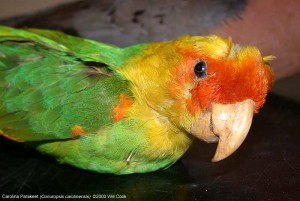 I was simply unable to believe this apparent Christmas miracle! Could it really be true that the Carolina Parakeet, lost to the North American continent since 1914-1917, a bird contemporary with the equally-famous Passenger Pigeon, have shed one of its secret flock, a wandered that surfaced thousands of miles away down the great North-to-Southern continent? There next followed much cross-referencing: what was the bill like? What about the eye? How big was the bird? I spent the whole of the morning worrying, excited, saying to myself: well, it IS Christmas! Don’t things happen at Christmas!

Sadly, it was not to be. And I think all along we all knew it to be true. On the website there appeared a later post from a birder who had himself been subject to just such an experience in Peru! The poor parrot had been colored (goodness knows what with), and it was in fact no rarer than any of the parrots that had made that part of Lima their home! The reasons for this strange operation could be many, but anyone thinking along the lines of bird-tourism would be disappointed; simple altruistic benefit to the owner would seem the most likely cause.

But I suppose the real mystery is: with all the colours on the palette to choose from, it did seem strange that this unfortunate avian ended up with its plumage stained the colors of the extinct Carolina Parakeet (this may not be true even of itself – does the yellow extend to the breast? We don’t know from the picture). In retrospect, the colors are perhaps too strong, too bold; perhaps bedraggled from dye instead of rain. Again, we will never know.

But the nagging question still remains; why did the colors match so well? Were Carolina Parakeets once extant in South America, too? Were people familiar with paintings of the birds, did they deliberately color the bird to excite enthusiasm? Did they remember the original species through story or race-memory? Who can tell?

But for once, just once for a very brief period, it did indeed seem as if the world of Cryptozoology might just have got lucky. 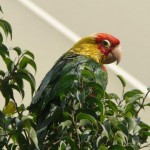