You are here: Home / “Definitive Guide” to Bigfoot [Updated With New Images]

UPDATE: This program is being re-broadcast during May in the USA, and will be shown for the first time on Canadian television this month, as well. It appeared to be a timely move to post this again, and get new comments. Here are new images from the program. 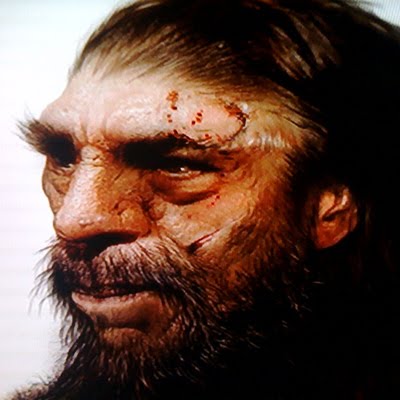 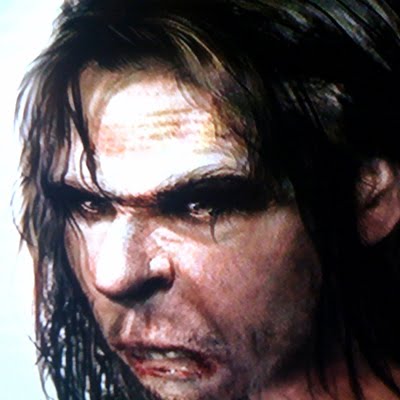 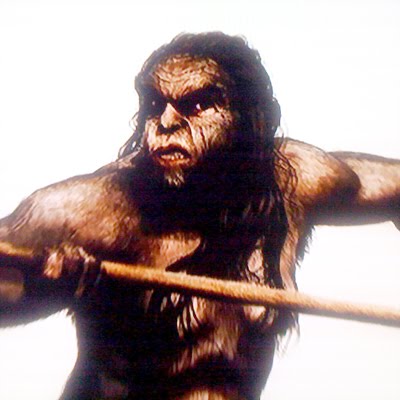 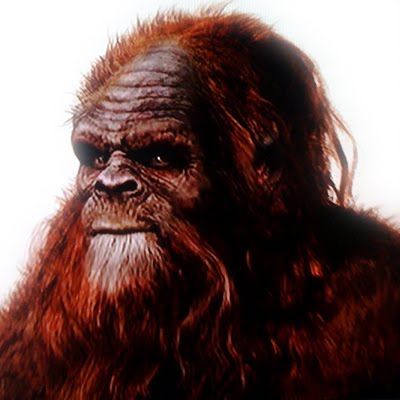 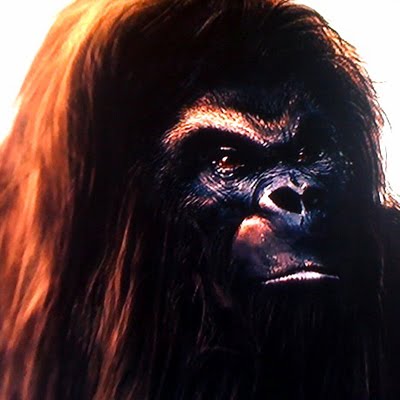 (Several of these sheets are now at the International Cryptozoology Museum. See below for more details.) 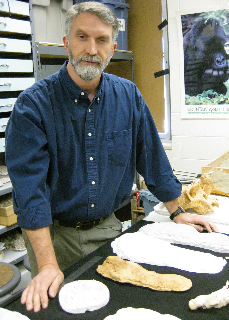 Cryptomundians who watched “Bigfoot: The Definitive Guide” had some immediate reactions. Reviews from viewers among the readers here make sense. The following are the first few [posted Feb. 3rd; updated for Feb. 5th, and updated again on May 12th, 2011].

Random thought: Humm, that “guide” name sure is familiar.

The Field Guide to Bigfoot and Other Mystery Primates. 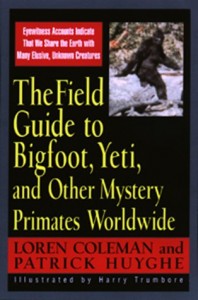 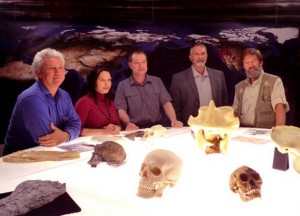 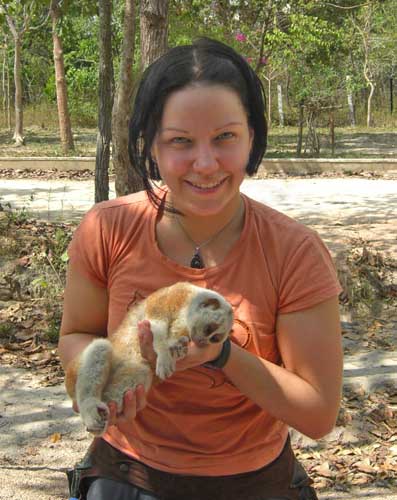 Dr. Anna Nekaris, the only female expert on the program’s panel, received a grant from Primate Conservation Inc. towards her study of the endangered Sumatran slow loris in Aceh Province, Sumatra, in 2007. She was a refreshing new addition to the usual male lineup.

Add your critique, praise or criticism to the comments section, below.

FeralThrowback writes: “Just watched it! Very good presentation and the retelling of events was fun for me. The Chapman family part sort of seemed inaccurate as compared to what I’ve read but that one aside I was pleased.  I thought it interesting to see where they had boiled down places where they thought it most plausible for a group of these creatures to exist.  Worth the watch!!”

Ozarkmom pens: “I was very excited to watch ‘Bigfoot: The Definitive Guide’ due to the fact that it was new and not the same reruns you see all of the time. Unfortunately, it left me very disappointed…it may have been a new program, but it was just more of the same old stuff. It was not only disappointing and empty, but also completely absurd when one of the people they interviewed suggested that what people could be seeing are Indian Shamans….so I guess it’s normal for a Shaman, when they’re out in the forest for many years, to grow 3-4 feet, put on several hundred pounds, and double their shoe size….COME ON NOW PEOPLE!!!!! The show was basically a waste of 2 hours.” 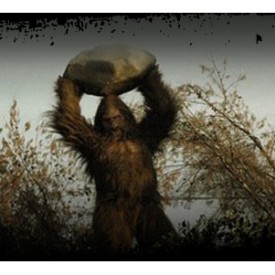 RoR emails: “I thought it was a great show. Some of the sequences [seemed as if they] were from MonsterQuest, but all in all, it was still a great show. I am still a supporter of the Myaaka Skunk Ape photo. Two of the hosts did not make a good argument for a man in a suit theory on the Patterson video.”

Mcw2112 says: “I hate to be negative, but I just finished watching the special and I have to say I feel like I seen this all before. They begin the program saying that they’ve brought together a few experts that will ‘settle the question, once and for all,’ BUT the program ends predictably, saying, ‘We may never know.’  Lots of questions were posed and opinions were provided on both sides. Interesting circumstantial evidence was discussed, but nothing that I would call ‘definitive’ came out of the study at all. Honest to goodness, the next time one of these programs comes on, I’m just going to watch the first and last five minutes and be done with it. It looks like these kinds of programs will all be the same until some idiot shoots one of these poor creatures and we have a carcass for all the world to see. I’m sorry, but some folks, even experts, sitting around a table and espousing their opinions, no matter how educated, is a futile exercise for the viewer. The only good that comes out of it is the very fact that it is being discussed at all.”

Faceless Man sends this in: “Good time waster for an insomniac like myself, I guess. Still, the fact that the theories they came up with were the same theories I have been trying to inform people of for the past few years tells me that either I’m ahead of the game, or they’re way behind.”

LH writes: “I enjoyed the show. I wish they would have discussed a little more in detail the dna from some samples that have shown ‘no known species’ all in all quite informative. I am glad they talked about the sound (screams) that are also reported. We hear alot about whoops but not about the other sounds.”

RH mentions: “Still trying to convince my wife to go camping with me…so she watched the show too. Did not like the fact that all the visuals of Bigfoot showed a scary, mean looking creature, with an angry look to it, rather than a more curious inquisitive demeanor. She still is too scared to go out with me, lol.”

CB notes: “I liked the show. Alot of great reenactments. Looked more of a round table discussion of intellectuals vs a real field investigative approach. Overall positive though.”

JW says: “I suspect the animation [made this look like MonsterQuest]. I find it hard to believe they slam the Patterson footage using the argument that special effects in 1967 could make anything look real and yet the computer animated stuff they use on shows like this, while highly technical, still look glarlingly fake in 2011!”

MW writes: “As far as the show, I thought it was interesting and thought-provoking. I am still not convinced or a believer in the theory that the creatures seen in the Pacific Northwest are nothing more then ‘wild men’ who were/are shaman.”

LM writes: “It didn’t add anything to the debate. I thought the proposed Shaman theory lacked any real logic. The close examination of the infamous Patty footage was the same old, same old. I did enjoy the map of global sightings and the monster-like like portraits that appealed to my inner 10 year old, so I guess that’s something to cheer. I guess there are worse ways to spend two hours but overall the programme was a disappointment. History Channel needs to rethink Cryptozoology.”

RM says: It was a great show on the mysterious Hominids. I agree with the conclusion of one of the guests that the Orang-pendak is the most likely to be found by science, hopefully this year. Bigfoot if he exisits is most likely an Ape of some sort. I look for Loren Coleman to lead the next expedition and to discover it’s existence.”

MB emails: “I was disappointed. It started well, and the reenactments were well done, but near the end it degenerated into wild and pointless speculation. Aside from Redmond and Meldrum, it’s clear none of the others had ever spent any time in the field looking for sasquatch, or else they would not have made such lame arguments. I was hoping Meldrum would shut them down during the P/G debate with his discoveries of leg injuries and moving mouth he uncovered in other documentaries. Granted, they have to ‘dumb down’ the show for uninitiated viewers, but I felt cheated. It hardly lived up to it’s optimistic title: ‘The Definitive Guide.’”

TCM comments: “Dr. Meldrum thank you very much for such a wonderful show. I learned a couple things that was intriguing in itself. the basket part carried by Mr. foot. Wild man introduction.”

JD: “I found the theory about the shaman interesting, but not plausible, as Kathy Strain pointed out! They started on some of the physical evidence, but just kinda left it! I’m sure many of you who are field investigators you recognized some of of the wooden structures! But nothing about the vocalizations, wood knocks, rock clacking, instead the show patterned the worn out old tabloids. The History Channel had 5 very credible scientists at their disposal….but apparently didn’t have a clue as to how to use them and their expertise, and produce a much better show! The only thing I took away from the show was the proclamation that someone needs to form a research team and spend 8-10 months in the field 24-7!.”

PM: “It’s not the scientists that will find bigfoot, it will be some researcher like us that will one day obtain the evidence! And yes it will take a rather lengthy expedition with qualified researchers who know what to look for to find the right spot. The Shawman thing in my opinion should be flushed down the toilet! I have never heard anything that stupid before in all my days of research!! I kinda felt insulted when I watched that part of the tv special! Do they really think that we are that stupid?”

SW says: “I was surprised that they was able to have a two hour show and talk about nothing. I thought it was not very good as BF shows go.” 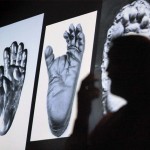 Let us hear what you thought of the History Channel special. Thank you. 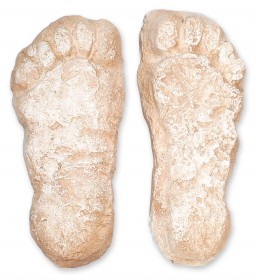 [For the sake of clarification, I, Loren Coleman, was only involved with being asked about a few images, late in the game. I was not asked for an on-camera interview or any consulting assistance to this program. As far as I could see, I did not even receive an end credit. Also, the ground-breaking new material about True Giants and the newer Denisovan results, beyond the initial finger bone, both from December 2010, were not included in this program. But new images, seen below and above, were.] 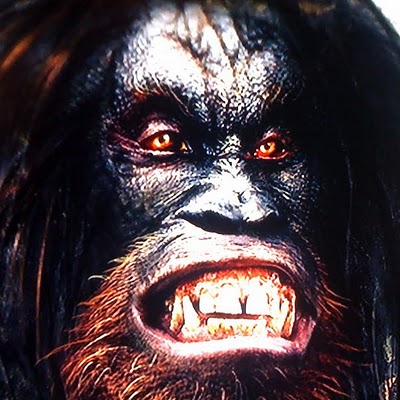 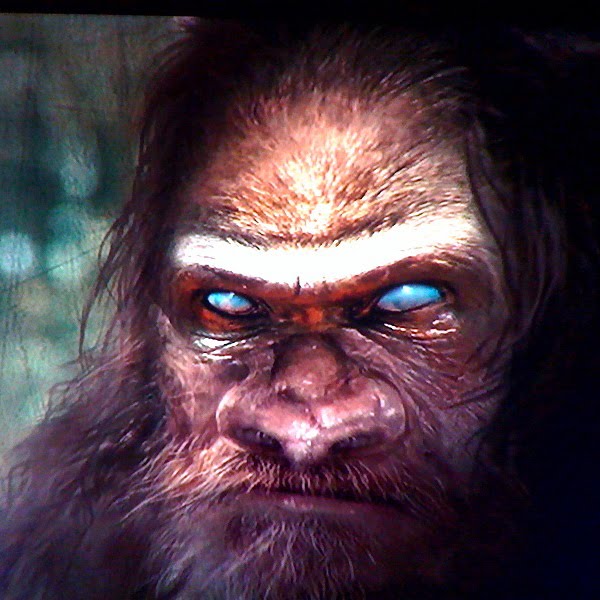 [Late thank you to the producers of this program. Dangerous Films of the UK have donated several of the light table sheets to the International Cryptozoology Museum for display.]