You are here: Home / Today the Patterson-Gimlin Film Turns 45

At TODAY’S < a href="http://cryptopalooza.com/">Cryptopalooza conference in Jefferson, Texas, I will speak of the Patterson-Gimlin footage’s filming and now importance, tied to this date of October 20th. This will mark the 45th anniversary of the event, and, my congratulations, once again, to two gentlemen for obtaining the best single, multifacted piece of evidence for the classic North American Sasquatch, Bigfoot, or Oh-Mah. Despite numerous attempts to discredit it, my sense is this one grows better with age. 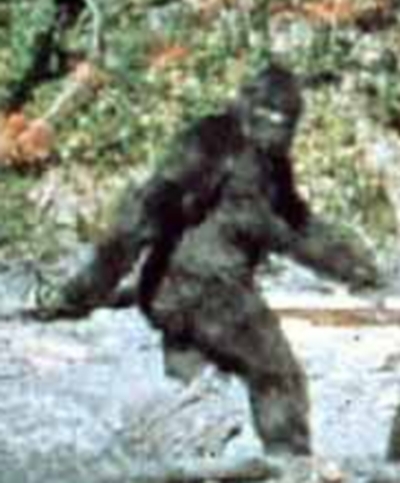 Anthropologist Grover Krantz, one of the good guys who sadly passed away on Valentine’s Day a few years ago, once estimated that about “100 million potentially visible track events” have occurred “in the last 40 years in areas where people coexist” with Bigfoot. That turns out to be about five possible track finds occurring every minute in the Pacific Northwest. Sightings, of course, occur much less frequently. A good piece of documentary-quality film footage of a Bigfoot is an even rarer event. 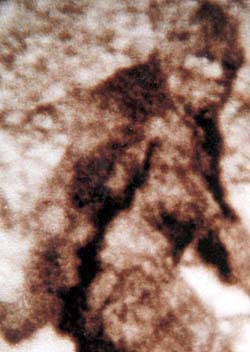 Why do I think the P-G footage is authentic?

I feel it combines many forms of evidence:

1. The event occurred in an area, in context, known for Native American traditions of these forms of hominoids. Locally, the cryptid is called oh-mah.

2. There are contemporary sightings, from the 1950s onward, here. Jerry Crew’s famed Bluff Creek finds of the footprints, and first use of the name “Bigfoot” date from those 1958 encounters.

3. In this specific incident, the animal was seen.

5. It was sensed by the horses. Patterson’s horse threw him off. 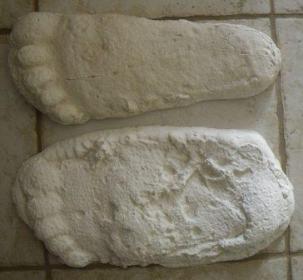 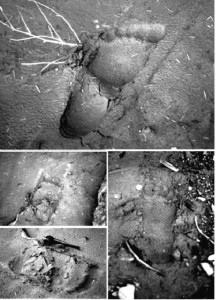 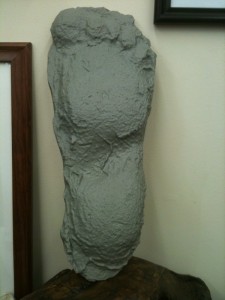 6. A trackway of ten prints was found, the tracks casted and preserved – via film and in a physical state – for others to analyze. Such examinations reveal flexible, animate feet for this cryptid, historically now known as a Bigfoot. Jeff Meldrum’s, following in Grover Krantz’s steps (no pun intended), are the two major analyses of them.

7. And finally, the apparent animal was filmed, and analysis of this footage by Americans, Canadians, Russians, and others verify this was authentic, probably recording an unknown primate, and it was not an elaborate or casual hoax, as assumed by debunkers and some closed-minded skeptics, in a few cases. 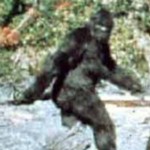 For me, all of the above combine (pancake, if you will) into the virtual and visible vortex of the best pieces of evidence for the existence of Bigfoot, short of a living or dead specimen, to date. 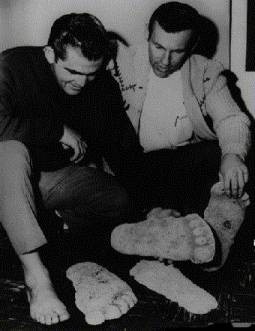 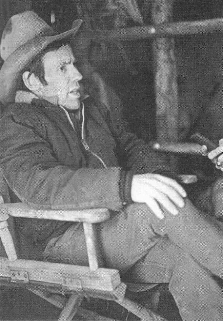 Here is how this specific Bigfoot incident is described in my The Field Guide of Bigfoot and Other Mystery Primates, which I coauthored with Patrick Huyghe.

While riding in the Six Rivers National Forest early one afternoon, Roger Patterson, an expert rodeo rider, and Robert Gimlin, a part Native American outdoorsman, rounded a bend and spotted a large upright creature on one of the creek’s sandbars. The dark, full-figured creature was covered with short hair (even on its large pendulous breasts) and possessed a sagittal crest. This bony ridge on top of the head, which supports heavy jaw muscles, has only been found, in primates, on certain fossil hominoids (especially Paranthropus) and among a few male apes, baboons, and other large modern species.

Patterson’s small Welsh pony smelled the creature and reared, bringing both pony and rider to the ground. But Patterson got up, grabbed his camera from the saddlebag, and while running toward the creature, took 24 feet of color film with the rented 16mm hand-held Kodak movie camera. The creature walked steadily away into the forest, turning its head once toward the camera. Gimlin, meanwhile, remained with his horse, a 30.06 rifle in hand, fearing his friend might be attacked. But the Bigfoot soon disappeared into the woods. Immediately after the filming and in the days that followed, casts of the tracks were taken from the many footprints–each 14.5 inch long by 6 inch wide–the creature had left in the sandy blue-gray clay soil.

Similar footprints found in this area over the years had drawn the two men from Yakima, Washington, to search the area and now they had 952 frames of color film to support the existence of this 6-to-7 feet tall, 500- to 700-pound creature. While scientists who have examined this footage remain divided on its authenticity to date–claims about men-in-suits from Hollywood notwithstanding–no firm evidence has surfaced to cast serious doubts on the film or the events that produced it. In particular, the apparent movement of the muscle underneath the hair argues strongly against a hoax. Native Americans, First Nation Canadians, and Alaskan Inuits all have legends, going back centuries of giant hairy men and women like the one seen in this film. 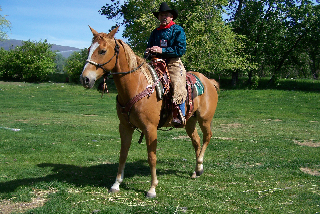 I can’t wait for the 50th anniversary!