We have learned from Tom Page and Peter Byrne that the longtime Bigfoot seeker Dennis Jensen has just recently passed away. Jensen was born on March 19th, 1942, and he died on February 4, 2015.

Jensen may have been a name in the background, but he was important in the early days of the Bigfoot hunt. After the discovery of over a 1000 tracks in the fall of 1969, Roger Patterson and Dennis Jensen traveled to Bossburg, Washington, in January, to examine the so-called “Cripple Foot” tracks. While Patterson would come and go during the investigations, Jensen would stay during the whole extended time there, with Rene Dahinden and others.

It was Jensen who explained to folks like Joe Metlow, a prospector, and Bill Streeter, a state wildlife agent, who dropped by the Sasquatch hunter’s camp, that money was hardly a consideration compared with the science of establishing the creature’s existence. In a “somewhat noble fashion,” was the way Rene Dahinden and Don Hunter characterized Jensen’s speech about it to visitors that January 1970. 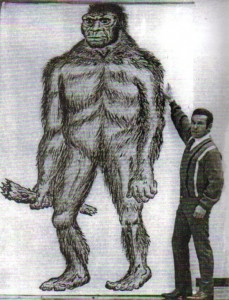 Roger Patterson and his quest. 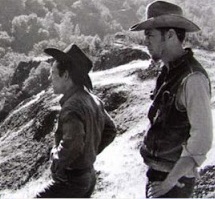 The well-known sponsor of expeditions, Tom Page, contracted Bigfoot hunting services from Roger Patterson and Dennis Jensen – shown above – (not spelled “Jenson,” as in the caption below), from 1969-1973.  Contractual arrangements also went to Peter Byrne, who likewise worked with Dennis Jensen during this time period. 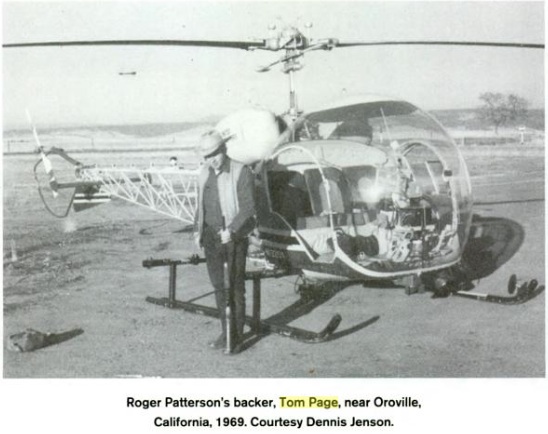 The extensive files donated by Tom Page of Ohio contain many records of Dennis Jensen’s late 1960s’ and early 1970s’ expense and field records, from his work with Roger Patterson.  These include even an account of Jensen finding a suitable Jeep Scout for $500 to use on the expeditions. The records rest in the archives of the International Cryptozoology Museum.

Thanks for help with hi-res images from T. Prescott.