You are here: Home / Ichthyologist and Cryptozoologist Eugenie Clark Remembered

Eugenie Clark, an American marine biologist with the nickname “Shark Lady,” died the morning of February 25, 2015, in Sarasota, Florida. She was 92. She was a friend of and teacher in the field of cryptozoology for decades. 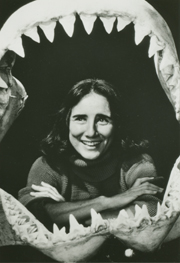 Eugenie Clark (1922 – 2015) served on the board of directors of the now-defunct International Society of Cryptozoology (ISC), and continued to maintain an interest in ichthyological cryptids and mysteries to the end of her life. The peer-reviewed journal listed an 8-member editorial board including 2 prominent ichthyologists, C. Levett Smith and Eugenie Clark.

Clark was involved deeply in supporting the ISC. For example, Dr. Clark was the first speaker at the 7th Annual Membership Meeting held on Saturday, May 14, 1988, at the University of Maryland, College Park, Maryland, giving a talk entitled, “Searching for Cryptic Deep Sea Sharks.” 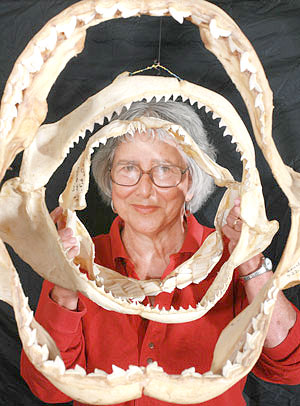 A well-known diver and scientist, Clark explored the underwater world of many seas. She became famous through a popular series of Scholastic paperback books, Shark Lady: True Story of Eugenie Clark, Lady with a Spear, Further Adventures of Shark Lady Eugenie Clark, and The Desert Beneath the Sea, often done by or with her frequent diving companion Ann McGovern. 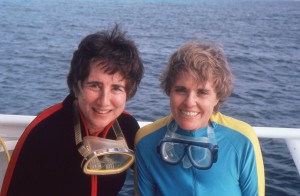 Among many biographies published about Eugenie Clark, an early favorite for youth was Eugenie Clark and the Sleeping Sharks. 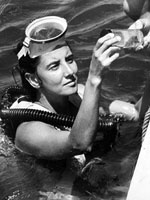 Clark’s many adventures included diving into caves in Mexico to study “sleeping” sharks, discovering a Red Sea fish that kept large sharks away, and proving that sharks have intelligence and good memory. 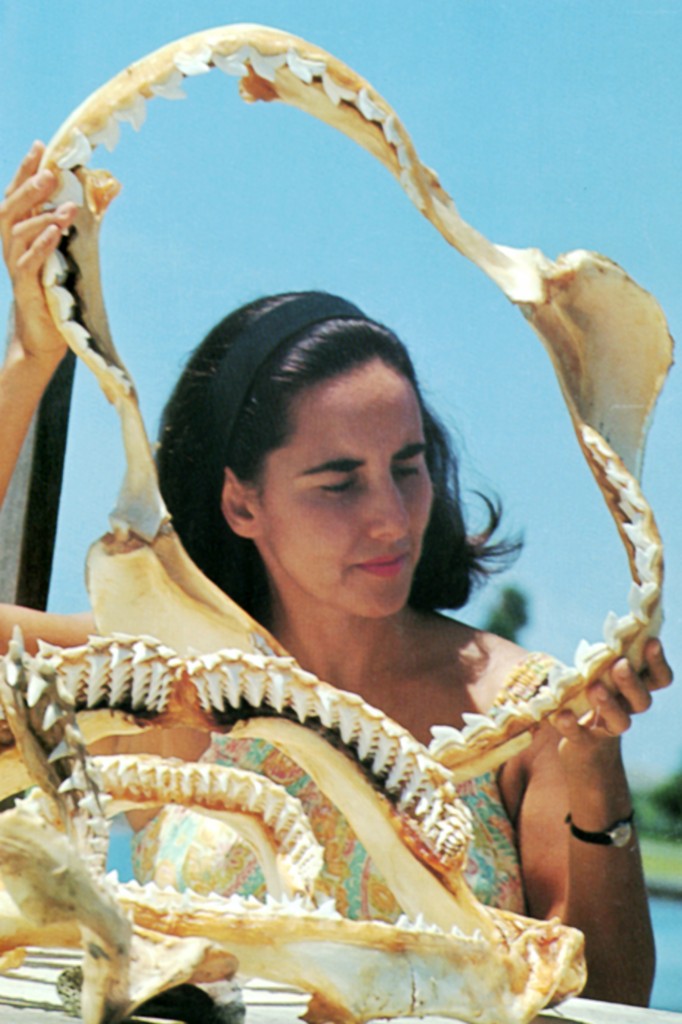 Clark’s interest in the oceans did not come from living seaside. Clark, a Japanese-American, was born and raised in New York City. She lost her father when she was 2 years old, and along with her Japanese mother and stepfather, began her interest in fish when she was nine years old and her family visited an aquarium.

Clark’s involvement with cryptozoology goes back decades. She maintained a passionate interest in discoveries of new species of fish for most of her life.

The following fishes have been named after Clark:

During her last few years, Clark was a professor emerita and senior research scientist in the Department of Zoology at the University of Maryland. A world-famous ichthyologist who began her studies on the behavior and reproductive isolating mechanisms of fresh-water aquarium fishes, Clark later combined her love for diving with the study of marine fishes: first hard-hat diving and snorkeling, then using scuba and submersibles, including ROVs. Clark studied shark behavior in the deep sea from submersibles at depths of 1,000 to 12,000 feet, conducting 71 dives off Grand Cayman, Bermuda, the Bahamas, California, and Japan to study the behavior, movements, and population density of large deep sea fishes.

Clark’s scientific writings began in 1947, with, “Notes on the inflating mechanism of the swell shark, Cephaloscyllium uter,” in Copeia, No. 4: 278-280. Besides Clark’s involvement with the ISC’s publication Cryptozoology, she also is listed as one of the coauthors (Pierce, S.K., Smith, G.N., Clark, E. and Maugel, T.) in 1994, for the article, “On the giant octopus (Octopus giganteus) and the Bermuda blob: homage to A.E. Verrill,” in Biological Bulletin, 188: 219-230.

Professor Eugenie Clark was a member of the faculty of the Department of Biology (then Zoology) from 1968 until her retirement in 1992. During her time at Maryland Dr. Clark was known as an outstanding teacher of marine biology and an exceptional mentor.

Dr. Clark was internationally known as the “shark lady” because of her pioneering work on the behavior of sharks. She received her doctorate from New York University in the late 1940s. In 1953 she published an autobiography Lady With a Spear that became an international best seller for over a year. The book has influenced generations of young people to consider careers in science in general and marine biology in particular. Several other books by or about Dr. Clark have also been best sellers, and the 1998 book by Ann McGovern, Adventures of the Shark Lady: Eugenie Clark Around the World, was the best selling book every published by Scholastic Book Services until they published Harry Potter.

During her long and very distinguished career Dr. Clark published numerous scientific papers, over 12 articles about her research in National Georgraphic Magazine, was instrumental (along with her friend Anwar Sadat) in founding the Ras Muhammad underwater national park in Egypt, and conducted research all over the world (and she continued doing that as long as she physically was able).

Dr. Clark founded the Cape Haze Marine Laboratory in Sarasota Florida (now the Mote Marine Laboratory), where a memorial service to honor her is being held. Her many honors include three honorary degrees, an Emmy Award, being named honorary director of the Explorer’s Club, having four different fish species named for her, and she has been the recipient of numerous awards from US and international organizations for her contributions to science and for her exceptional ability to communicate science to the public. One of Dr. Clark’s greatest contributions has been her unique ability to share her excitement of and about science with audiences that range from grade school children to senior scientists. For this truly important contribution as a scholar, Dr. Clark received the President’s Medal from the University of Maryland in 1993.

Eugenie Clark has been honored with the naming of a building after her in 1988, the Eugenie Clark Home Room building at the Pine View Elementary School, Sarasota, Florida. She was recognized on International Women’s Day, in 2015, for her outstanding accomplishments and the nature of her role as a model for young women.

Her daughter Hera Konstantinou continues the family’s diving tradition and watery links. Hera Konstantinou is a member of the faculty at the Department of Wildlife & Fisheries Sciences, Texas A&M University, and openly maintains an interest in Mermaids.