You are here: Home / This is Melarkey: New Irish Monster Photographed? Or New Hoax Created? 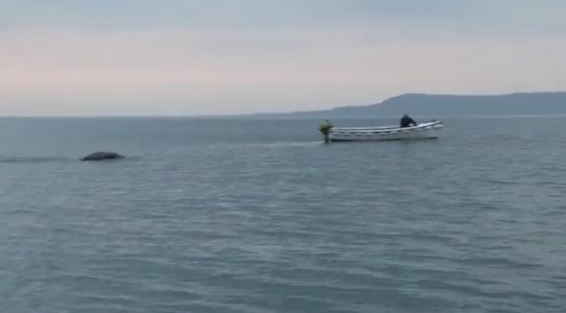 Three college students were filming a short movie as a class project at Lough Foyle, a large tidal estuary in County Donegal, Ireland, when something very odd moved through the water in front of them, UPI reports.

“Looks like we have our own Loch Ness Monster!” Conall Melarkey, a student at North West Regional College in Derry, Ireland, wrote in his posting of the video clip to YouTube.

“I have absolutely no idea what it is, but it looked amazing!” Melarkey wrote.

The 59-second video shows a dark object of a size that can be scaled due to the boat in the shoot. It is seen moving slowly along the surface of Lough Foyle before going slowly beneath the waves. If video is not visible above, click here.

The college student’s name game for this video appears to give away a clue that it may be a hoax.: ”Conall Melarkey.”

Such pranks and fakery is not unheard of in cryptozoology history. In 1948, two Norwegian uranium prospectors, Aage Thorberg and Jan Frostis claimed to have been attacked by one of two Yetis they encountered near Zemu Gap, in Sikkim; Frostis’ shoulder was allegedly badly mauled. Ivan T. Sanderson called it “suspected fabrication,” and Bernard Heuvelmans noted the hoaxed seemed to be apparent in the names used.

It will be recalled that one of the names of the individuals who pushed the “Ozark Howler” hoax was “George O. Choangle.” The C. H. O. Angle loosely means 180 degrees opposite from what it is. 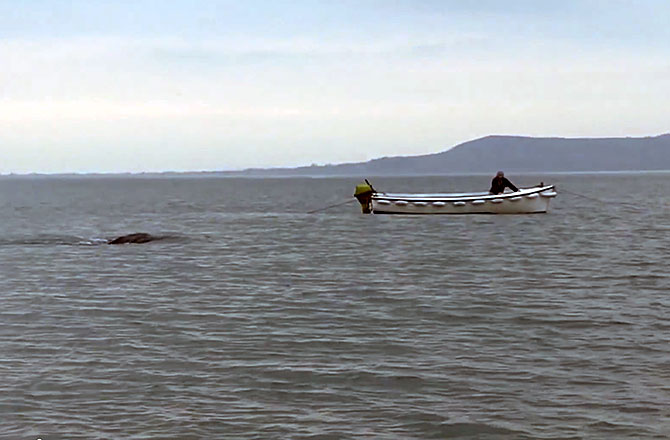