You are here: Home / Top Nine Coelacanth News Items of 2019 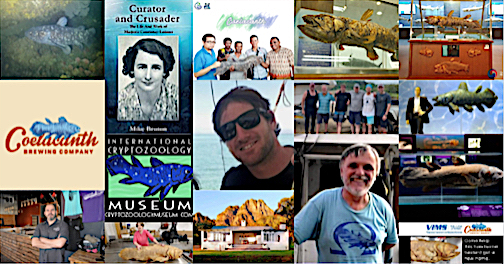 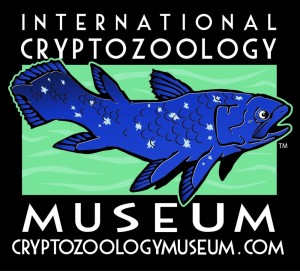 With deep appreciation, we thank Rik Nulens of Belgium, who has assembled a new coelacanth bibliography and inventory updates every year, for the last 25 years. The points below are his words, and news from Jerome Hamlin of Dinofish, edited and reworked for this list. I thank them.

This compilation is posted for all readers of the CryptoZooNews and followers of the International Cryptozoology Museum in Portland, Maine (whose logo is the coelacanth).

The top stories of 2019, in the realm of the “living fossils” of Latimeria, include: 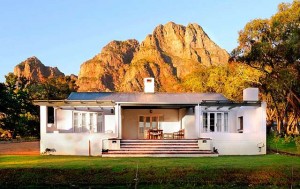 Also it was the 20th year of it being a National Facility of the National Research Foundation (NRF) in Makhanda (formerly known as Grahamstown), South Africa.

On 13th December 1968, the Council for Scientific and Industrial Research  (CSIR) and the Rhodes University in Grahamstown (now Makhanda) jointly resolved to establish the JLB Smith Institute of Ichthyology in a new building in Somerset Street in honor of JLB Smith, and appointed Miss Margaret Mary Smith (nee Mcdonald) as the first director.

The South African ‘Science and Technology’ landscape was in the transformative grip of the new Science and Technology Policy of National System of Innovation, and in April 1999, as of the beginning of the 1999 – 2000 financial year, the Department shifted the Institute to the new National Research Foundation (NRF) as a ‘National Facility’.

Mike Bruton, ex-director of the JLB Smith Institute of Ichthyology (now the South African Institute for Aquatiic Bodiversity) in South Africa, has followed the publication of his biography on Professors JLB and Margaret Smith (The Fishy Smiths) with a comprehensive biography on the other key figure in the discovery of the first coelacanth, Dr Marjorie Courtenay-Latimer. Marjorie, who lived from 1907 to 2004, was the first director of the East London Museum (1931-1973) and an important pioneer in botany, anthropology, palaeontology, conchology and ornithology in South  Africa yet she is best known for her role in the discovery of the first coelacanth in December 1938. 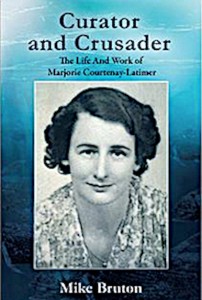 The book, Curator and Crusader. The Life and Work of Marjorie Courtenay-Latimer (ISBN 978 0 6399326 99; 292 pages) was published in July 2019 by Footprint Press in Cape Town and can be bought directly from the publisher, David Hilton-Barber (david@footprintpress.co.za) or purchased online from Hilton-Barber.
3) Professor Hans Fricke Retires 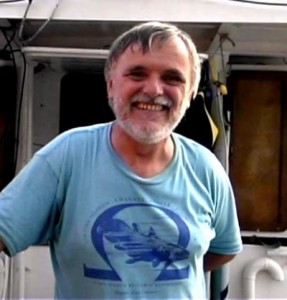 “The Man Who Swims With Coelacanths,” Hans Fricke

For most of his days, Fricke worked at the Max Planck Institute for Behavioral Physiology near Munich. In 1988, marine biologist Hans Fricke was the first to photograph the species in its natural habitat, 180 metres (590 ft) off Grand Comoro’s west coast. 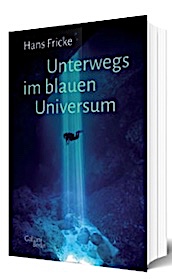 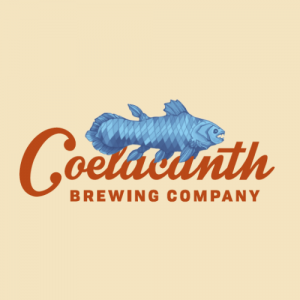 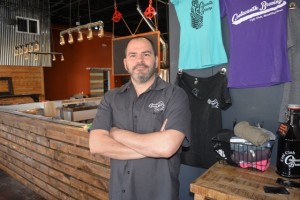 In 2018, it was noted that the Virginia Institute of Marine Sciences-coelacanth needed a new “home” and the Coelacanth Brewing Company (which had opened December 2015, founded and owned by Mr Kevin Erskine, pictured) joined forces with VIMS on May 11, 2017. They wished to help raise money for a new tank so that the coelacanth could take her rightful place back in the visitor center at VIMS. The slogan was “Come help this handsome bastard to get a new home. Every beer you buy goes towards replacing the tank!” It was a great success which resulted in the April 2018 opening of that new home at the VIMS Visitors Center becoming fact. The specimen remains in a 70% ethanol liquid.

But now comes the news that the brewery have definitely closed their doors December 29, 2019. The award-winning Coelacanth Brewing Company, 760 A West 22nd St. Norfolk, VA 23517 closed their doors after four years 2015-2019. The International Cryptozoology Museum are engaged in talks with them to obtain some swag for historical preservation purposes. 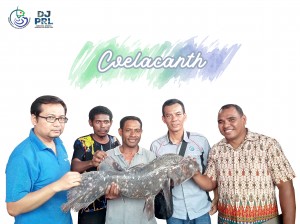 A new coelacanth [Indo 9 – CCC 306] has been caught in Papua Indonesia on Saturday, June 15, 2019. Same area as the one captured last year [Sorong district]. The specimen is less than 1 meter in length. A team is there to do the measurements and the follow up so this time the specimen will be saved for further research.

One at the Museum in Charleville Mézières (CCC 307) and another one at the Pukyong National University in South Korea (CCC 308).

• The first one was a private gift from a former teacher who worked in a school in Mutsamudu, Anjouan. (personal communication with the responsible from the SHNA Museum in Charleville Mézières). The museum is closed since 1970 but the coelacanth is still there. 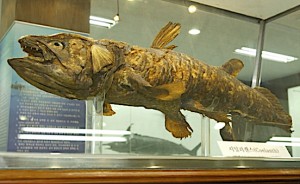 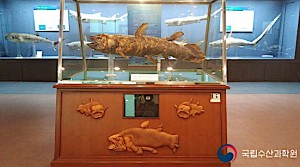 • The second one was a  presidential gift from the Comoro president Ahmed Abdallah Abderemane to Korean president Chun Doo-hwan on occasion of his visit in Korea on October 15, 1986.

(Personal communication with the responsible parties at the Pukyong University Museum.)

A new coelacanth was caught between November 18-22, 2019 at Anjouan, Comoros. It was about 110 kg, a female, ready to give birth. It was alive when caught and died later. It was stored in a freezer on Anjouan. Unfortunately, after many attempts, no further information is available on this specimen. Nothing appeared in the press. 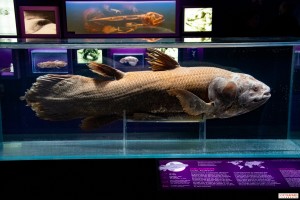 Several coelacanths from the MNHN in Paris are on display from April 3, 2019 until January 5, 2020 at the Exhibition “Océan une plongée insolite” in the “Grande Galerie de l’Évolution” of the MNHN (Muséum National d’Histoire Naturelle) in Paris, France. 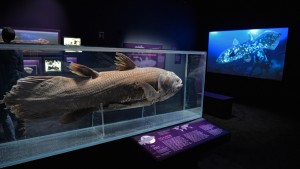 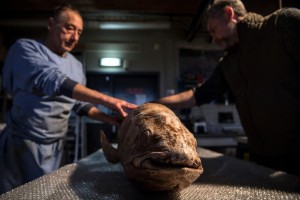 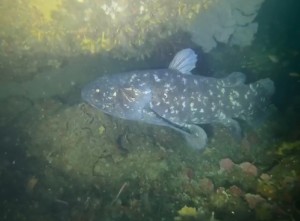 Hundreds of kilometers south of the known colonies at Sodwana, diver Alan Fraser, and a group of friends, spotted a coelacanth near Puluma during this November, 2019 dive.  The sighting on South Africa’s east coast, south of Durban, is reportedly the second shallowest ever recorded at 72 meters, and occurred in a submarine canyon near the mouth of a river. Apparently the group had been unable to get diving permits for Sodwana. There will undoubtedly be follow up dives in the area. Source, plus. 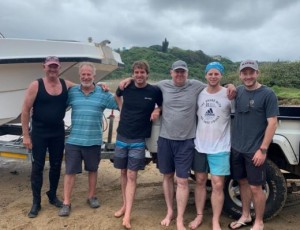 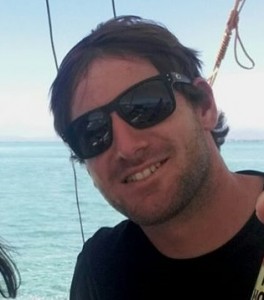 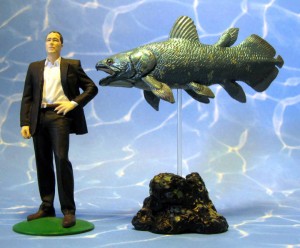