Strange Bird or Beast Reported to be Near Staunton, Va.

Staunton, Va., Feb. 3. – Report comes that David Meeze has just seen what some declare is the famous Jersey Devil, which was reported to have first been seen in New Jersey, whence it gets its name. Meeze says that the strange bird or beast was flying directly over him and had a head like a horse and feet and legs like a mule. It soars along on great red wings. It is said that the animal was seen in West Virginia some months ago. It is supposed to live in the mountains, feeding on bear and deer. It is the most extraordinary combination of beast and bird ever seen in these parts.

For more information on this topic, please refer to: 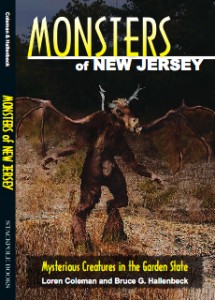