You are here: Home / Tucson Shooting Suspect Posted On Giants

A Washington Post article by David A. Fahrenthold, Washington Post staff writer, on Tuesday, January 11, 2012, dealt with the appearance of Jared Lee Loughner at the Above Top Secret site.

Throughout the ATS site various discoveries, amongst a bit of deleting, appears to be occurring. Jared Loughner, a/k/a Erad3 posted on Chupacabras, NASA conspiracies, and even, apparently True Giants, as can be revealed by some cache finds.

On June 7, 2010, for example, in response to a discussion about whether or not there were giants on the Earth in ancient times, here’s what erad3 had to say in “Giants Really Were Really Giants“::

You’ll tell every poster that these giants are real, and other sources tell the truth, so they must exist!

Everyone on this forum will never believe that they exist.

How sad it is for the size of a toilet.

Let’s not forget, as  Village Voice Media Executive Editor Michael Lacey observed: Loughner’s actions were more the result of mental illness than ideology. It is from that framework that we should be looking for the behavior contagion triggers, not the cryptopolitical or the cryptid ones, for to do so merely joins Loughner in his mental illness, as noted in my book on that subject. 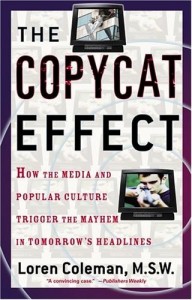