You are here: Home / Yetis Are Bears? Not So Fast!

Yetis Are Bears? Not So Fast! 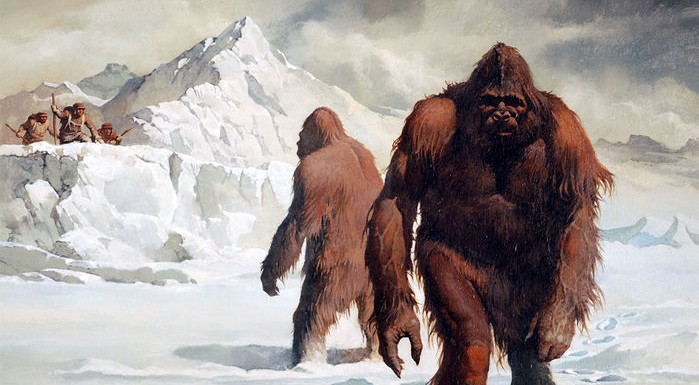 As often happens when viewed through a series of press releases and news treatments, a new DNA study in the Proceedings of the Royal Society B of nine alleged “Yeti” samples obtained from the Icon Films television documentary company and of some known bear samples has rocked the media with claims that “Yetis are bears.” (Science News, “So much for the abominable snowman. Study finds that ‘yeti’ DNA belongs to bears.”)

For decades, cryptozoologists have pointed to there being three kinds of Yetis – a small Yeti, a human-sized Yeti, and a quite large bear-like Yeti. Explorer Tom Slick investigated these three types in the Himalayas in the 1950s. Bernard Heuvelmans and Ivan T. Sanderson in the late 1950s and 1960s, as well as modern researchers this century, including myself, Mark A. Hall, and Patrick Huyghe, called this variety the Dzu-Teh.  The recent Bryan Sykes’ study confirmed there were bear artifacts behind some of the so-called Yeti samples he studied and which were highlighted by Icon Films. Should we be surprised that “bear” results are to be found if selections of those samples are retested?

“nine samples were provided to us by the Reinhold Messner Museum and the Icon Film Company.”

Also from the paper:

“Although anecdotally associated with local bears (Ursus arctos and U. thibetanus), the exact identity of ‘hominid’-like creatures important to folklore and mythology in the Tibetan Plateau–Himalaya region is still surrounded by mystery. Recently, two purported yeti samples from the Himalayas showed genetic affinity with an ancient polar bear, suggesting they may be from previously unrecognized, possibly hybrid, bear species, but this preliminary finding has been under question.”

Two of the samples (tooth and fur) from Messner’s so-called Nazi “Yeti” (pictured) were understood to be implanted teeth (Canis) and non-primate fur (Ursidae), already by investigators. Two other samples were misidentified by Sykes as at first ancient polar bear, then hybrid brown-polar bear, and brown bear, nevertheless, were bear. Icon Films produced several films that funded Sykes to do DNA tests on dozens of samples, and via information from Sykes’ book and in Icon’s documentaries (also the “Bigfoot” one), bear results were detailed. If only “nine” samples were sent along to Dr. Lindqvist, why only those? 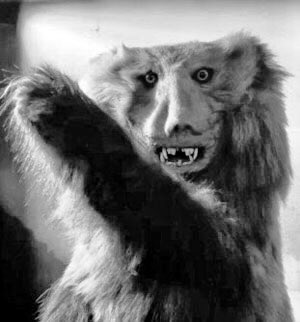 Icon Films selected the samples. Dr Lindqvist noted in her paper, beyond the Nazi Yeti/bear, other samples’ origins were previously found to be bear: “Based on a short fragment of the mtDNA 12S rRNA gene from two samples collected in Ladakh, India and Bhutan, respectively, and a 100% match to a sequence recovered from a subfossil polar bear, Sykes et al. speculated that an unclassified bear species or hybrid of polar bear and brown bear might be present in the Tibetan Plateau–Himalaya region.”

In the Sykes study there was an extensive tracking and detailing of the samples collected. Sykes’ funding came from Icon Films. They then took possession of scores of samples. Dr. Lindqvist’s nine samples for Yeti come via Icon without the detailed tracking, apparently, and from Messner (who has also been associated with Icon). Who funded Dr Lindqvist’s study, partially? Icon Films.

Icon apparently did not give a detailed rendering of the date and location of collection of the nine “Yeti” samples, as evidenced in the paper. If there is such a list somewhere, I’ve not seen it.

Of course, with this new study, you’ll have to read a bit deeper to discover if the samples were biased and if the conclusions were going to be about bears. Some cryptozoologists have been asked their opinions to lend some balance.

Jonathan Downes, director of the Centre for Fortean Zoology, said that while he applauded the scientific work and agreed that many samples are obviously from bears, he believes the mystery is not yet solved.

“I think there is still a possibility that there are unknown species of higher primate which are still awaiting discovery in what used to be Soviet central Asia,” he said. 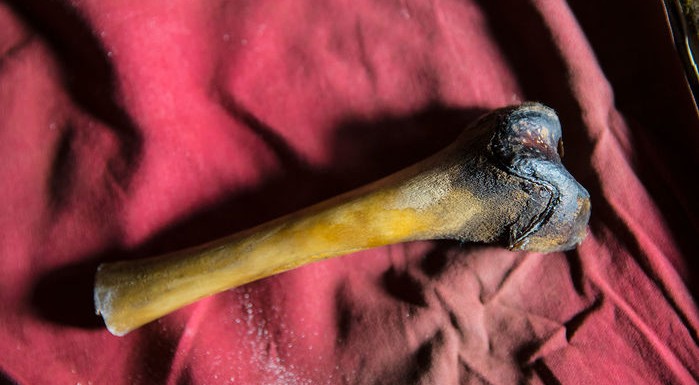 There is no question that the the folklore surrounding the potential existence of a relict hominoid species in the Himalaya has been conflated with bears to varying degrees. However, the recent publication by Lan et al can hardly be considered the final word on the identity of the yeti. The supplemental information (not accessible by all readers) provides descriptions of the samples submitted by Icon Films, but a casual viewing of their documentary makes it apparent that most of the sources were known bear specimens to begin with, for example the hideously taxidermied bear mount in the Messner Museum, endowed with obvious canid teeth. Pluck some hairs from an obvious bear pelt and it should come as no surprise that the resulting DNA identification is bear! The documentary producers had a clear agenda from the outset — dispel the yeti mythos as mere folklore surrounding bear. This was quite apparent throughout the course of my interview with them and in the resulting production (The same was attempted in the documentary with the North American sasquatch, focusing nearly all their attention on samples, provided by an admitted bear poacher, which had previously been identified as bear!)

The most compelling evidence of a relict hominoid species in the Himalaya remains the footprints documented by the McNeely-Cronin Expedition to the Arun Valley in 1972. [The Arun: A Natural History of the World’s Deepest Valley (Boston: Houghton Mifflin Company, 1979); “The Yeti – Not a Snowman,” in Oryx (1973, 12: 65-73).] The Icon Film producers were not interested in considering this evidence during my interview. Unraveling the bear and hominoid threads remains the challenge before serious investigators. But to ignore the evidence suggesting a possible hominoid, while making dismissive statements based on questionable “yeti” evidence readily attributable to bears is hardly an objective approach.

Loren Coleman, who runs the International Cryptozoology Museum in Portland, Maine, is taking issue with the study because [some of - LC] the samples supplied by Icon Films were already declared to belong to bears in “Yeti or Not.” [And in other Icon productions and Bryan Sykes' book - LC.]

He added that cryptozoologists have always considered [that one of the cryptids called - LC] the yeti could be a species of bear, but says there’s evidence suggesting the existence of a smaller creature and even one the size of a human.

Coleman claimed that DNA tests on what may be a small-sized yeti have been inconclusive. He also said proving the yeti isn’t just a bear puts researchers like him in a catch-22 situation.

“Until we discover a yeti, we’ll never have a sample of yeti DNA, so the only matches that come up will be from samples of bear,” he told HuffPost. 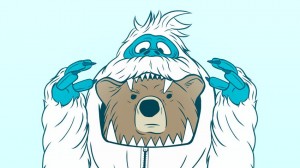 In the end, the unfortunate outcome of this broader media story may be the general public thinking, for the immediate future, that “Yetis are just bears.”