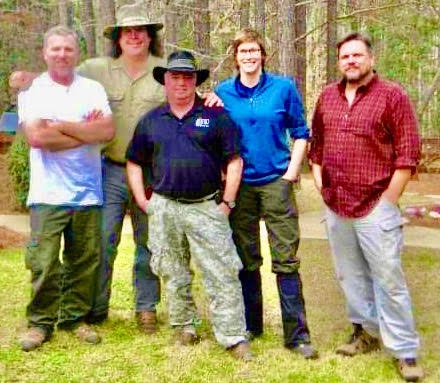 David Wright in 2011 with the hosts of Finding Bigfoot (Travel Channel).

See video here, if not visible above.

In the news interview, Wright said he felt Bigfoot would be proven in his lifetime. Sadly, that was not to be.

A strong-willed individual, Wright was told in 2007, by MIddleburg schools that as a teacher he was to stop teaching about Bigfoot. In a news report in late 2007, Wright was called the “Know-It-All” Bigfoot expert by a news station, and he went on Cryptomundo to push back. Saying he was a “very active BFRO Investigator in N. E. Florida,” he said that reports of a Florida “orangutan” or “a juvenile Bigfoot” on the Fox News was instead a “spider monkey.”

Wright went on to say:

In GOOD investigative form, I did not sit on my butt and take the story at face value like so many do, but got into the field to further my investigation by trying to find the actual witness, which I did on Saturday, the 17th, accompanied by another BFRO Investigator. And by the way, that was NOT the original reporting witness in the news video, as you wrongly stated in your article. I personally interviewed the original witness. It was in this face to face interview that I discovered that when the witness made his initial sighting, he saw a very distinct 2.5′ long tail on the creature as it “ran” through the trees. Upon retrieving his binoculars and viewing the animal’s face looking directly at him, he stated that it was the face of a monkey. Based on the size of the animal as described being 3′- 4′ tall, and running and leaping through the tree tops, that pretty much rules out the lethargic orangutan, and the long tail certainly rules out a possible juvenile “skunk ape”, leaving the most likely culprit to be a spider monkey. Monkeys on the loose in Florida are not uncommon, as being escaped exotic pets or more likely, wild descendants of monkeys imported to Florida for the early Tarzan movies.

Wright’s heated public response was followed soon by an email of another tone. I wrote on November 20, 2007:

I have since received an apology from Mr. Wright for the tone and language in his email, as he now realizes I was merely dealing with the “media report” of what he said.

A long-time member of the BFRO, who contributed many investigations to their state pages of Bigfoot sightings, Wright resigned from the BFRO in 2012.

His health appears to have begun declining a few years ago.

Wright’s passion will be missed in Florida hairy hominoid investigations. R. I. P.

(Thanks to Todd Prescott and Caroline Curtis for info and the top photo on David Wright’s passing.) 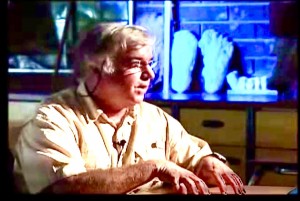 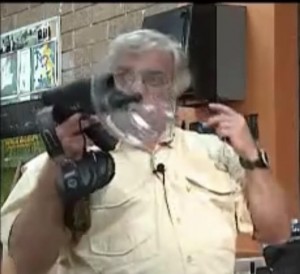 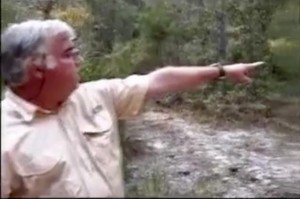 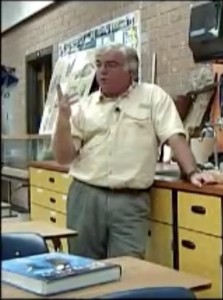 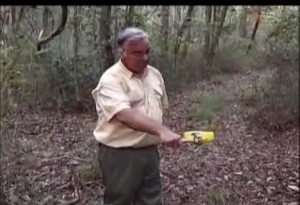