You are here: Home / Top Ten Cryptozoology Books of 2008

Top New Cartoon of 2008 honors go to CryptoZooey (example, above) by Steve Troop

This gathering encompasses the top picks for books published in 2008, specifically detailing various aspects of the field of cryptozoology (the study of unknown, hidden, and as yet to be verified animals).

In general, it was a thin year for new and original titles and a good twelve months for reprints of classic books. With the exception of the rare notables, 2008 was a disappointment in terms of innovative book-length analyses of individual cryptids (the animals that are the focus of cryptozoology).

The present state of instant publishing, sadly, has resulted in so-called cryptozoology books being printed that contain passages like this one: “Some of the more famous cryptids include the following: Bigfoot, Sasquatch, The Yetti [sic], The Yowie, The Lock [sic] Ness Monster (‘Nessie’).”

Unfortunately, without good editors, more books like that unnamed example may start popping up in the future. But those won’t be mentioned on my lists and hopefully they will fade away. Readers do the final weeding out, and these suggestions are merely my gleaming of the finer tomes that have made it to my reading lamp.

Therefore, here listed are my top choices, from the copies of credible books sent or purchased for review. Please note, each book is acknowledged and noted for a speciality unto itself.

My congratulations to the hard-working researchers and authors who compiled these winners.

Read more about this book here. 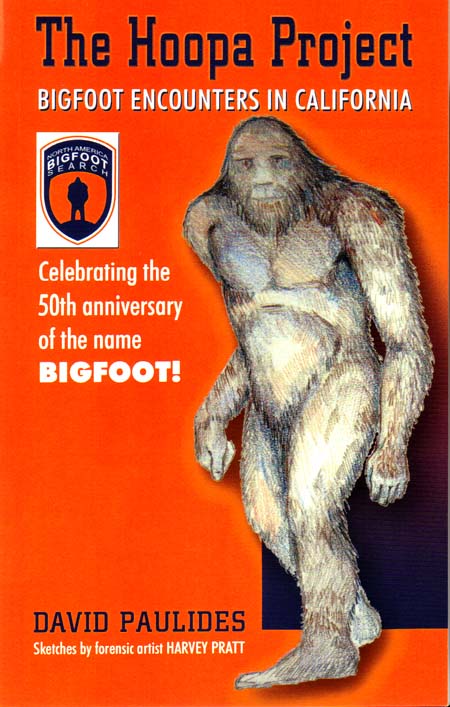 The Hoopa Project by David Paulides

There’s Something in the Woods by Nick Redfern

CFZ Expedition Report: Guyana 2007 by The Centre for Fortean Zoology

#7 – Cryptozoology Field Guide of the Year

Monster Hunt: The Guide to Cryptozoology by Rory Storm

#8 – Historical Cryptozoology Book of the Year

In the Wake of Bernard Heuvelmans by Michael A Woodley

#9 – Academic Cryptozoology Book of the Year

Images of the Wildman in Southeast Asia: Social Values, Archetypes and Existing Creatures by Gregory Forth

#10 – Cryptozoology Art Book of The Year

Werewolf Books of the Year

The Book of Werewolves by Sabine Baring-Gould

Timothy Green Beckley’s Big Book of Werewolves: In Reality! In Folklore! In Cinema! And In Lust! by Timothy G Beckley

The Devil’s Ridge by Andre Bergeron

Books not received cannot be read, reviewed, and referred for a spot on the annual lists. Please forward copies of your books to the address below. Separate cryptofiction and children’s book listings may be forthcoming, if more submissions appear to warrant a fuller selection process.

Donations, via a check, money order, or, if outside the USA, an international postal money order sent to the “International Cryptozoology Museum” supports the research and saving of the collection.

You may also merely use PayPal to LColeman@maine.rr.com

An easy-to-use donation button is now available merely by clicking the blank button below, which takes you to a donation site without you having to be a member of PayPal. Thank you!