You are here: Home / At the Beginning of Bigfoot: Jay Rowland, 86, of Wallace Brothers Construction, Dies

At the Beginning of Bigfoot: Jay Rowland, 86, of Wallace Brothers Construction, Dies 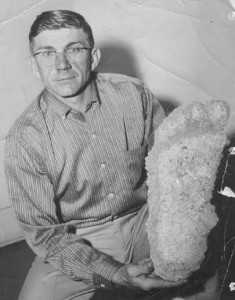 Now the last one standing is gone. 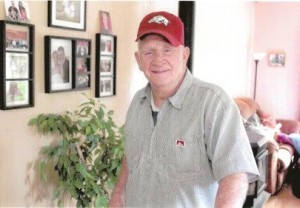 Jay Rowland, 86, who worked for the Wallace Construction company, and was on Jerry Crew’s crew in 1958 when the “Bigfoot” incidents occurred, has died. 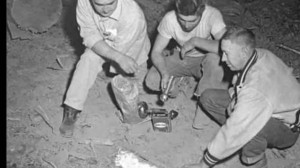 In February of 1967, Sasquatch researcher John Green interviewed Shorty Wallace and Jay Rowland. Shorty’s brother is notorious hoaxer Ray Wallace. Although there may be controversy and varying opinions concerning Shorty’s credibility, Green’s interview nonetheless captures a perhaps pivotal moment in time before the notorious Patterson/Gimlin film of October 20, 1967. Shorty and Jay recount some snippets of sasquatch sightings and track finds (pre-1967) while taking the listener on a journey back in time. A special thank-you to Steven Streufert and Jay Rowland for allowing the use of Jay’s photo in the video. Thanks also to Steven for ‘getting my butt’ in gear to ultimately begin the process of making the John Green interview collection public (as John hoped for).  [From and copyrighted by] Todd Prescott

The following is the Shorty Wallace and Jay Rowland interview by John Green. (If the YouTube video does not work, click here.) 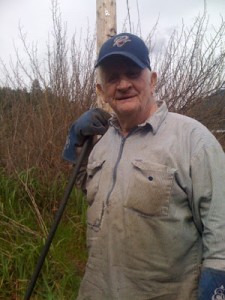 Below is Rowland’s formal obituary from the Lost Coast Outpost:

J. R. Rowland passed away on February 12, 2019 with his faithful dachshund, Tiger. Jay was born January 27, 1933 in Danville, Arkansas to Robert Bennett and Mittie (Caire) Rowland.

Jay moved to the Taft area in the early fifties as a young man looking for work in the oil fields. He met his wife Toots there and fell in love with his best friend. In 1957 they relocated their family to the mountains of Willow Creek. He loved living in the mountains and made his living as a logger and heavy equipment operator. He was happiest when he was operating heavy equipment, which included D7 and D8 caterpillars, loaders and road graders. He worked for many different logging and construction companies which include the Wallace Brothers Construction, where he formed a lifelong friendship with Shorty Wallace, Humboldt Fir, Galt Logging, O’Connell Logging, and finished his career with McIntosh Construction Company. Jay enjoyed sharing his experiences with the Bigfoot legend and had been interviewed many times and mentioned in numerous books. He was asked many times to take Bigfoot researchers into the Bluff Creek and surrounding areas to share his experience of the Bigfoot legend. He loved sharing stories with others of the good old logging days of his youth.

Many times throughout the years his expertise working with heavy equipment was used on highway construction jobs, building roads into the wilderness areas and fighting forest fires including the Hog Fire on the Salmon River in 1977. During the 1964-65 flood, he along with a lot of other local men, were recruited to help with the evacuation of flood victims, working on restoring roads, and anything that needed to be done during that devastating period.

A Celebration of Life will be held on Sunday, March 17, 2019 at the Salyer Wayside Chapel at 2 p.m. Please feel free to come and share your memories of our Dad and Granddad.

The obituary above was submitted on behalf of J.R. Rowland’s family.