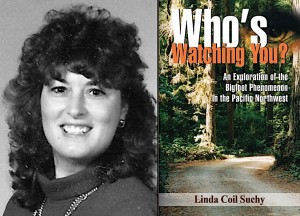 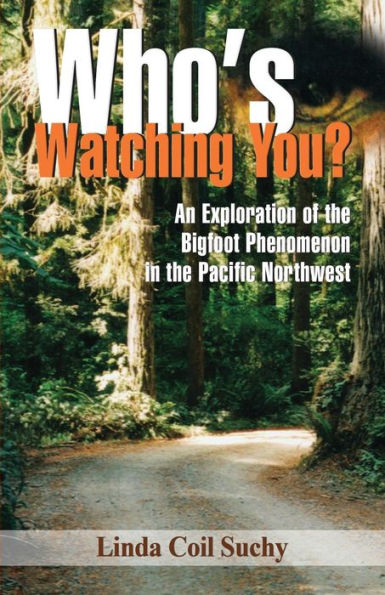 Christopher Murphy has send along the belated news of the death of Hancock House author Linda Coil Suchy in 2016. Her book, Who’s Watching You: An Exploration of the Bigfoot Phenomenon in the Pacific Northwest was published in 2009, and lists Murphy as the Editor, as he assisted extensively with seeing this volume come to light.

Murphy details his feelings below, followed by Suchy’s official obituary: 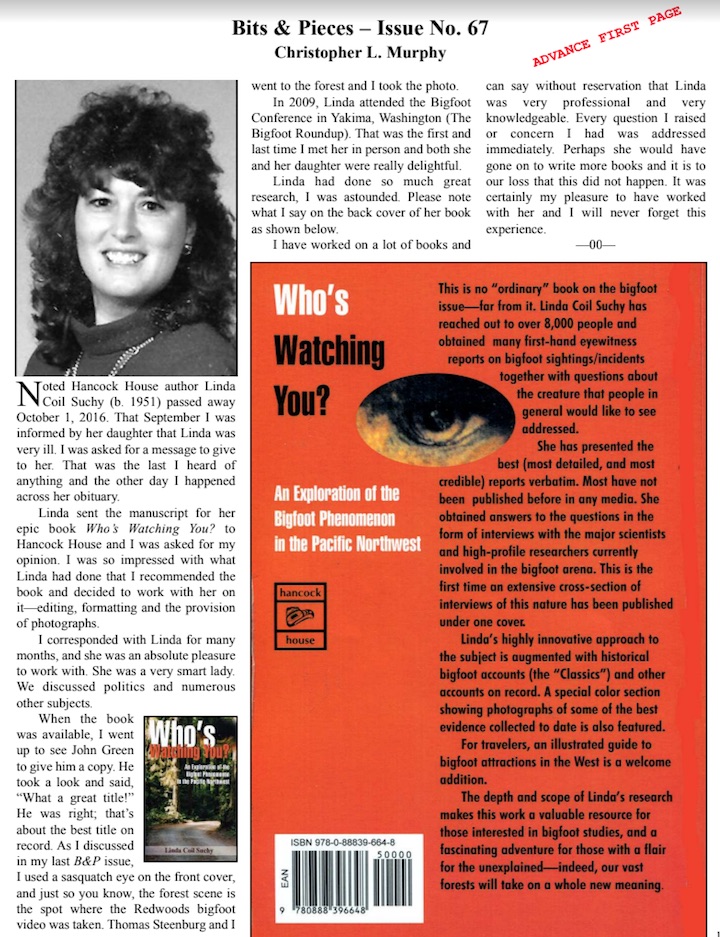 Our thanks to Christopher L. Murphy for communicating this sad news to the Bigfoot community.