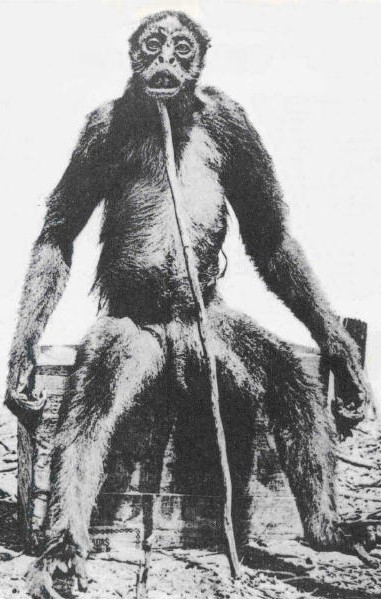 The cropped photograph of the so-called Ameranthropoides loysi, de Loys’ alleged “ape,” illustrates the political type of motive behind one of the most sinister hoaxes of all times (see #10 below).

My choices for the top ten major reasons that exist for hoaxing in cryptozoology are:

(1) fiscal gain (e.g. allegedly the reason behind a hoaxster’s “Coast to Coast AM” radio appearances was so the guest’s broadcast claims of a “captured Bigfoot” video he said he was going to post online would encourage “subscribers” to pay a fee to “see” it; in the case of the Georgia hoax, allegedly $50,000 was aquired);

(2) fifteen minutes of fame (e.g. the late Ivan Marx, the late Ray Wallace, the Georgia hoaxers, and other members of the hoaxing fraternity appear to have had a psychological need for media-attention, resulting in a temporary sense of celebrity); 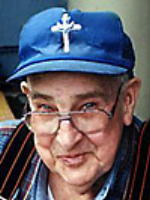 The late Mark Chorvinsky told Seattle Times reporter Bob Young in 2002, when asked to reply to Dr. Meldrum’s dismissal of the Ray Wallace hoaxes: “Jeff Meldrum is not an expert in creating hoaxes. I was a professional magician and special-effects film director; anything can be faked.”

(4) spreading misinformation (e.g. when I was doing research for Cryptozoology A to Z, an individual attempted to create an online history of sightings about the so-called “Ozark Howler,” so I would write an entry on them in my forthcoming book; his deception was discovered and not one paragraph exists therein on this fake cryptid);

(5) vandalism (i.e,. some hoaxing appears to be mischief, performed for psychological reasons only known to the creator, to cause disruptions for disruptions’ sake, in a display of misguided behavior in a powerless or mentally unbalanced person; some have called these purely “evil” acts);

(6) venting of anger or revenge targeting a specific group or individual (i.e., a few manufactured events are private personalized incidents that may get incidental local or national media attention, although the original non-media motive may be lost in the publicity that results);

(7) private exchanges gone bad (i.e., related to bragging, hoaxing, and pranks that spreads beyond a small circle of friends and foes, such as the faking of some Bigfoot prints in the Pacific Northwest by the late Ray Wallace and the late Rant Mullens, who claimed to be in a “Liars Club”) 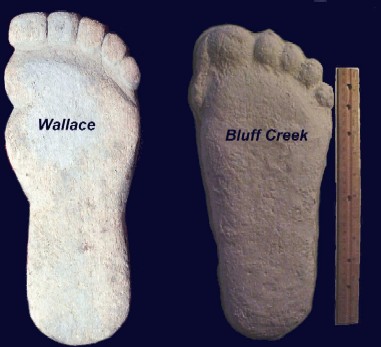 Despite the media’s attempts to look for easy answers, the 1958 Bluff Creek-Jerry Crew Bigfoot tracks appear to not match Ray Wallace’s wooden fakery.

(8) misinterpreted jokes (e.g. these are funny gags that are misunderstood by others – botched – as discussing reality, discovered to be fiction, and thus have been labeled a hoax, perhaps inappropriately);

(9) discrediting a company or an individual (i.e. these appear to be different than #6 above, as the public media factor is built into the hoax, by design); and

(10) political reasons (e.g. the racism behind the photographs of spider monkeys taken by François De Loys in 1920 in Venezuela that have been passed off as unknown apes; the hoax was to support the eugenics theories of George Montandon, who was looking for an anthropoid precursor for the Native South Americans, just as he had said Africans evolved from gorillas and Asians from orangutans*; his theories were linked to the same ideas that the Nazis used against the Jewish, Roma people and other populations during the Holocaust). 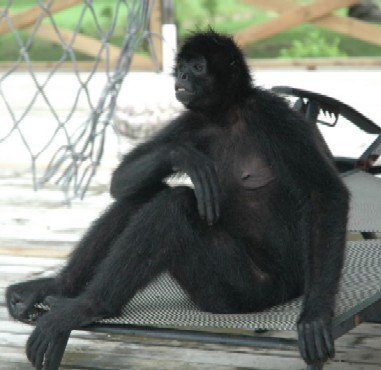 De Loys’ “ape” (below) is nothing more than a spider monkey (with the tail hidden), similar to the one pictured (above), which you may enlarge by clicking on the image. 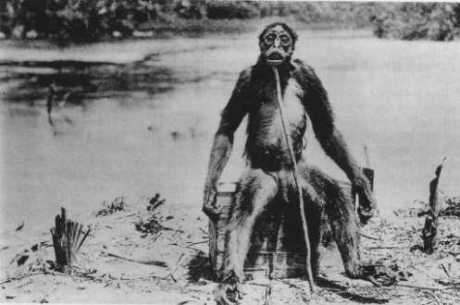 * “De Loys’s Photograph: A Short Tale of Apes in Green Hell, Spider Monkeys, and Ameranthropoides loysi as Tools of Racism” by Loren Coleman and Michel Raynal, in The Anomalist 4, Autumn 1996.