Exclusive photos from the “Monkey Man” episode of the June 10th broadcast of MonsterQuest are shared here. The crew working on this program called it “Slum Dog MQ” due to what unfolded in front of and behind the camera.

MonsterQuest: The Curse of the Monkey Man
Airs on Wednesday June 10 09:00 PM; Thursday June 11 1:00 AM
Engrained in the history and mythology of India are tales of a ferocious creature, half-man, half-ape. It has been dubbed the monkey-man and headlines across the world have told of the vicious nocturnal attacks that occurred in India’s capital, New Delhi. The city’s population was gripped with fear of a violent creature described by eyewitnesses as having sharp claws, fangs and dark hair. After three people died and dozens were hospitalized fleeing the creature, 3,000 police officers were tasked with capturing the animal, but came up empty handed. Experts were divided over whether this was a case of mass panic or an unknown primate. Even today, witnesses in other parts of the country continue to report terrifying encounters with a similar beast. MonsterQuest launches an expedition and meets the victims of the monkey man, sees their scars first hand and searches for a connection to the most recent sightings.

An ape-like Indian version of the more traditional Yeti, or Abominable Snowman (“ritual skullcap” shown below), is called Mande Barung (pictured above). 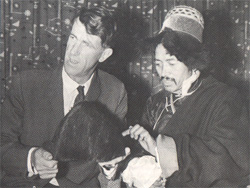 Reporter Amy Carlson Gustafson of the Pioneer Press recently interviewed MonsterQuest’s Executive Producer Douglas Hajicek, and asked him how scary some of the expeditions get:

“I’ve been on some expeditions where I’ve wanted to go home. We were up in Ontario and we had our cabin attacked by something, but we don’t know what. We didn’t get any footage of it, but something was throwing rocks at the cabin. I’ve been on four expeditions to that same place, and three times we’ve had the cabin attacked and big stones thrown at us. It’s quite interesting because it’s in the middle of nowhere and there aren’t any roads. To get there, you have to be flown in and dropped off.”

See the rest of the interview here.

MonsterQuest is broadcasting Season Three every Wednesday night at 9 PM Eastern on the History cable network, usually with a replay of a previous episode at 8 PM Eastern. This week’s new episode is on Monkey Man, and the repeat is on the Thylacine explorations.

MonsterQuest: Isle of the Lost Tiger
Airs on Wednesday June 10 08:00 PM; Thursday June 11 12:00 AM
A remote island off the coast of Australia was once home to a real monster with vampire-like tendencies. The Tasmanian Tiger, which was known for its massive jaws and sharp incisors, stalked livestock and terrified the human inhabitants of the island before a bounty brought about the Tiger’s extinction almost eighty years ago. But if the eyewitness stories and scientific breakthroughs are correct, this creature may be on the verge of making a comeback. Across Tasmania there have been over 350 sightings of this monster, including reports from experienced biologists and outdoorsmen. Meanwhile, in an Australian laboratory, one scientist is using a preserved strand of DNA in an attempt to resurrect the tiger. Now, the MonsterQuest science and expedition teams will seek to find the ultimate proof that the Tasmanian Tiger could be alive and stalking the subtropical forests of this distant island. 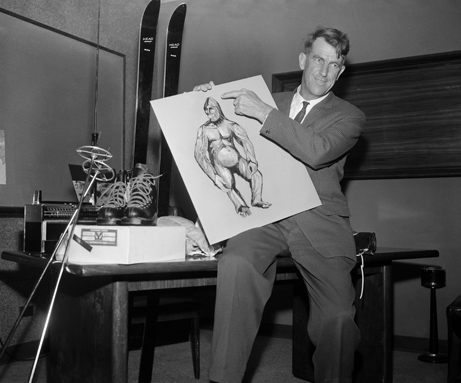