You are here: Home / Mothman Dynasty: The Good, The Bad, and The Ugly

Mothman Dynasty: The Good, The Bad, and The Ugly 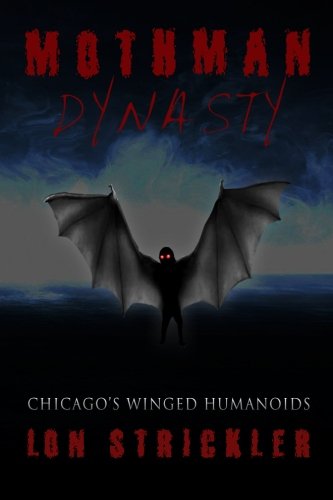 A review by Loren Coleman, author of Mothman and Other Curious Encounters (2002) and Mothman: Evil Incarnate (2017)

As most movie and popular culture devotees realize, the phrase “the good, the bad, and the ugly” is based on the film The Good, the Bad and the Ugly. That motion picture is a classic 1966 epic Spaghetti Western film directed by Sergio Leone and starring Clint Eastwood, Lee Van Cleef, and Eli Wallach in their respective title roles. It will be recalled that Clint Eastwood’s character was known as the “Man With No Name.” That seemed a bit appropriate due to a theme running through this book.

The film’s title has entered the English language as an idiomatic expression. Typically used when describing something thoroughly, the respective phrases refer to upsides, downsides and the parts that could, or should have been done better, but were not. ~ Source.

However, unlike in the 1960s’ first use of this phrase, linked to specific individuals, my metaphorical employment in this review is generalized to the entire book under examination.

The so-called “Chicago Mothman” sightings of 2017, and to a lesser extent the three from 2011, needed to be documented. I am happy that by the time the number of encounters had reached 40th or so, Lon Strickler decided to chronicle the cases. This is an important book, which needed to be produced.

This book should have been written and it was. Lon Strickler’s site, Phantom and Monsters appears to be the source, sometimes the only source, of these cases. Strickler and his “Chicago Phantom Task Force” members appear to be the only ones to get emails from eyewitnesses or investigate. Therefore, this book is a necessary contribution to the Fortean database.

I thoroughly support the publishing of case files, raw investigative information, and thoughts from those making first contact with those reporting they saw unidentifiable flying creatures in Chicago in 2017.

Lon Strickler did that. He preserved case data and produced a book by the year’s end sharing these cases publicly. He is to be congratulated for that.

A high point of this book is that in an age where e-data disappears quickly, you get the feeling you can examine and re-examine some 50 or so Chicago cases.

Furthermore, although only briefly stated, you are given very overtly, if sparingly, Lon Strickler’s point of view. On page 105, Strickler writes:

I have long believed that Mothman, and other unknown winged beings, are extra-dimensional life forms; that can be summoned by high-energy incorporeal entities that reside on our Earth plane. I believe that these life forms are used in a variety of ways, which includes deployment as a sentry or watcher. There is also some suspicion that these winged beings could have been urged to appear by those who adhere to the occult.

Additionally, at the end of the book, a shared survey of what Lon Strickler calls “Summations” from his “Chicago Phantom Task Force,” has long passages from Manuel Navarette, Tobias Wayland, Timothy Renner, Sean Forker, Vance Nesbitt, Nicole Tito Grajek, Albert S. Rosales, Ash Staunton, and Rosemary Ellen Guliey. They all give forth with their opinions on what they think is happening.

Strickler ends this section with his own thoughts.

My personal belief is that there were at least 3 winged beings flying in and around the Chicago metro area…I also believe that these flesh and blood winged humanoids were summoned from an alternative reality, and made their way into our world by means of an opened portal.

This reviewer subscribes to the canon mentored to me via Ivan T. Sanderson to “never explain one unknown with another unknown,” but, for this book, at least it settles the question of where Strickler stands with regard to these Chicago reports.

Those are the highlights of the good things you will find in this book.

Unfortunately this book reflects the worst characteristics of self-publishing, as well as not having an editor that seemed interested in making the book work for the readership.

There are no rudimentary elements of book organization to be found here – no table of conents, no bibliography, no organized sourcing, no reinforcing citations or background material referenced throughout most of the book, and no index. (The lack of indexes is a growing problem with mainstream published books too, because no one wants to spend the money. Nevertheless, this is no reason to not criticize the lack of them.)

When digesting this book, it feels like you are reading material directly taken from a website, without much thought of why it should go where. The lack of chapters, and only minimal use of subheadings, gives a sense of being on a journey without a map.

I did very much want to understand where the author was taking me and why, but the reader is set adrift without an oar or any way to steer the boat. The material is chaotic to begin with, so to have to figure out why stories from New Mexico, Florida, Brazil, UK, or several non-2000’s Chicago locations are thrown at you – other than it is because some winged animal was supposedly seen – was hard to fathom. Why certain older reports are included too seems without rhyme or reason and it is hard to understand because they are out-of-context, chronology, or connection to the general text. No interwoven treatment seems to be in evidence, other than that an email was received or a new story was posted on their site. It truly feels like a series of Facebook postings and comments were cleaned up a bit, names removed, and published.

All kinds of stories – first-hand, second-hand, third-hand, others without any sense of any background – are included here. No names of the eyewitnesses, in general, are included, and that’s a big problem. The credible nature of the material – not due to the investigators – but because of the people sending in the rumors, remarks, and reports – must be questioned.

Case names of witnesses are rarely shared in the stories. Newspaper articles about the sightings with witness names seem to not exist or aren’t shared. No secondary levels of verification of these sightings via police reports or even via non-Stickler associates’ field investigations confirm the majority of these cases. Did anyone even try to interact with legitimate security and law enforcement agencies to survey the security cameras that exists at every corner store, street corner, ATM, and parking lot in our urban environment? Are we being told that with 50+ encounters none of them were caught on closed-circuit television (CCTV) security systems?

It is almost as if Lon Strickler and his people are the only way we know about any of these “stories.”

I am not saying the reports are not real, but the lack of critical thinking and full fledged acceptance of yet another “dark object” in the sky, to add another number to the Chicago “Mothman” sightings’ list – without names – seems, well, a bit too much like the joke about “believing it because it was on the Internet.”

Then there’s the way other researchers are handled. There is an underlying theme in this book that telegraphs forth a political situation that one often would hear about in the early days of ufology.

One key to reviewing a book is to take a moment and focus in on the most personal piece of data in the book that mentions the reviewer, and critique it from your point of view.

Therefore, the book shares material that turns out to be a lot of backslapping of Strickler and his team’s work. Someone named “Nomar S.” writes, page 174:

Rarely is an event unfolding before us with so many current Ufologists, Cryptozoologists, paranormal investigators at the ready, but many seem to be dismissive of these events.

It almost seems like a flap, series-of-events, what have you, has to be vetted and long over before serious research of it can begin. MUFON has been dismissive, Loren Coleman has chalked a lot of Chicago’s sightings up to hysteria, and Seth Breedlove defers to you instead of providing an opinion. I can’t help but wonder why these encounters are receiving such abysmal prominence by today’s researchers, save for you and your team.

Strickler responses, also on page 175, “I can’t honestly explain why other investigators are seemingly uninterested or that they’d rather defer the sightings to me and the Task Force.”

And then on page 176: “If others wish to discount the sightings or tell enthusiasts to contact me, then so be it,” penned Strickler.

Of course, “Nomar” knows nothing of what I think, nor the work I have been doing to look into the Chicago cases. (I dedicate a chapter to the Chicago Mothman accounts in my new book Mothman: Evil Incarnate, which was released just days before Strickler’s book was published.)

These cases are not being “abysmally” ignored, but perhaps they are being “abysmally” guarded in a bit of territorial warfare befitting the old days of ufology? The truth is rather ugly, for it has since come out that several researchers have been interested in investigating these Chicago cases, but have been frustrated by being excluded from a routine lack-of-specifics as to the names of the witnesses (and more), so some double-checking of the cases could occur.

This book is a worthy historical Fortean gathering documenting a period of alleged winged weird wonders showing up in the Chicago area. With more revisions in the next edition to organize the contents, identifying the eyewitnesses, and including more supportive material to verify the accounts, this book would be much improved.