You are here: Home / New Kids’ Books on Cryptids

There is a new series of children’s books on cryptozoology for the New Year.

Rosen Publishing has walked this way before. This New York City-based publisher produced a series of “Secret Files” children’s books on cryptids in 2002. It has now followed with their “Graphic Mysteries” 48-pages-long books for 2006 and 2007.

Bigfoot and Other Strange Beasts by Rob Shone and Nick Spender (2006), and

Loch Ness Monster and Other Lake Mysteries by Gary Jeffrey and Bob Moulder (2006).

Bigfoot A North American Legend by Jack DeMolay (2007), and

While appreciating the graphic illustrations, one childrens’ book reviewer recently appeared to be not at all familiar with cryptozoology and came up with, well, let’s say some uncomfortable criticisms. The Bookgasm critique said this:

In it, Bob Moulder draws tales of Nessie and the water-dwelling monsters of Lake Erie and Lake Champlain. Even I was unfamiliar with the latter two, and the three stories are too similar in nature and execution to be all the distinguished (sic). This may be a case in which a separate title was not necessarily merited, as the Loch Ness monster could have been covered comfortably in the Bigfoot volume.

What? You have got to be kidding?

Even though I have not received my review copies yet, this is one publishing situation in which I would support a separate title publishing decision. It was a good move for Rosen to take the time to deal in multiple volumes with varied but similar cryptids in separate books. The material is there and good reasons exist to devote some time for youthful readers to dwell on specific cryptids, especially if the cryptids are so well-known and diverse.

As it turns out, of course, a rather good book already exists with an overview of part of the large universe of hidden animals of cryptozoology in the book I picked as the Best Children’s Cryptozoology Book of 2006:

Tales of the Cryptids: Mysterious Creatures That May or May Not Exist by Kelly Milner Halls, Rick Spears, and Roxyanne Young. 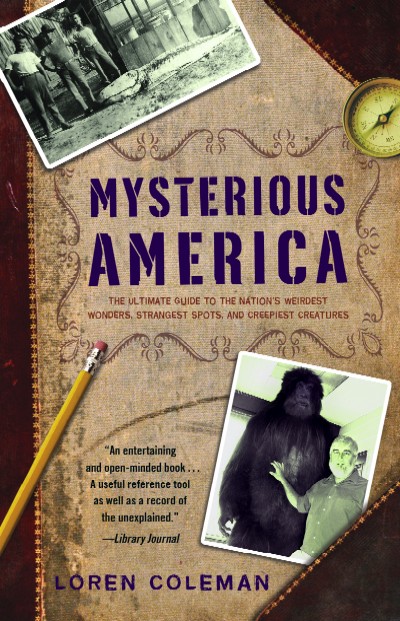