Team of American scientists led by Dr. Melba Ketchum for five years has analyzed 109 purported samples of such creatures. The study has sequenced DNA of a novel North American hominin, commonly called Bigfoot or Sasquatch.
There were a large number of laboratories associated with this study including academic, private and government laboratories in which blind testing was utilized to avoid prejudice in testing. Great time and care was taken in the forensic laboratories to assure no contamination occurred with any of the samples utilized in this study.
After 5 years of this study the scientists can finally answer the question of what sasquatch really is. It is human like us only different, a hybrid of a human with unknown species. Early field research shows that the Bigfoot/Sasquatches are massively intelligent which has enabled them to avoid detection to a large extent. They are different than us, however human nonetheless.
The hybridization event could not have occurred more than 15000 years ago according to the mitochondrial data in some samples. Origin of this hominin was probably Middle Eastern/Eastern Europe and Europe originally though other geographic areas are not excluded.
The manuscript associated with this study has been submitted to a scientific reviewed magazine.
For years people have refused to believe they exist. Now that we know that they are real, it is up to us to protect them from those that would hunt or try to capture them for research or for sport. They should be left alone to live as they live now. After all, they are our relatives.
At this time, analysis of the Sasquatch genomes is still ongoing. Further data will be presented in the future following this original study. Additionally, analysis of various hair samples purportedly from Siberian Wildman are being tested in an effort to determine if relatedness exists between the Sasquatch and Russian Wildman.

Quickly, what followed was this from Melba Ketchum.

A team of scientists can verify that their 5-year long DNA study, currently under peer-review, confirms the existence of a novel hominin hybrid species, commonly called “Bigfoot” or “Sasquatch,” living in North America. Researchers’ extensive DNA sequencing suggests that the legendary Sasquatch is a human relative that arose approximately 15,000 years ago as a hybrid cross of modern Homo sapiens with an unknown primate species.

The study was conducted by a team of experts in genetics, forensics, imaging and pathology, led by Dr. Melba S. Ketchum of Nacogdoches, TX. In response to recent interest in the study, Dr. Ketchum can confirm that her team has sequenced 3 complete Sasquatch nuclear genomes and determined the species is a human hybrid:

“Our study has sequenced 20 whole mitochondrial genomes and utilized next generation sequencing to obtain 3 whole nuclear genomes from purported Sasquatch samples. The genome sequencing shows that Sasquatch mtDNA is identical to modern Homo sapiens, but Sasquatch nuDNA is a novel, unknown hominin related to Homo sapiens and other primate species. Our data indicate that the North American Sasquatch is a hybrid species, the result of males of an unknown hominin species crossing with female Homo sapiens.

Hominins are members of the taxonomic grouping Hominini, which includes all members of the genus Homo. Genetic testing has already ruled out Homo neanderthalis and the Denisova hominin as contributors to Sasquatch mtDNA or nuDNA. “The male progenitor that contributed the unknown sequence to this hybrid is unique as its DNA is more distantly removed from humans than other recently discovered hominins like the Denisovan individual,” explains Ketchum.

“Sasquatch nuclear DNA is incredibly novel and not at all what we had expected. While it has human nuclear DNA within its genome, there are also distinctly non-human, non-archaic hominin, and non-ape sequences. We describe it as a mosaic of human and novel non-human sequence. Further study is needed and is ongoing to better characterize and understand Sasquatch nuclear DNA.”

Ketchum is a veterinarian whose professional experience includes 27 years of research in genetics, including forensics. Early in her career she also practiced veterinary medicine, and she has previously been published as a participant in mapping the equine genome. She began testing the DNA of purported Sasquatch hair samples 5 years ago.

Ketchum calls on public officials and law enforcement to immediately recognize the Sasquatch as an indigenous people:

“Genetically, the Sasquatch are a human hybrid with unambiguously modern human maternal ancestry. Government at all levels must recognize them as an indigenous people and immediately protect their human and Constitutional rights against those who would see in their physical and cultural differences a ‘license’ to hunt, trap, or kill them.”

Full details of the study will be presented in the near future when the study manuscript publishes.

Dr. Ketchum is available for interview or to answer further questions about the Sasquatch genome study and associated research on novel contemporary hominins.

The contact individual listed at the bottom of the press release was Robin Lynne (i.e. the individual in Michigan who commented earlier in 2012 about her decades of firsthand contact with Bigfoot and how she has saved blueberry bagels with Sasquatch saliva on them for testing). 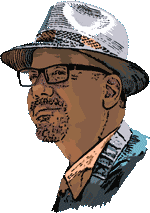 There is also this remarkable observation by Bart Cutino: “The problem is that the person climbing that ladder, rather you or I like it or not, by her decision to go public against her supposed own rules, is now representing all of us and happens to believe the biological species we pursue also happens to be fallen angels, has the ability to speak to her through her mind, suddenly frequents her property (only since her work began, mind you), braids the hair of her horses and essentially have thankfully allowed and even encouraged her to move forward in her work. Without having passed peer review, she’s demanding constitutional rights and protection now for an unrecognized species she’s drawing attention to…. by attempting to recognize them? Or… maybe she’s really not and just attempting to make us all believe she is?”

On December 6, 2012, Igor Burtsev posted the following further comment on Facebook, in reply to my posting of his reasoning on Cryptomundo:

Unfortunately science now is too conservative/ One third of the population of the USA believes in BFs existing, but academic science even does not want to recognize the problem of their existing or not^ juwst rejecting to diacuss this question. In such a condition this subject is under discussion of the broad public. We can’t wait decades when scientists start to study this problem, forest people need to be protect now, not after half a sentury, when science wakes up. Re thr paper: the reviewed journals in the US refused to publish the paper. That is why Dr Ketchum has sent it to me to arrange publishing in any Russian reviewd journal. And I showed to our genetisits and understood that it was a serious work. I gave it up to the journal, now it’s under reviewing

I informed public about the results of the study. The public waited for this info for more than a year, a lot of rumors were spreading around. And the public has the right to know it nevertheless “science” says about it.

I’ve said some things, similar to John Hawks, that comments on the results are best held back until the paper is published and the findings are in. “No Leak Zone” is a joke and, sadly, a hollow wish. But the direction of the discussion has been changed by the Facebook/emailed leaks and the Ketchum press release. Therefore, I have agreed to talk with George Noory on Coast to Coast AM next Monday to dissect the media flap that has now been created and what it means for serious cryptozoology and Sasquatch studies.