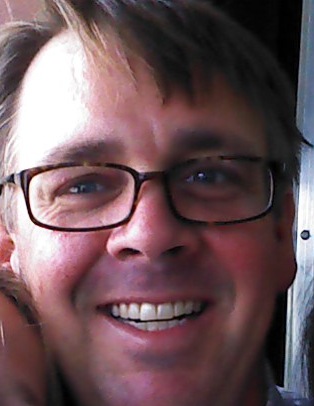 Word began circulating among his friends and Bigfoot online associates on May 19, 2017, that Wil Inge had died. Details were thin, but the R.I.P.s began pouring in during the day and into the next.

There is no “Curse of Bigfoot.” It’s just the reflective factor.

Perhaps it is merely on people’s minds at certain times, but Bigfoot fans and field researchers have noted that the passing of Bigfooters seem to occur during the time right before Bigfoot conferences. This third weekend in May sees the convening of the Ohio Bigfoot Conference, and we have to observe the passing of another young Bigfooter. 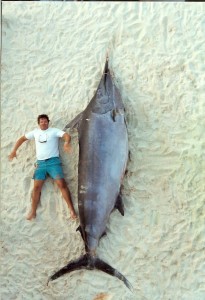 This was one of Wil Inge’s favorite photos of himself. He used it as his profile picture on his public Facebook page. The man was interested in big fish and Bigfoot.

Inge’s passion was fishing, and he appears to have loved to fish off Oregon and North Carolina. He was a member of several forums and online Bigfoot groups.

Wil Inge “was born in Richmond, Virginia [on] June, 22 1970. He called both Ashland, Virginia, and Kill Devil Hills, North Carolina, home, growing up and as an adult. He graduated from Virginia Wesleyan College in 1993 receiving bachelor degrees in English and Theater. He is a working contractor pulling the oars at West End Building Services, a class A general contracting company. He moonlights pursuing his passions guiding water fowlers and fisherman on the waterways of Virginia. He has two daughters [who], along with his relationship with his higher, power, are his greatest treasure.” Source. 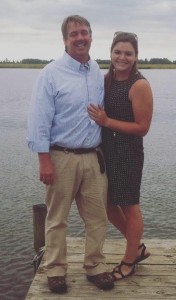 Wil Inge has been in a relationship with Dillon McGhee, as he noted on his public Facebook page, since July 12, 2013. That too became one of his greatest assets in reserve.