You are here: Home / Announcing The International Cryptozoology Museum Journal 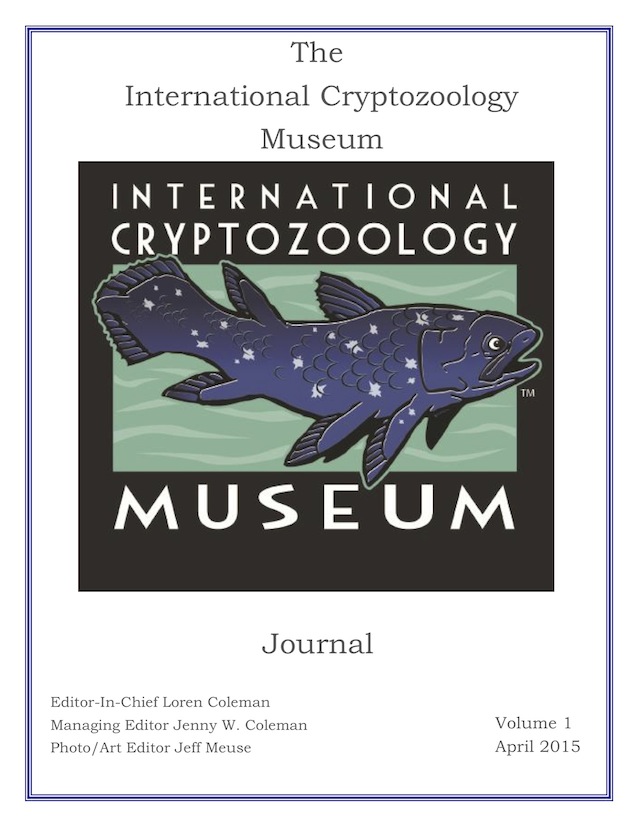 The International Cryptozoology Museum is delighted to disseminate the news of a new journal about cryptozoology, built on the history of academic, objective, methodical, and critical thinking periodicals, dating back to the 1980s.

The publications of modern cryptozoological organizations and groups have been journeys in serious scientific considerations of the data and the field, mixed with frustration and funding gaps. We plan to produce an annual volume that accents the positives and avoids the negatives of the past. 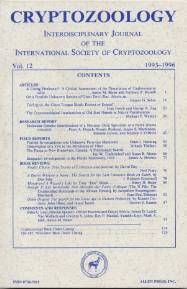 The classic journal still discussed as a high point in the field was first published by the International Society of Cryptozoology, a professional organization founded in 1982, at the Smithsonian in Washington, D.C. The official emblem of the society was the okapi. The ISC ceased to exist in 1998.

Their journal Cryptozoology was published from 1982 to 1996.

The deaths of the ISC’s President Bernard Heuvelmans on August 22, 2001, Cryptozoology’s editor and Secretary, J. Richard Greenwell on November 5, 2005,  and the Vice-President Roy Mackal in September of 2013, linked to fiscal debt of the organization, finally caused the halting of any hope of the return of the organization and their journal.

The journal Cryptozoology would be the last great journal in the field, in English, to appear in the 20th century. The Society also published a newsletter ISC News. 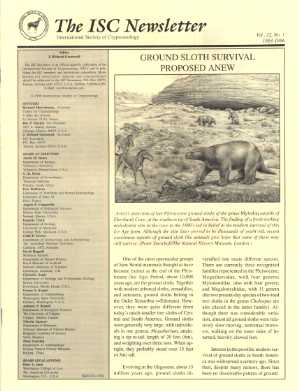 In Europe, several attempts, in various languages, would take up the mantle of cryptozoology. 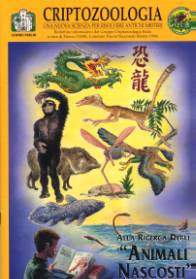 In 1986, Franco Tassi’s Gruppo Criptozoologia Italia published the full-colored Criptozoologia, in Italian, which lasted for at least a decade. 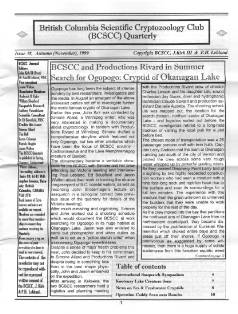 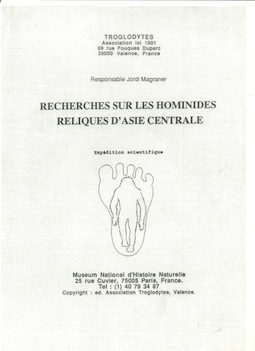 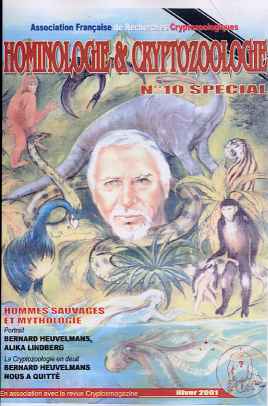 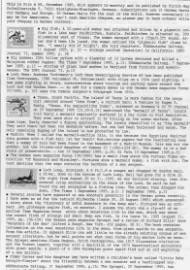 During its life, the German publication by Urich Magin, Bilk, had an “overt hostility against cryptozoology,” observed cryptozoologist Michel Raynal. 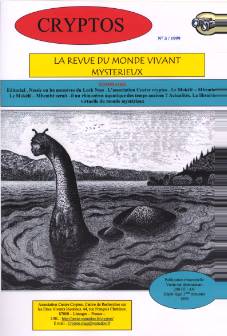 In North America, in English only, two major efforts appeared at the end of the 1990s.

University student, Ben S. Roesch published The Cryptozoology Review for a few years, and then ceased publication with a rejection of the topic through a skeptical parting statement. 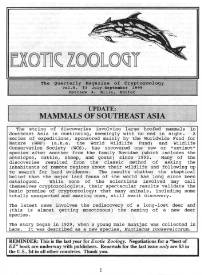 Matthew A. Bille’s Exotic Zoology was a postive individual publication with thoughtful articles that lasted for a few years.

The 21st Century may lead to a new age of peer-reviewed cryptozoology journals.

In December 2008, there appeared the first issue of Kraken, a journal devoted to research in the field of cryptozoology, published primarily in French. 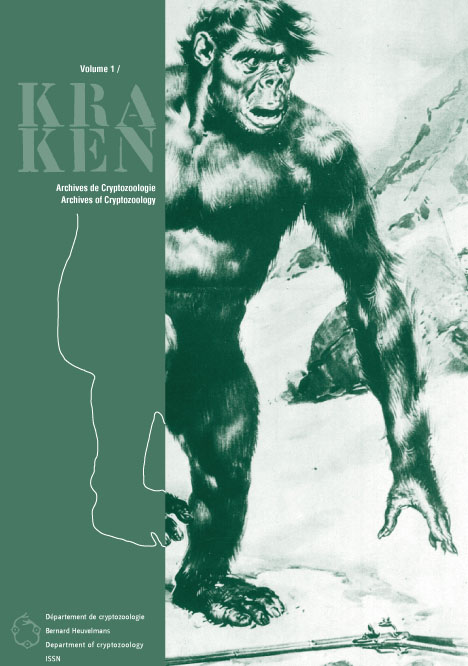 Published for three issues, Kraken was intended to accomodate not only new studies devoted to cryptozoological cases, but also of studies dedicated to the epistemology and the history of this field, related to the rich controversies which accompanied it. Pierre Lagrange was the editor of Kraken in Paris. Olivier Glaizot was the editor in Lausanne, Switzerland.

Darren Naish had this to say about Kraken:

In December 2008, the Musée Cantonal de Zoologie of Lausanne in Switzerland began publication of the French-language cryptozoological journal Kraken: Archives de Cryptozoologie. Many contributions published in Kraken concern correspondence or archival material rather than peer-reviewed research, but it seems that the journal was attracting increasingly technical papers towards the end of its run….Unfortunately, it only lasted for three issues (the last published in 2011), and is also now defunct.

Two years ago, in November 2012, the initial publication of Volume One of a new peer-reviewed publication devoted to cryptozoology appeared, Karl Shuker’s The Journal of Cryptozoology. Choosing the king cheetah as their logo, editor Shuker produced a fine contribution to the field, and followed it in December 2013, with Volume Two.

Welcome to the Journal of Cryptozoology. Following the demise of Cryptozoology (published by the now-defunct International Society of Cryptozoology), there has been no peer-reviewed scientific journal devoted to cryptozoology for quite some time. Consequently, the Journal of Cryptozoology has been launched to remedy this situation and fill a notable gap in the literature of cryptids and their investigation. For although some mainstream zoological journals are beginning to show slightly less reluctance than before to publish papers with a cryptozoological theme, it is still by no means an easy task for such papers to gain acceptance, and, as a result, potentially significant, serious contributions to the subject are not receiving the scientific attention that they deserve. Now, however, they have a journal of their own once again, and one that adheres to the same high standards for publication as mainstream zoological periodicals. 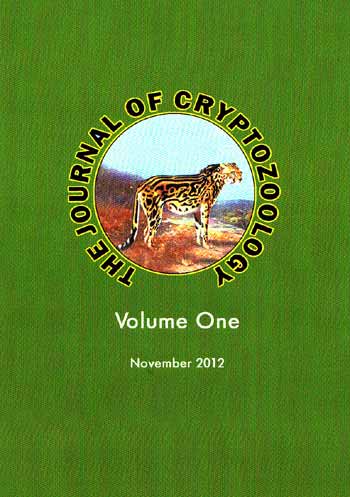 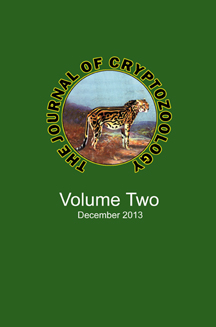 The scope of the Journal will encompass cryptozoology in general, but concentrate on subjects that may be outside the scope of Karl Shuker’s fine contribution to the field.  The International Cryptozoology Museum Journal will specifically focus on the work of museums in preserving the history and evidence of cryptozoology, including such topics as discovering new species in museums, cryptids in collections worldwide, the personal holdings of evidence, historical artifacts representing past expeditions, fine art cryptozoology works, popular cultural representations of notable artists, media’s portrayal of cryptozoology, and indigenous people’s traditional works. Individual details of a sample of the ICM’s holdings will also occur, in our mission to share and educate, as space allows.

For those wishing to submit papers and field reports for consideration to be published in The International Cryptozoology Museum Journal, please note, we will be following the “Manual of Style” established by J. Richard Greenwell for the journal Cryptozoology. Please see the following:

A NOTE ON STYLE

For our extended use, this translates into:
Indigenous people’s name: yeti;
Western name for presumed, covered animal: Yeti;
Common name after discovery and acceptance: yeti.

Therefore, as Bigfoot, Sasquatch, Yowie, Yeti, Nessie, and related names for cryptids all have not been technically “accepted” by systematic zoology, as of this date, the capitalized form will be employed in The International Cryptozoology Museum Journal.

If you would like to contact the editors of The International Cryptozoology Museum Journal to discuss your submission idea, please click here and fill in this form completely. A return email will be sent, to make contact  and discuss with you your concept and/or idea.

Would you like to support our Journal? We are now officially a federal tax exempt, nonprofit museum, a 501(c)3, as of September 15, 2011. Please consider a donation of any amount. Click here.