October 6, 2014 is the 100th birthday of Thor Heyerdahl. Google is celebrating the birth of the explorer with their one-day logo change, seen above. 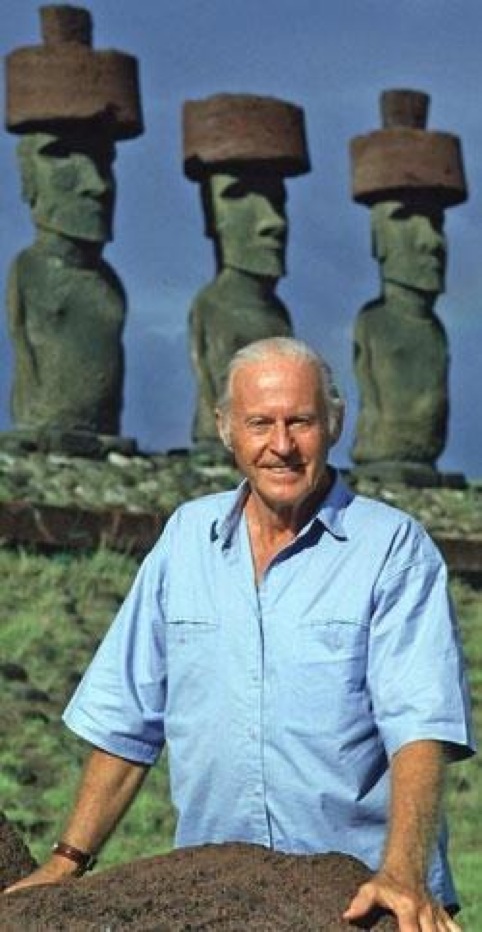 Few realize that Heyerdahl was interested in cryptozoology, and a keen observer of his natural environment.
Unfortunately, he is no longer with us, but that’s no reason not to recognize his 100th day of birth. On April 18, 2002, Thor Heyerdahl, 87, the adventurous Norwegian anthropologist, world-traveler, explorer, filmmaker, and author died of cancer in Italy, after a long illness.
Cryptozoologically, Heyerdahl made several cryptid observations throughout his life and maintained an interest in the field.

For example, Heyerdahl had an intriguing encounter while on his honeymoon in 1937, when he sighted an unidentified mysterious wingless bird on the South Pacific island of Hiva-Oa, which he relates in his 1974 book Fatu-Hiva, Back to Nature. In 1980, cryptozoologist Michel Raynal interviewed Heyerdahl about the incident, reconfirming the significance of the sighting. 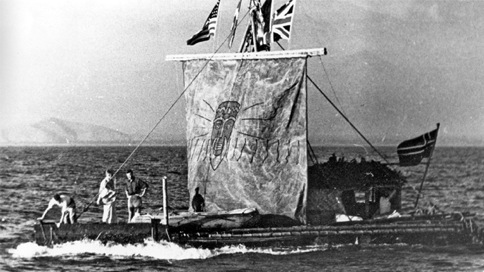 In April 28, 1947, Heyerdahl set sail from the Peruvian coast in the 45-foot balsa wood boat, Kon-Tiki. Taking 101 days and 4,300 miles, the project demonstrated that voyages across the oceans were a possibility, proving his theory that Polynesia was populated from South America, and not southeast Asia as previously assumed. During the journey, Heyerdahl saw, near the Kon Tiki raft, strange phosphorescent animals and other extremely large unknown creatures in the middle of the night that have never been identified. 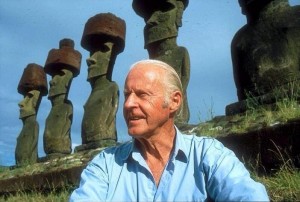 Later treks and theories would take him from Polynesia and Easter Island to the Tigris, the Indus Valley, Africa, and the Canary Islands.
Born in Larvik, on October 6, 1914, Heyerdahl was a national hero in his homeland, and was named Norway’s Man of the Century in 1999. 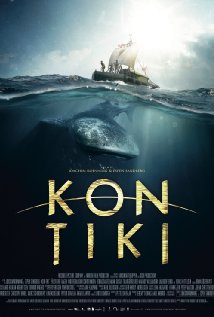 In the book Kon-Tiki (Chicago: Rand McNally, 1950), Thor Heyerdahl, recording from the Kon-Tiki, wrote of his cryptid encounters happening between April 28 and August 7, 1947:

Several times, when the sea was calm, the black water round the raft was suddenly full of round heads two or three feet in diameter, lying motionless and staring at us with great glowing eyes. On other nights balls of light three feet and more in diameter would be visible down in the water, flashing at irregular intervals like electric lights turned on for a moment.
We gradually grew accustomed to having these subterranean or submarine creatures under the floor, but nevertheless we were just as surprised every time a new species appeared. About two o’clock on a cloudy night, when the man at the helm had difficulty in distinguishing black water from black sky, he caught sight of a faint illumination down in the water which slowly took the shape of a large animal. It was impossible to say whether it was plankton shining on its body or whether the animal itself had a phosphorescent surface, but the glimmer down in the black water gave the ghostly creature obscure, wavering outlines. Sometimes it was roundish, sometimes oval, or triangular, and suddenly it split into two parts which swam to and fro under the raft independently of each other. Finally there were three of these large shining phantoms wandering round in slow circles under us.
They were real monsters, for the visible parts alone were some five fathoms long, and we all quickly collected on deck and followed the ghost dance. It went on for hour after hour, following the course of the raft. Mysterious and noiseless, our shining companions kept a good way beneath the surface, mostly on the starboard side where the light was, but often they were right under the raft or appeared on the port side. The glimmer of light on their backs revealed that the beasts were bigger than elephants, but they were not whales, for they never came up to breathe. Were they giant ray fish which changed shape when they turned over on their sides? They took no notice at all if we held the light right down on the surface to lure them up so that we might see what kind of creatures they were. And, like all proper goblins and ghosts, they had sunk into the depths when the dawn began to break.
We never got a proper explanation of this nocturnal visit from the three shining monsters, unless the solution was afforded by another visit we received a day and a half later in the full midday sunshine. It was May 24, and we were lying drifting on a leisurely swell in exactly 95°west by 7° south, (p. 90-91).
On several occasions we glided past a large dark mass, the size of the floor of a room, that lay motionless under the surface of the water like a hidden reef. It was presumably the giant ray of evil repute, but it never moved, and we never went close enough to make out its shape clearly, (p. 120)

Illustration by Coopertoons.
In “Last Kon-Tiki Crew Member Dies,” I told of how Heyerdahl in 1944 first met a Norwegian resistance fighter named Knut Haugland at a paramilitary training camp in England. It was here that Haugland first heard of Heyerdahl’s theories about Polynesian migration patterns, and his plans to cross the Pacific on a balsa wood raft.

The Norwegian resistance fighter would help prevent the German nuclear program from getting heavy water to make weapons, during Operation Grouse, and be decorated by the British in World War II for his service.

After the war, Haugland joined Thor Heyerdahl’s expedition in 1947 as a radio operator.

Haugland played, of course, himself in the 1950 documentary film Kon-Tiki. The movie, which was directed by Thor Heyerdahl and edited by Olle Nordemar, received the Academy Award for Documentary Feature at the 24th Academy Awards in 1951. The Oscar officially went to Olle Nordemar. It is the only feature film from Norway to win an Academy Award. He would found the Kon-Tiki Museum.

Knut Magne Haugland, 92, the last of six crew members who crossed the Pacific Ocean on board the balsa wood raft Kon-Tiki, died of natural causes on Friday, Christmas Day, 2009, in an Oslo, Sweden, hospital, according to Kon-Tiki Museum Director Maja Bauge. 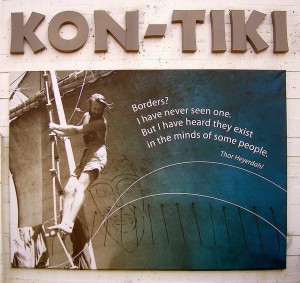 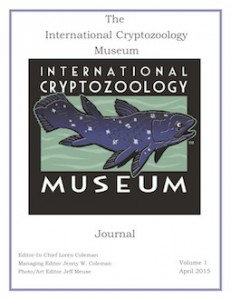 The International Cryptozoology Museum Journal
Wish to donate to assist the research and writing of this blog?