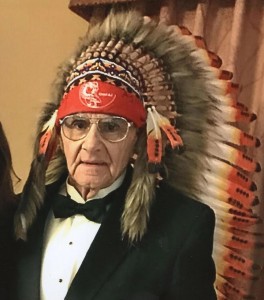 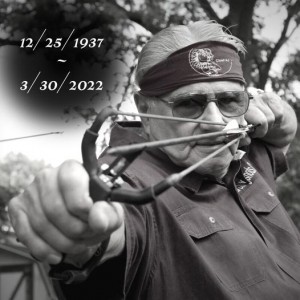 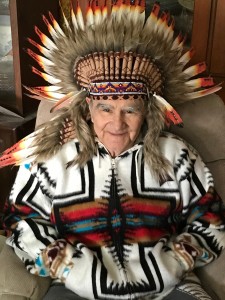 In 1977, a man named John Huffer took several photos of two large birds taking flight from a tree. Although the sighting was mentioned by the Discovery Channel on their show, Into the Unknown, the birds pictured in the photos were dismissed as turkey vultures rather than Thunderbirds.  This reality television appearance was linked to the sightings in Lawndale, Illinois. John Huffer, known later as Chief A. J. Huffer became a well-known advocate of giant cryptid birds. Thunderbird sightings have continued into the new millennium.

Chief AJ was born in Peoria on Dec. 25, 1937. He was adopted by Charles and Dorothy Busey Huffer of Urbana.

Chief AJ attended the University of Illinois after graduating from Urbana High School in 1955. He joined the Marine Corps after one semester at the UI. During his time as a Marine in California, he was a body builder and a level 1 marksman. After honorable discharge, he returned to the UI, where he was recruited to be a model for art students. That is where he met and fell in love with art student Corinne Shreve. They were married on July 26, 1959. They were married 62 years until Corinne’s passing on Aug. 17, 2021.

At 80 years old, through DNA testing, he was blessed to be united with his biological brother, Theodore Yednock.

Funeral services will be at 11 a.m. Monday, April 4, at Hilligoss Shrader Funeral Home, 705 S. Main St., Tuscola, with the Rev. Ralph Deal officiating. Burial will follow in Tuscola Township Cemetery. Visitation will be from 4 to 6 p.m. Sunday, April 3, at the funeral home.

Chief graduated from Bible college and was inspired to start a boys home. This brought him back to Tuscola, where they purchased a large home for the boys home. The boys home eventually changed to an assisted living home. Then, with partners, he opened We Care Nursing Home in Arcola. They also opened hotel restaurants in Arcola and Mattoon. He eventually joined the Carpenters Union in Champaign Urbana. He later was a contractor and had dinner in the White House with Ronald Reagan as Minority Contractor of the Year. 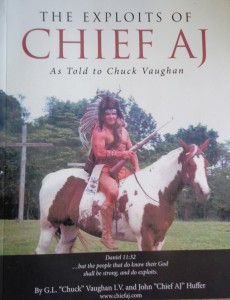 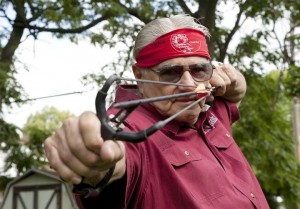 Chief was a scrawny kid. He wanted to start weight training at an early age. His parents made him learn all the muscles before they allowed him to get a dumb bar set. He went on to compete in Mr. America twice in his life and numerous body building competitions. He represented Tuscola in the Super Natural Physique Classic in 2001, where he won first-place master 55 and over.

Chief had an epiphany and was set on shooting a world record. Over an eight-day period in March 1987, he shot a world record of 14,060 wood blocks without a miss. This landed him on the cover of Guns magazine and launched his journey of fame in the gun world. He later developed the Chief AJ Slingbow, which has been sold all over the world. His dear friend, Tony Reeves, now runs his “Slingbow Empire.” Chief appeared on reality TV shows “Top Shot,” “Man vs Machine,” “Monster Hunters” and “History’s Mysteries.” He personally got to know Roy Rodgers and had a big Cowboy Indian gun exchange in Las Vegas. 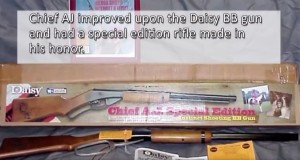 Chief AJ (Apostle John) had a love of the Lord and enjoyed preaching and bringing people to the Lord.

Chief AJ had a great love for his family. He took His wife, Corinne, all over the country to gun shows and national parks. He spent time in Alaska for the birth of his grandchildren, and graduations, after counting their toes and fingers and watching graduations, he would be off on Alaskan hunting adventures. He was blessed to have his granddaughter, Tara, and her family stay with him for the last month. He developed a beautiful bond with his 7-month-old great-grandson, Noah.

Chief AJ has many fans around the world; he has touched many lives. He will be missed by many. After beating cancer and living with severe neuropathy pain and losing his beloved wife, Corinne, he would always say, “I’m ready to have supper with Jesus.” Chief AJ lived his life to the fullest; he was larger than life with his booming voice and big personality. He will forever live on in his accomplishments and deeds and his eternal life with the Lord, A-man. 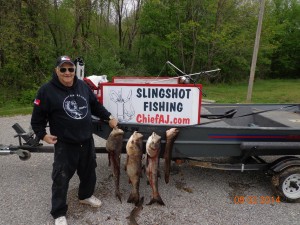 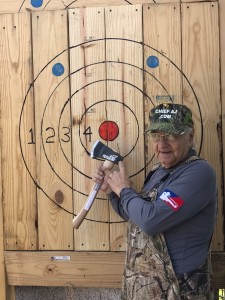 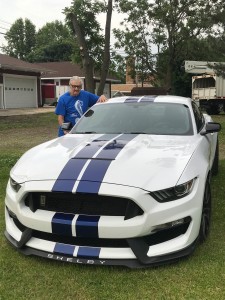 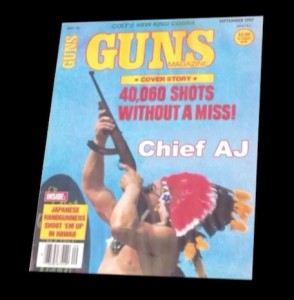 His company issued this announcement:

It is with great sadness we must announce that the one and only, legendary, John “Chief AJ” Huffer has passed on at the age of 84 to be reunited with Jesus and his beloved wife of 64 years.
As the founder and namesake of our company, we want to take some time to honor the numerous accomplishments he achieved during his time here on earth.
While we could go on and on bragging about all the incredible things our beloved John Hufferdid during his life, most importantly to us — he was a great friend and mentor. For that, he will be immensely missed.
Luckily, his legacy will always remain at the heart of our company. Chief AJ the business will continue to be run by Tony Reaves, as it has for the past several years.
Chief, may you Rest In Peace.

My thanks to Kevin Guhl for passing along the news. 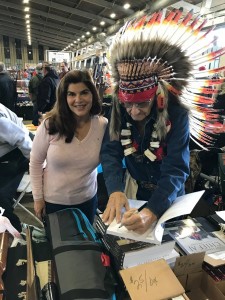