On the left is an early clay model of what would eventually become (at right) Hank the Bigfoot, claimed by hoaxer Rick Dyer to be a real Bigfoot,

and to which he confessed it was not real after all. | Chris Russell

The end of this latest Rick Dyer hoax was not surprising.

Speigel interviewed me earlier in the week for his story, and he summarized my reaction this way:

Loren Coleman, director and founder of the International Cryptozoology Museum in Portland, Maine, and author of Bigfoot: The True Story Of Apes In America, suggested that Dyer has lost any credibility in the field.

“It’s clear, over and over again, he’s making money from all of these hoaxes,” he said. “It certainly bothers me that the main core people in the Bigfoot field know about him, don’t consider his stories credible and ignore him, but he keeps going on until he gets publicity.”

…”[Dyer] always leaves the door open for his next hoax. He’s gonna keep doing it again and again,” said Coleman. “All he has to do is wait another four or five years, and [newbies and some] people will forget this.”

The article revealed some strange side trips this hoax took.

For example, Chris Russell, owner of the Spokane, Washington-based Twisted Toybox, who ended up creating Hank under the false impression it was going to be used as a model in a documentary, had

agreed to sign a nondisclosure agreement with Dyer never to mention that he was Hank’s creator.

“I had to keep quiet for life, unless I heard a code [phrase], ‘Project Footprint,’ which meant that it was OK to discuss this,” Russell said. “I was only to discuss it with someone who called on the phone if they mentioned ‘Project Footprint,’ or in an email. That would mean it was Rick or one of his associates or somebody with the film studio.” 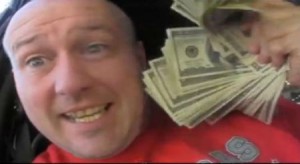 Some reports indicate that Dyer made $60,000 or more from his Hank hoax.

Dyer brought his prop Bigfoot in a 20-foot trailer towed behind an RV to San Antonio last month to the Park North Alamo DraftHouse and charged $10 to see the body and $20 for an event with the theater that included a viewing, a question-and-answer session and a film. The event sold out. Source.

During my interview/chat with Lee Speigel, Lee told me an amusing detail that I have not seen discussed online. If you were one of the individuals who paid $20, you were able to see Hank, have your questions answered, and then view what was allegedly called a “documentary.”

Guess what viewers were treated to during their “documentary” viewing? Harry and the Hendersons, the 1987 fictional motion picture, which won an Academy Award for makeup for Rick Baker, for his creation of Harry. 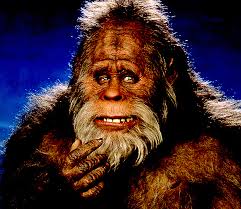 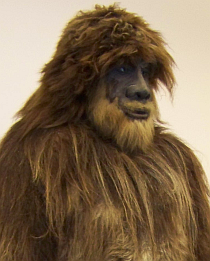 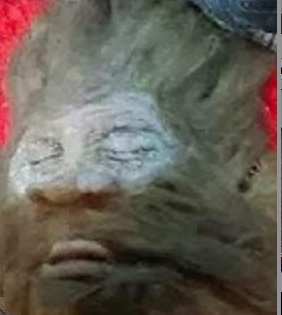 As I noted to the HuffPost reporter, although he ended up not using it, I sense the Hank hoax will not negatively affect the longterm interest in cryptozoology. Those clear-minded, critical-thinking, curious and intelligent individuals drawn to read books, watch documentaries, or explore the Internet for material on Bigfoot/Sasquatch will quickly understand Dyer and the other hoaxers are a distraction but not a deterrent to the scientific pursuit and confirmation of new species.

Dyer is a bump in the road, one of many we have experienced too often, of course.

But he is not cryptozoology. That is for certain, and those who wish to dig a bit deeper soon discover that fact.