You are here: Home / Denisovans in Tibet 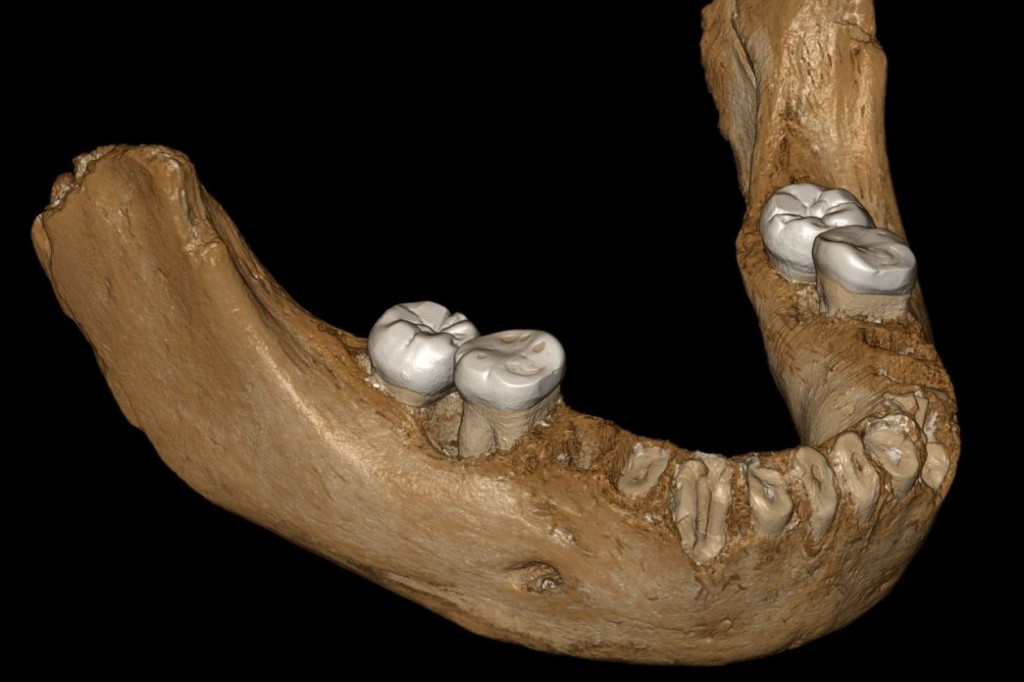 The Wall Street Journal on May 1, 2019, has published the essence of intriguing new findings from Nature. From the land of the Yeti comes news of the discovery of a fossil mandible in 1980 that has revealed its link to the mystery Denisovans. Until the new find, the Denisovans were known only through a fossil fingertip, three teeth and a toe bone found in 2008 far from Tibet in a cave in the Russian Altai Mountains of Siberia. 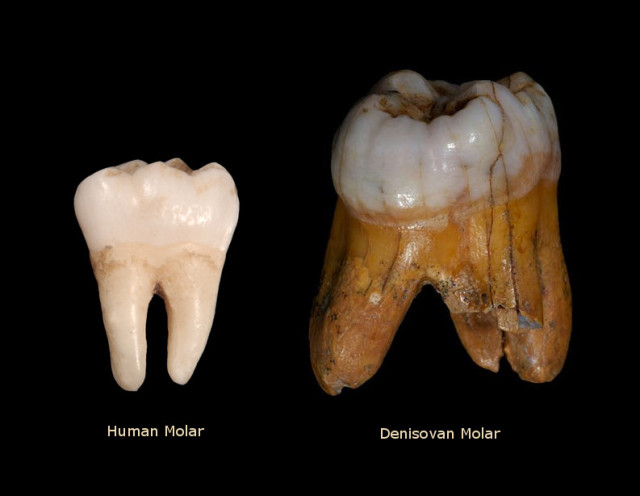 Dating to at least 160,000 years ago, this newly described jaw links to modern Tibetans who are adapted to high altitude living. The mandible was found in the Baishiya Karst Cave in Tibet. 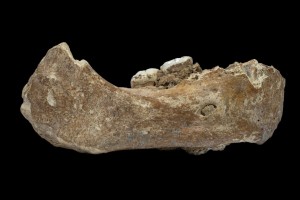 The WSJ writes: “A fossil jaw found in the Himalayan highlands of Tibet belongs to a vanished human species called Denisovans, deepening the mystery of human evolution in Asia, scientists said Wednesday in a new study probing the roots of humankind. Discovered by a local Buddhist monk, the fossil shows these archaic human relatives lived on the roof of the world in the rarefied air at almost 11,000 feet—an altitude that would leave many people today starved for oxygen. They settled at these frigid heights at least 160,000 years ago, more than 120,000 years before modern humankind arrived, said the scientists, who published their work on the fossil in the journal Nature.”

“One of the most spectacular aspects of this discovery is the location,” said project co-leader Jean-Jacques Hublin, director of the department of human evolution at the Max Planck Institute for Evolutionary Anthropology in Leipzig, Germany. “Nobody ever imagined that archaic humans would be able to dwell in such an environment.”

“It became the sleeping beauty of paleoanthropology,” Dr. Hublin said. “We are now turning to Asia again.” 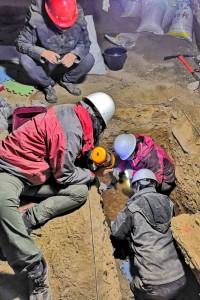 A team led by Dr. Dongju Zhang, top right, excavated in one of the two trenches in Baishiya Karst Cave in 2018. PHOTO: DONGJU ZHANG/LANZHOU UNIVERSITY
Denisovans 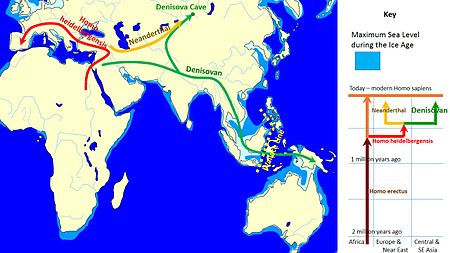 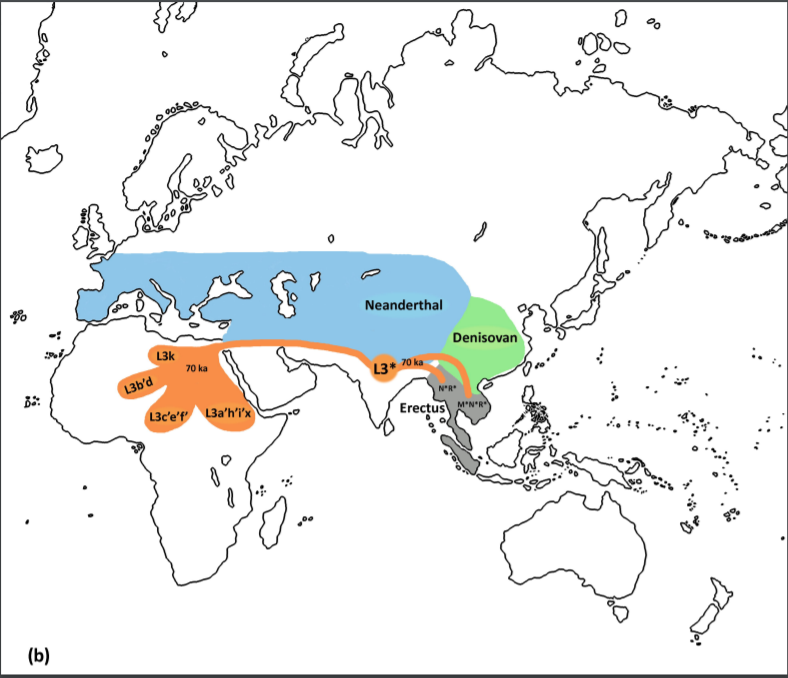 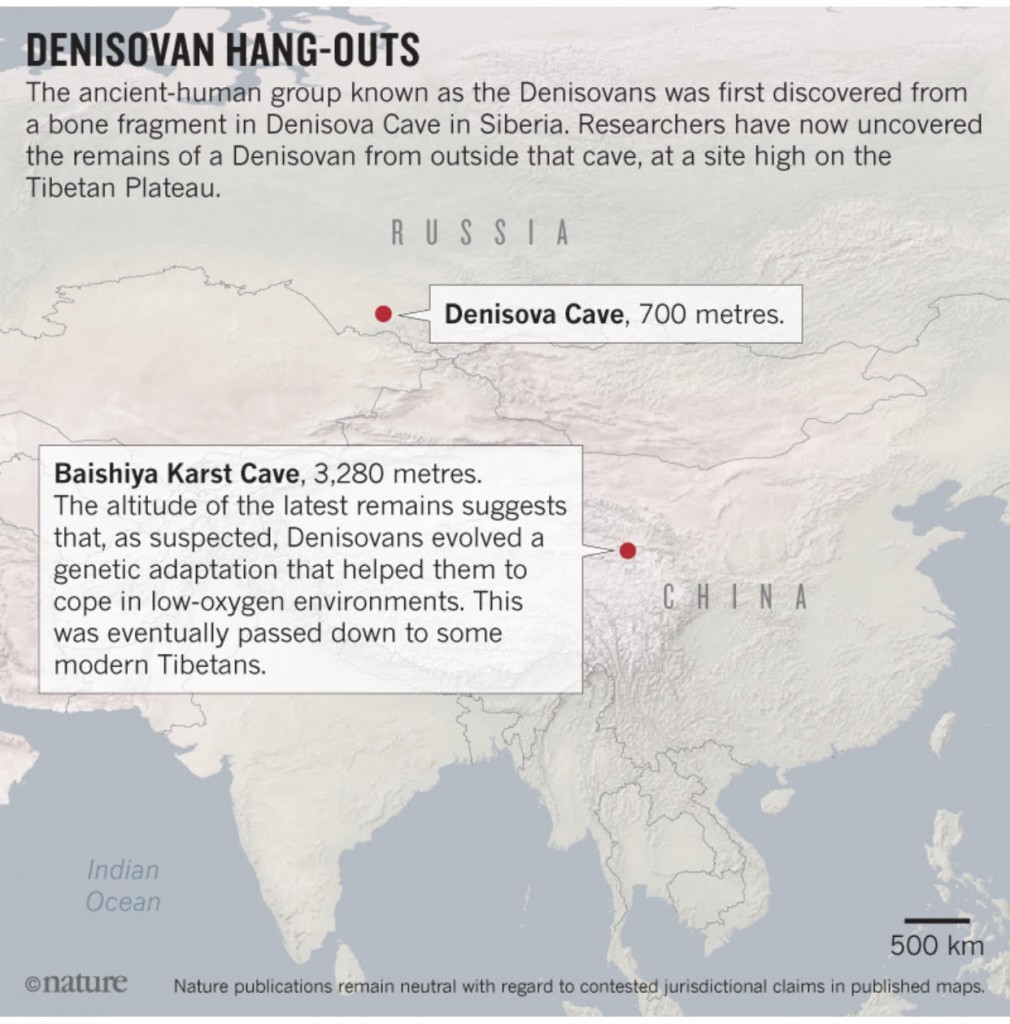 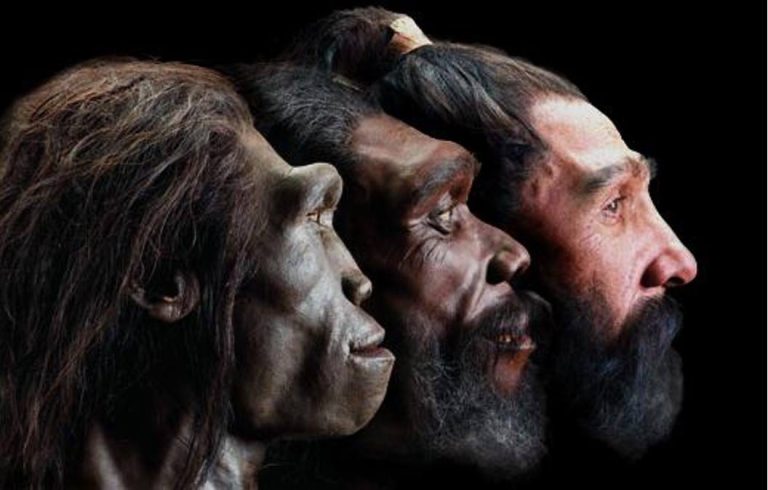 Other Examples?
The Nature article points out that fossil finds, often labeled Neandertal, are recommended to be re-evaluated.

As Nature points out, in the “Sel’Ungur cave in Kyrgyzstan, about 2,000 metres above sea level,…a hominin child’s arm bone was found but did not yield any DNA. “Now I ask myself — maybe that specimen is also a Denisovan and not a Neanderthal, like we usually assume,” says Bence Viola, a palaeoanthropologist at the University of Toronto in Canada.

And the fossil is likely to prompt scientists to reconsider the classification of other remains. “We can kind of work ourselves through the fossil record, and link up more and more specimens with the Denisovans,” says Viola.

One candidate is a jawbone known as Penghu 1, which was caught in a fishing net near Taiwan and has many similarities to the latest mandible. Welker and his colleagues hypothesize that this jaw could be Denisovan — but the ultimate proof will come from DNA or protein analysis, says Welker.” 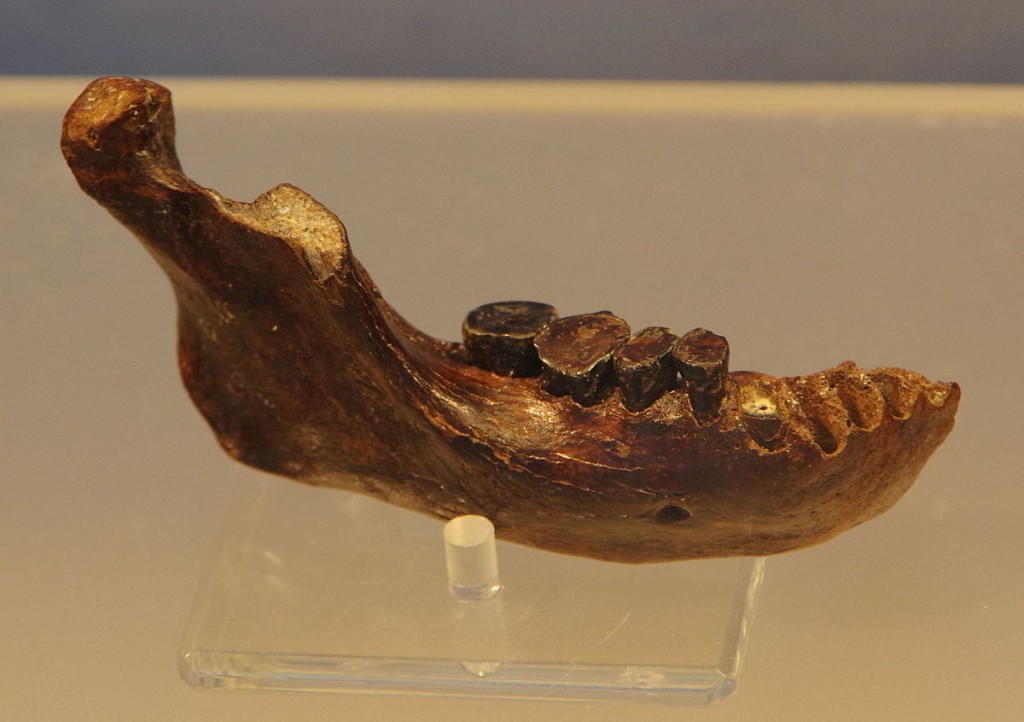 Does the Dali Skull need to be reexamined as a possible Denisovan?

Connection to Hominology and Cryptozoology 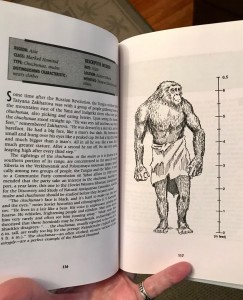 Could this new find be linked to hairy hominid reports from Siberia? Could the Denisovans be the mulen, chuchunaa, mecheny, mirygdy, and Marked Hominids of Siberia discussed in The Field Guide of Bigfoot and Other Mystery Primates? Should we be looking to Tibetan encounters with “Snowmen” and Mongolian run-ins with “Snowpeople” for links to Denisovans?

The Field Guide of Bigfoot and Other Mystery Primates by Loren Coleman and Patrick Huyghe. 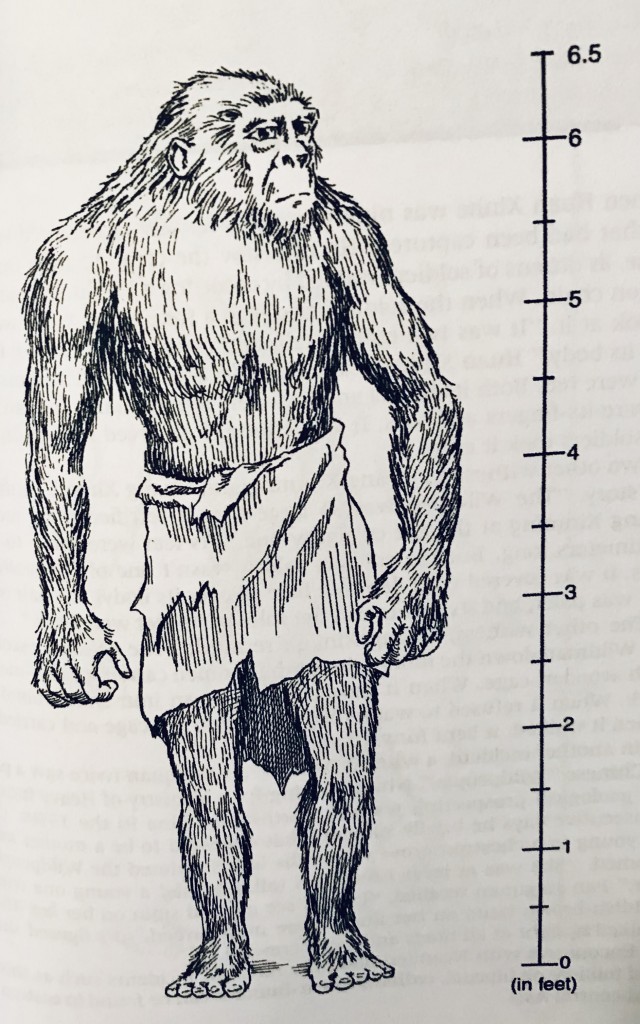