You are here: Home / Cowboys, Monsters, and Aliens

Prometheus Entertainment is pleased to announce that Season 3 of Ancient Aliens will premiere this THURSDAY EVENING, July 28th at 10pmE/9pmC on History. This week’s episode is “Aliens & The Old West” — which goes along with the box office premiere of the new movie, Cowboys and Aliens! 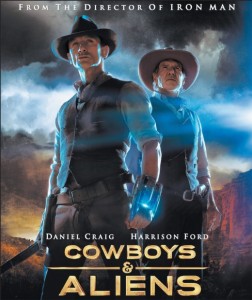 The production company also informed me (Loren Coleman) that the episode in which I was interviewed, “Aliens & Monsters,” will be airing NEXT THURSDAY, August 4th at 10pmE/9pmC on the History Channel!

It should also be noted that History, on August 4th, is having an all-day MonsterQuest marathon.

Here is the schedule:

9:00 am
MonsterQuest: Black Beast of Exmoor