You are here: Home / Best Nessie Photo Ever? 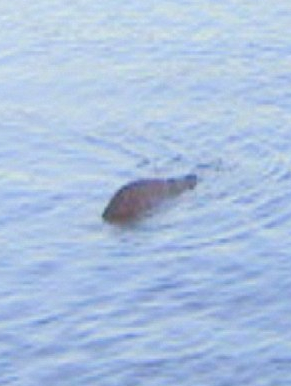 The photo is making the rounds, and it is a good one, allegedly, of the Loch Ness Monster.

Loch Ness skipper George Edwards took the photo at 9am on 2nd November last year on a compact Samsung digital camera that he always keeps on the boat.

The famed area of Loch Ness now known as “Edwards Deep” was named in 1989, after George Edwards’ finding of a depth reading of 787 feet, about 37 feet more than had previously been recorded. Later, they retraced the route with new GPS equipment, and eventually they recorded a depth of 812 feet, the greatest known depth ever recorded in Loch Ness.

Steve Feltham, who has dedicated the past 21 years to hunting for Nessie was unequivocval. He said: “It is the best photograph I think I have ever seen.” . 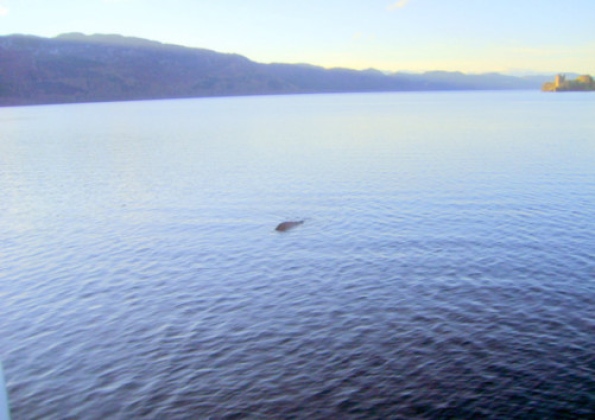 “I was just about to return to Temple Pier (in Drumnadrochit) and I went to the back of the boat which was facing the pier and that’s when I saw it,” said 60-year-old George Edwards, a lifelong believer in the monster.

Read more: ‘The most convincing Nessie photograph ever’: Skipper claims to have finally found proof that Loch Ness Monster exists 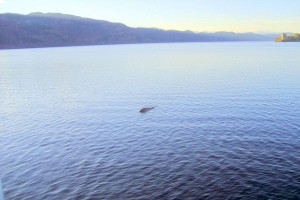 George Edward’s Nessie picture, he only took one frame, shown here in full, also in close up.

NESSIE hunter George Edwards waited 26 years for this moment  and he now believes he has the best picture ever taken of the Loch Ness monster.

He spends his life on the loch  around 60 hours a week – taking tourists out on his boat Nessie Hunter IV, and has led numerous Nessie hunts over the years.
But this image is the one thats convinced him that there really is a monster or monsters – out there. It shows a mysterious dark hump moving in the water towards Urquhart Castle.

It has been known for years by Loch Ness Monster researchers that the best witnesses for the cryptids in the Loch did not claim “head” descriptions but an overturned boat, the “back of a whale,” or a “walrus like back” for the Loch Ness Monsters. This photograph appears to be a match to what people have been describing for decades.

Questions that need to be answered in analyzing the photograph are:

Are those ripples around the “body” from the creature or object coming up in the water?

How tall is this object?

While only one photograph?

Edwards apparently thought about some of these questions.

Before releasing it publicly he sent it to the USA for analysis, though he can’t reveal further details.

‘They had my photo analysed and they have no doubt that I photographed an animate object in the water. I was really excited as I am sure that some strange creatures are lurking in the depths of Loch Ness.’

Edwards had the picture independently verified by a team of US military cryptid experts as well as a Nessie sighting specialist.