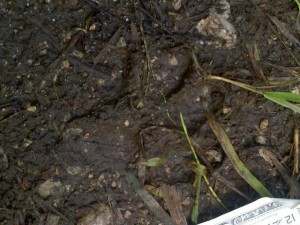 There appears to be a major Ohio mystery cat series occurring.

Sighting in Price Park
A cougar was reported sighted Saturday, July 2, 2011 in North Canton’s Price Park. The sighting was not reported until Wednesday.

Chihuahua Mauled on Lesh Avenue
A Chihuahua in the 5300 block of Lesh Avenue NE in Nimishillen Township was fatally mauled about 7:45 p.m. Monday, July 4, 2011.

Sighting at Fairhope School
ODNR received a report of a Cougar sighting near Fairhope School in Louisville near Broadway late Wednesday, July 6, 2011.

Then, an explosion of sightings occurred.

The first sighting was reported on July 25 when a woman spotted a large cat in her Fifth Street NW yard at about 2:38 a.m., North Canton Police Chief Stephan Wilder said.

“The motion sensor lights up here were on so my entire back yard was lit up and I saw this cat,” Joyce Wise said.

On Saturday [July 28], a group walling through the Hoover Nature Trail near Washington Square said they saw a large, tan cat that was the size of a German Shepherd, Wilder said. North Canton police officers took photos of the animal’s paw prints and sent them to be analyzed at the Ohio Department of Natural Resources.

Police said the third sighting happened on Monday [July 30] on Wilkshire Circle, where residents said a mountain lion or cougar-like animal walked through their backyard.

Wilder said residents who see the large cat should not approach it and contact local law enforcement immediately.

What is important to notice is that this cat is roaring, not screeching. That’s an epic detail.

Early Monday morning [July 30, 2012], Cindy Crawford, 51, of the 1400 block of Wilkshire Circle SW, said a roar awakened her out of a deep sleep shortly after 4 a.m.
“I heard a eeowww like a big cat roar,” she said.
She said she looked out her open bedroom window into her backyard and saw in the darkness an animal that looked like a large cat with a long tail.
Because of the lack of light, she couldn’t see the animal’s color.
“My dog is 40 pounds. It was bigger than my dog,” she said. “To me, it looked like a bobcat. Like a cougar. … (but) it wasn’t fuzzy and hairy like a bobcat.”