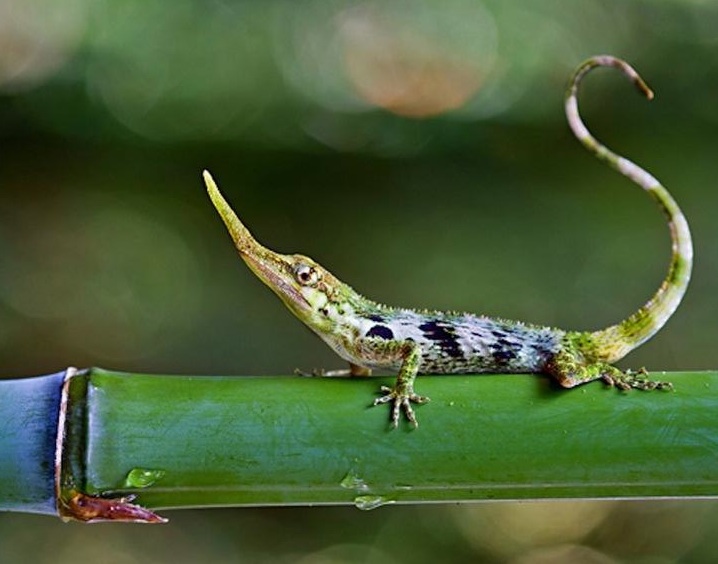 Thought extinct for 50 years, the Pinocchio lizard or anole has been rediscovered in the cloud forests of Ecuador.

Alejandro Arteaga, the co-founder of the educational and ecotourism company Tropical Herping who obtained the photos, has informed the world of the great news. He said that after searching for the long-nosed animal for three years, their team of photographers and researchers found the lizard recently in a stretch of pristine cloud forest in the northwest part of the country.

Pinocchio anoles (Anolis proboscis) are only found in four locations, mostly along a single stretch of road, according to the International Union for Conservation of Nature. They have one of the smallest ranges of any lizard in the world, Arteaga said.

Previous Entry: New Owl Discovered in Oman, Apparently
Next Entry: This Is The Hairy Man: All Blacks’ Haka, Tigers’ Dance, and Red Sox’s Fear The Beard