You are here: Home / Why Crazy Crocs? 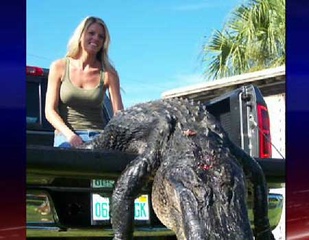 Due to my new posting yesterday about a Massachusetts “crazy croc,” an Australian commented on the Cryptomundo Facebook page a couple times, taking me to task for using “croc” regarding an alligator. As I tried to explain, alligators are crocodilians. Besides, it has become a shorthand Fortean and crypto way to talk about all of these out-of-place caimans, crocodiles, and alligators as “crazy crocs” for years.

Then he came back with this: “I always read ‘Crocs’ to mean ‘crocodiles’ or, at a pinch, ‘very ugly shoes’. If one has to abbreviate, why not ‘Gators’? Not lovely and alliterative, but less misleading.”

Actually, “crocs” is the least misleading term to use. Americans often “report” or “sight” an animal that they tell law enforcement officials are definitely “alligators,” but which turn out in reality to be a “cryptid” and sometimes do turn out to be caimans or crocodiles. Since alligators, caimans, crocodiles, and a few other species are indeed crocodilians, to call the initial accounts “crazy crocs” is more correct, in the long run.

Tensions always seem high in the media when the subject of “crazy crocs” comes up every spring for one major reason: people have been killed by them. Florida suffers fatal alligator attacks more frequently than one might suppose, so Floridians are on super alert.

The recent Trinity gator was from Texas. This is not to be confused with the “crazy crocs” and similar cryptids reported from the Trinities of California and British Columbia.

“Croc” sightings (from places as diverse as Tennessee and Austria) and findings (especially of things like “Maine Gators”) are of interest to cryptozoologists.

Why, you ask? Well, there are several reasons, including (please add your own, in comments):
1) some Lake Monsters are initially reported to look like alligators;
2) some water cryptids may turn out to be alligators or other pet croc escapees;
3) keeping track of the expanding or pet escapee enhanced alligator range is a good idea;
4) field-aware cryptozoologists like to know if there are any dangerous animals in the path of their pursuits;
5) out-of-place ‘gators are cool and very Fortean.

Of course, getting killed and eaten by a gator is not cool, but it might be Fortean.