You are here: Home / The Publisher of The Creature Dies

The Publisher of The Creature Dies 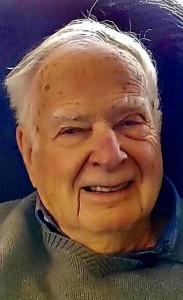 John Tomikel publisher of The Creature by Jan Klement passed away today [May 20, 2020]. He was a teacher, a storyteller, and a friend. He never got to see the finished documentary – Mountain Devil 2 which is based on The Creature. He was 92. 1928 – 2020 ~ Ryan Cavalline, Legend Hunters, Facebook announcement. 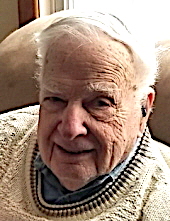 April 30, 1928 - May 20, 2020
John C. Tomikel, PhD., age 92, of Summit passed away on Wednesday, May 20, 2020. He was born on April 30, 1928 in Cuddy, PA a son of the late Joseph and Julia (Klement) Tomikel. Both were immigrants from Slovakia, and many close relatives still live there.John received his Bachelor of Science degree from Clarion University in 1950. After graduation he served as a corporal in the U.S. Army in Germany as a member of the ballistics meteorology teaching staff. John went on to receive his Masters of Literature from the University of Pittsburgh in 1956, his Masters of Science from Syracuse University in 1962 and his Doctorate from the University of Pittsburgh in 1972. He was a member of Gamma Theta Epsilon, the honorary geographical society.John was a teacher for all of his professional life, first as a high school teacher in Fairview then as a professor of Earth Sciences at California University of PA. and later at Edinboro University. He was an author having published several books.He was an avid outdoorsman and wild food enthusiast. For many years he was actively involved with Nature Wonder Weekend in West Virginia. He was inducted into the National Wild Foods Hall of Fame.

John enjoyed stamp collecting and was a member of the Erie Stamp Club and wrote their newsletter.

In addition to his parents he was preceded in death by his siblings, and a son-in-law Charles Stricklin.

The Mystery of Jan Klement
Who was John C. Tomikel? How is he related to the question, who is “Jan Klement”?

The question as to the identification of the author of The Creature (1976) has been around for years. It was first brought to my attention by my friend and research associate, the late Mark A. Hall in the 1970s.

Was Klement an earth sciences professor? A biology professor? A high school science teacher? Is he still alive? Did he ever exist? Did he see what he says he saw happening between a cow and a Bigfoot?

I once wrote that Jan Klement is the “Deep Throat” of the Bigfoot field.

Jan Klement is listed as the author of a book surrounded by controversy. The book The Creature is in its 44th year of publication in 2020. 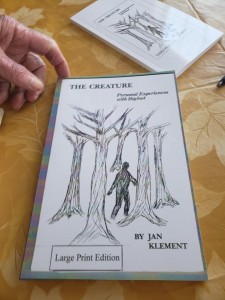 First published in 1976, the thin volume, The Creature: Personal Experiences With Bigfoot was republished in 2006 with the addition of “notes and sketches previously eliminated from the first edition.”

The book, about close encounters of the Bigfoot kind in southwestern Pennsylvania, apparently is now also corroborated “with newspaper accounts,” according to its new online descriptors.

In my and Patrick Huyghe’s 1999 book, revised and republished in 2006, as The Field Guide to Bigfoot and Other Mystery Primates , I discuss Klement’s case, which allegedly did happen within a context of an ongoing and active Bigfoot sighting flap. My summary notes:

Beginning in the summer of 1973, Westmoreland County, Pennsylvania, experienced a high number of encounters with 7-to-8 feet tall hairy upright creatures. Between July 1973 and February 1974, at least 50 individual eyewitnesses reported sightings of Bigfoot-like creatures in 22 different incidents. These sightings involved mostly single creatures, one involved two, and another involved three in an apparent family group. Most were dark colored, but one was white, another was one tan-colored, and another had a white mane. In three of the encounters, attempts were made to shoot the creatures. Blood was found in one case.

For those that have heard some of my lectures since 2003, or read my book, Bigfoot! The True Story of Apes in America, in the chapter “Sex and the Single Sasquatch,” you are familiar with the Klement story. For others, you may even be aware of how sharply people have reacted to me going beyond the mundane discussions of questions such as “how tall is Bigfoot.”

In 2009, I received the following information that, at first, appeared to make some sense regarding the identity behind the mysterious author, Jan Klement.

“I did a bit of digging. Here’s some info I was able to find with a little web research:

The letters in ‘John Tomikel’ can be rearranged to spell ‘John Klemiot.’ Coincidence?

Consider that both authors published books through Allegheny Press around the same time.

I also found an interesting bio that describes Tomikel:

‘John Tomikel was born in Cuddy, Pennsylvania in 1928. He received four advanced degrees, including a Bachelors of Science from Clarion State College and a Ph.D. from the University of Pittsburgh. He has been an earth sciences teacher and professor, spending a large portion of his career at California University in California, Pennsylvania. Tomikel is also a founder of the Pennsylvania Earth Science Teachers Society, as well as an author of fiction under a pseudonym. He currently lives in retirement in Corry, Pennsylvania.’”

Indeed, Tomikel seems to match what has always been described of “Jan Klement,” who was supposedly an Earth Sciences former professor and resident of this area of Pennsylvania.

John Tomikel was born on April 30, 1928 in Cuddy, Pennsylvania. After high school, Tomikel attended Clarion State College (now Clarion University) and received a Bachelors of Science in 1950. Following graduation he enlisted in the United States Army and served from 1952-1954.

Tomikel taught earth sciences at both the high school and college level. He held the position of Assistant Professor at California University in California, Pennsylvania from 1965-1966. From 1966-1972 Tomikel was an Associate Professor. He then was named Professor of Earth Sciences in 1972 until his retirement.

A founder of the Pennsylvania Earth Science Teachers Society, Tomikel is an expert in his field. He is the author of 24 books, including textbooks on natural resources, geography, and earth environments. In addition, Tomikel has published two books of poetry, two novels, and three travel diaries under a pseudonym. In his writing, he searches for and discusses a connection between poetry and science in general literature as well as exploring questions about God and religion.

John Tomikel currently lives in retirement in Corry, Pennsylvania, having taught several classes at nearby Edinboro University through the 2004-2005 academic year.

This biography sketch was prepared by Kim Murray.

A mystery solved? Could John Tomikel be the mysterious “Jan Klement”?

But then I decided to do a little digging myself, and I found the telephone number of John Tomikel. I called him, and we had an extensive conversation.

Tomikel told me that while, yes, he was the publisher of The Creature, he was not the author of the book.

He shared with me that he had met the author and his wife during the 1970s, and he was asked to publish the book under a “pen name” because the elderly educator needed to be careful about his local reputation. Tomikel’s small Allegheny Press was well-known by area residents for discreetly publishing books by local authors who wished to hide their identities. For example, Tomikel said he often created “names” for the authors for both fiction and nonfiction books, because the locals wished to not have their wives or employers know they were the ones writing this material. Indeed, he told me the name “Jan Klement” was the name of one of his own grandfathers from the old country, because he’d run out of ideas for new pseudonyms.

Tomikel told me the author, who passed away ten years ago [1999], wished to retain the anonymous nature of his nonfiction book because that’s just the way he was. The publisher, even though he knows he is advancing in years, refused to reveal the name or even initials to me. He said the man was a well-known author of mainstream titles about wild places, and at one time was a teacher in the Mckeesport school system. [McKeesport is a city in Allegheny County, Pennsylvania, U.S., at the confluence of the Monongahela and Youghiogheny Rivers.]

The publisher said he was skeptical of the story, but he thought the author believed it all had happened and presented the book as completely nonfiction to him. Tomikel says the book has never been a big seller, and he has barely made back the money ($400) he gave the author in 1977, just to cover his expenses.

Tomikel was relatively unaware of the interest of this book within the Bigfoot community, and merely said that he only recalls hearing from a WV Bigfoot group and a SE PA paranormal group, down through the years. He said he couldn’t really help them.

Still, he knows people have shown a little interest in the story.

All he mainly has heard is that a couple folks had tried to follow clues in the book, about the Bigfoot being buried near Sandy Creek and Winds Gap on the PA-WV border, to find the body.

Tomikel recalled that The Creature’s author had buried metal wheels with the body of “Kong,” the Bigfoot, and felt that metal detectors might find the body someday along that border. But Tomikel had only heard of two instances where people had searched, with negative results.

The Allegheny Press is closed and nearing extinction, in 2009, Tomikel told me he will die with the secret of the name of Jan Klement, and only 30 or so books remain in stock for sale.

Tomikel is so unaware of the celebrity nature of the book that he was mildly interested to hear that it had been mentioned by myself and others online and in books for years. He quietly said that he was surprised when there was a “huge jump” in sales about a couple months ago, and wondered if someone, someplace, had mentioned the book.

I asked him what he meant by a “huge” amount of books selling.

John Tomikel paused a minute and said calmly, “Oh, there were three orders in one day on Amazon.”

That’s a summary of my 2009 interview with Tomikel.

Obviously, since 2009, the Bigfoot field became more aware of Tomikel. 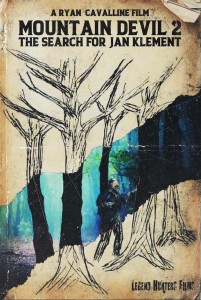 Cavalline shared images online, and it appears to be a good capturing of Tomikel’s last extended interview, on November 16, 2019. 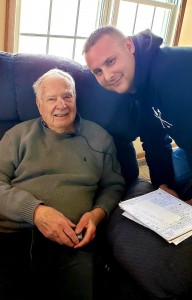 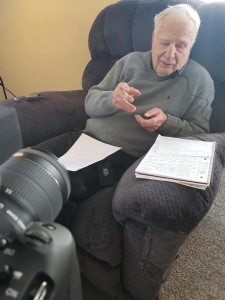 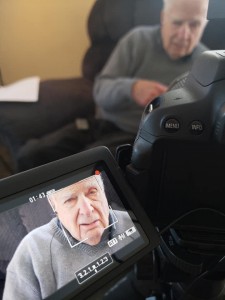 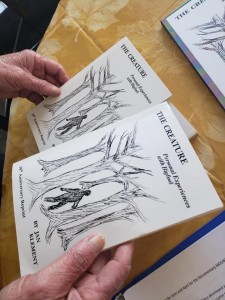 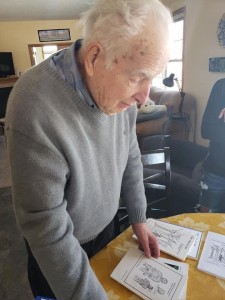 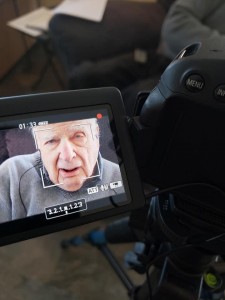 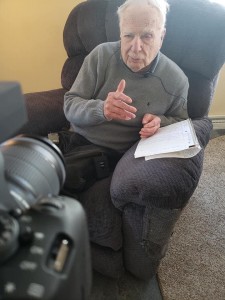 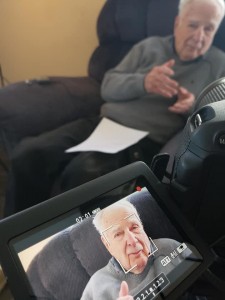 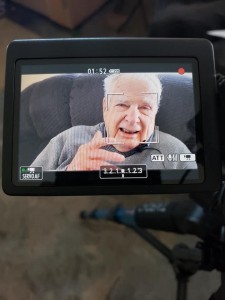 My condolences to his family and friends.

Many thanks to the messages of John Tomikel’s passage sent out by Ryan Cavalline, Daniel Perez, Steven Streufert, and Nate Brislin. Again, my appreciation to the late Mark A. Hall for introducing me to the engaging story of Jan Klement in 1976.