You are here: Home / Snakes: Curiosities & Wonders of Serpent Life

I have learned that a new book in the “Loren Coleman Presents” series has been released, as of February 2013. It is a sterling addition to the libraries of those interested in the historical study of reptiles, snakes, and the cryptozoology of Sea Serpents and giant serpents. 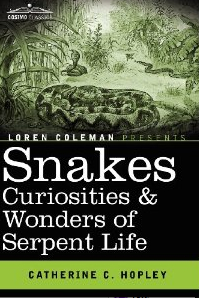 Here’s a description of what you will find in this hardcover edition:

Originally published in 1882, Snakes: Curiosities & Wonders of Serpent Life, by naturalist and artist Catherine Hopley, is a fascinating examination of the snake, from anatomy and biology, to common myths, to individual species and habits, and even speculation on “the Great Sea Serpents.”

In the late 19th century, snakes were considered mysterious, evil creatures, stained from the sin in the Garden of Eden. Hopley’s careful study shed new light on creatures long-thought to be vicious and deadly. In a new introduction, cryptozoologist Loren Coleman comments, “The mystery of snakes and the passion many of us experience among the serpents may seem commonplace enough today, but when this masterpiece appeared over a hundred years ago, in 1882, it was a remarkable event. The result was an interesting and scientifically insightful book on the curiosities of serpent life. It mixed Hopley’s keen sense for observations and facts with her wonderful illustrations.”

This new edition of Snakes: Curiosities & Wonders of Serpent Life, a replica of the original 1882 edition and complete with original illustrations, is part of Cosimo Classic’s Loren Coleman Presents series.

Catherine Cooper Hopley was an artist, author, and naturalist from the late 19th century. She has written such titles as British Reptiles and Batrachians (1888), Life in the South from the Commencement of the War (1863), Stonewall Jackson (1863), and Rambles and Adventures in the Wilds of the West (1872). She wrote several natural history books and became known for her realistic watercolor paintings, and her 1856 painting of the old stone church in the Cleveland Public Square is in the Western Reserve Historical Society in Cleveland, Ohio.

Order the new book online or through finer bricks and mortar bookstores. 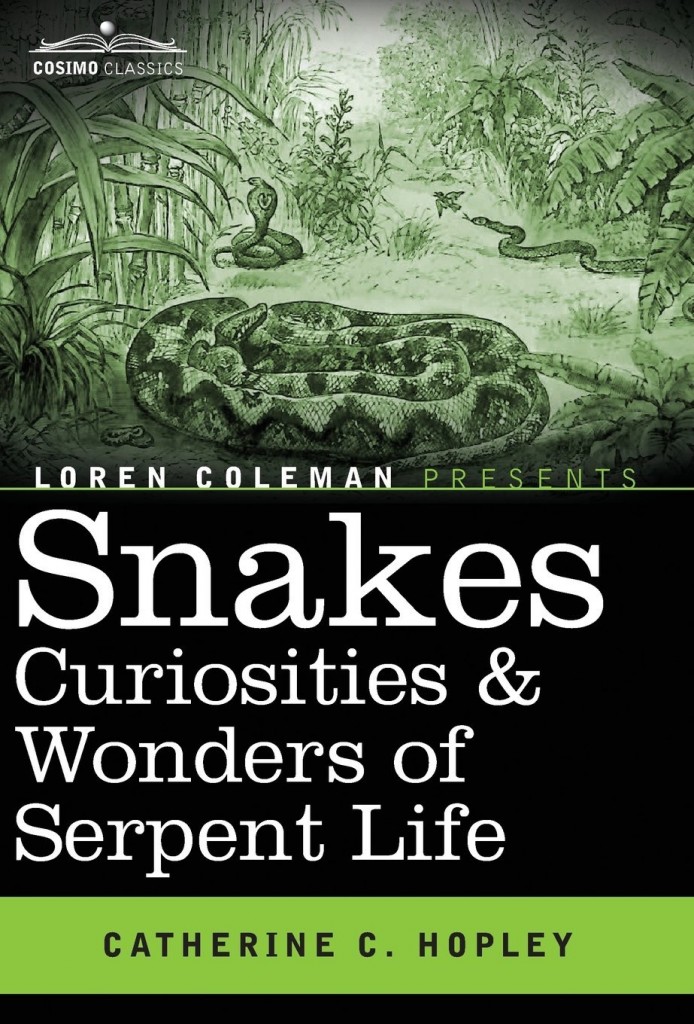