The accomplished artist of nature and people, and especially Sasquatch of the Pacific Northwest, Paul Anthony Smith, born September 4, 1953, passed away on June 27, 2021, of pancreatic cancer. 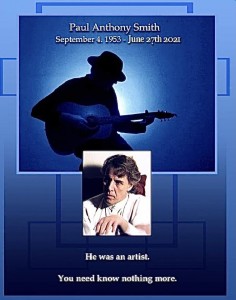 Paul Smith had prepared this to be posted when he passed away. 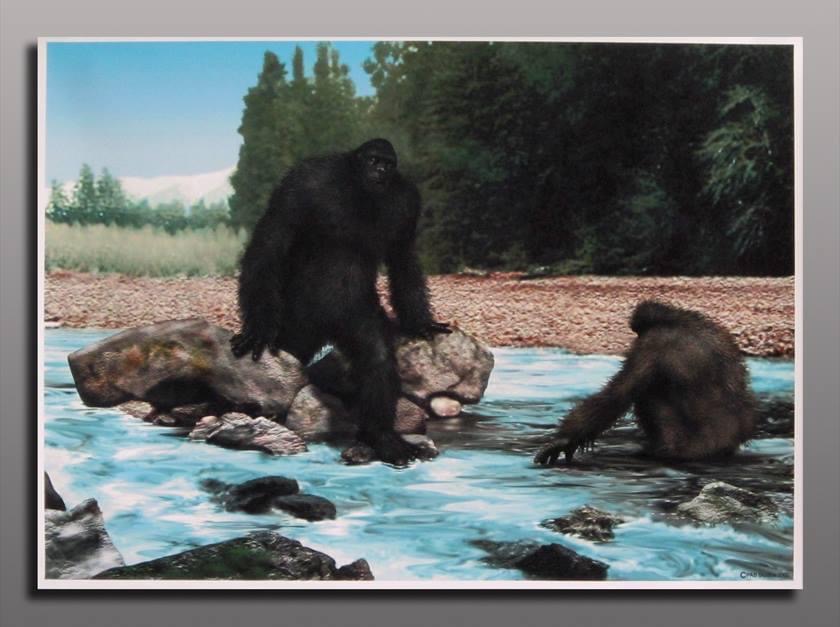 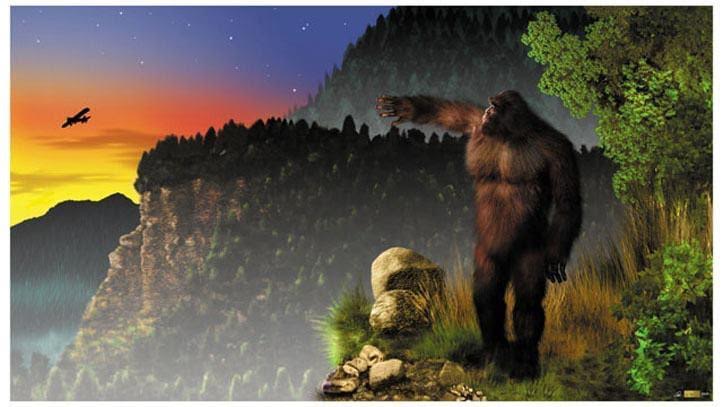 My Bigfoot book overlapped our lives. 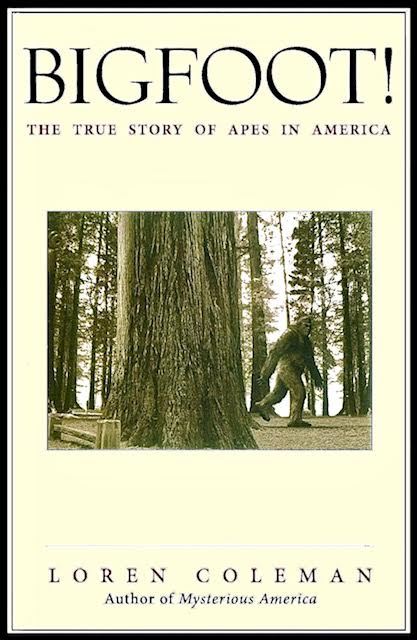 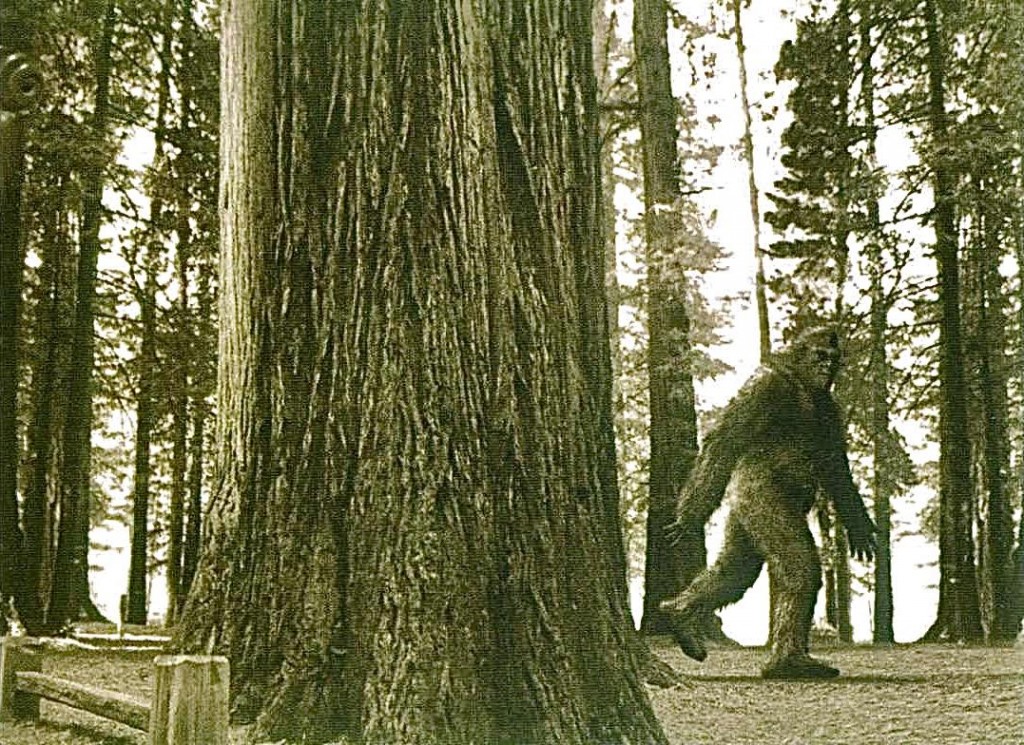 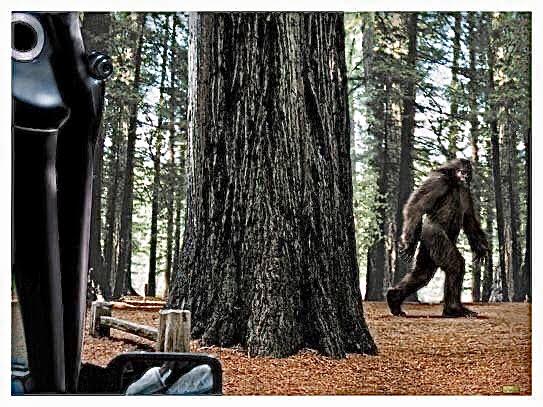 His Bigfoot art is appreciated in the field. I was able to begin directly working with him in 2002-2003. Simon and Schuster, the publisher of my-then-forthcoming book, Bigfoot! The True Story of Apes in America, chose Paul’s art for the cover. A color illustration by Paul was converted into sepia, and used as the central focus of the cover.

He always spoke highly of this use of his art. 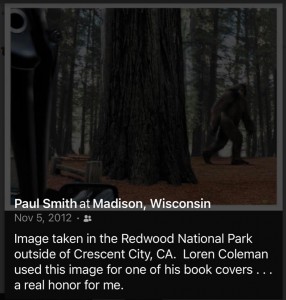 Paul emailed me in July 2020, mentioning this again: “I was honored and grateful that you chose my artwork for your book cover!”

In 2019-2020, when Chris Murphy and I began finalizing plans to move the traveling exhibition “Sasquatch Revealed” to its permanent home at the International Cryptozoology Museum (ICM), from my end I brought Paul Smith into the discussion to re-design one of his most intriguing images. It’s called “branding,” of course, and Paul’s art was just right. 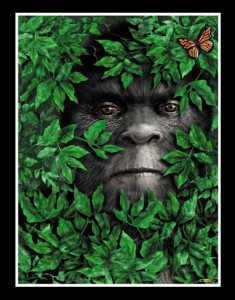 One piece I liked, above, had also appeared thusly. It “revealed” Bigfoot, but showed it remained hidden: 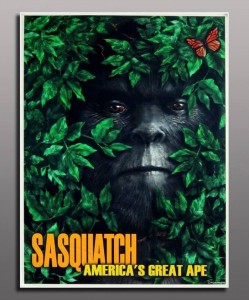 Paul re-designed the image, added new text, and gave the ICM permission to use it as a poster and teeshirt design to fundraise and promote the exhibition. 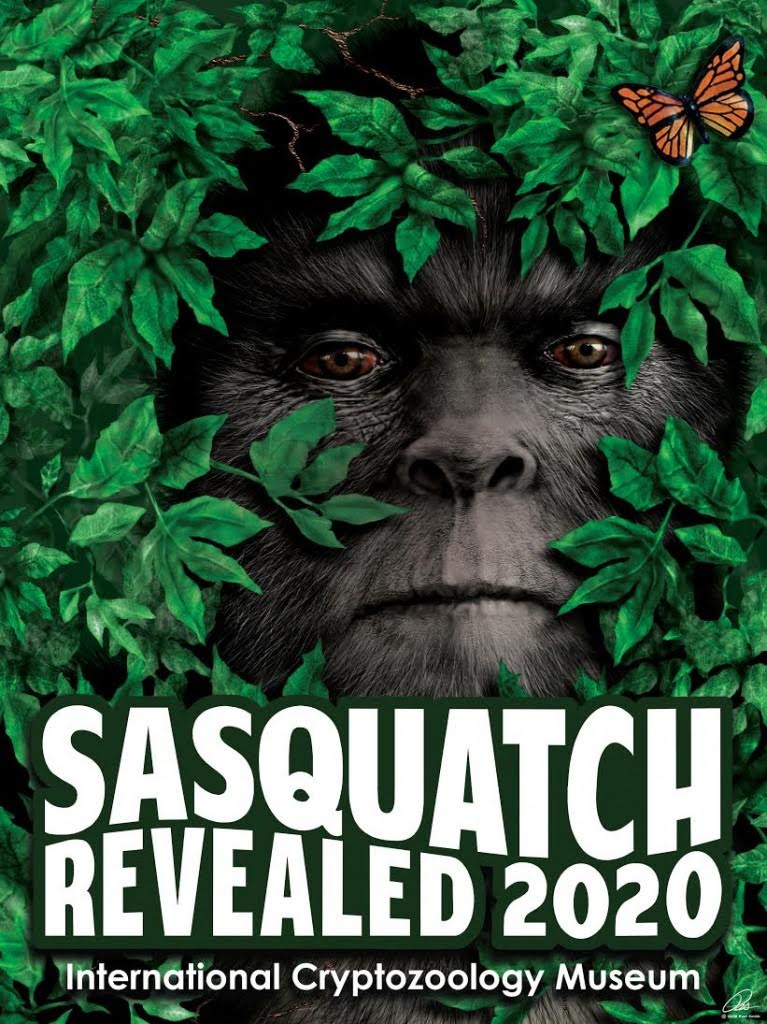 Then Paul Smith generously surprised me with his donation of another image’s re-design and similar permissions. 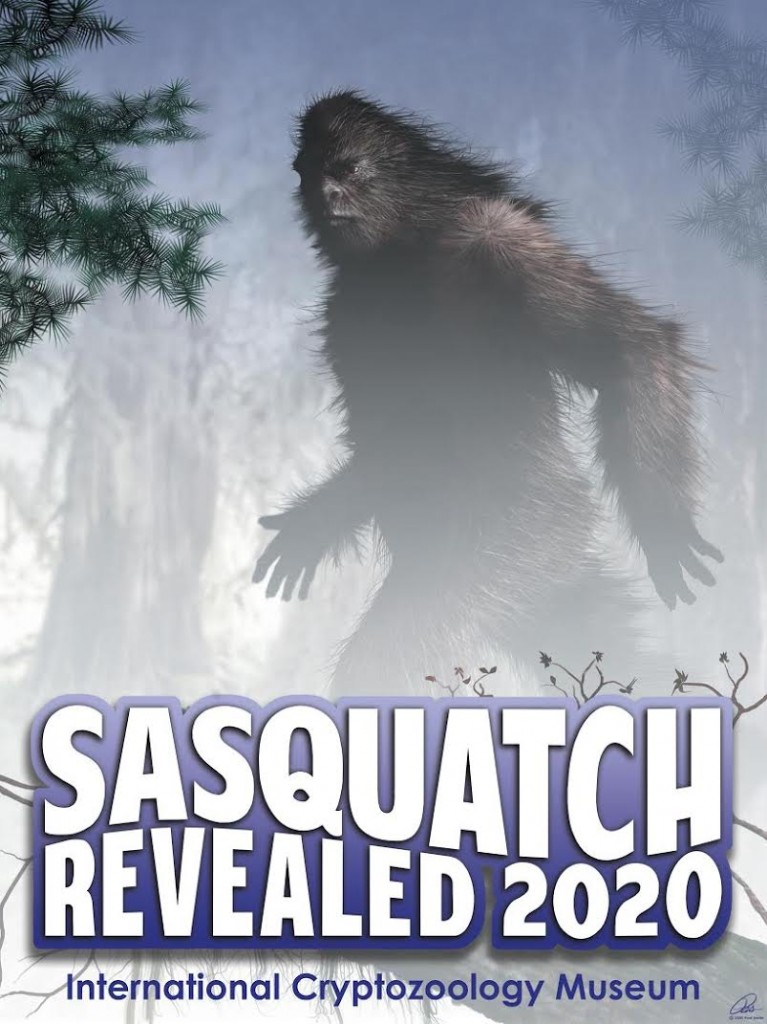 A decade ago, Paul wrote a biographical sketch of his life and reflected on his interest in Bigfoot:

I was born in Milwaukee, WI in 1953. I grew up knowing only one established fact about my future: I would be an artist when I grew up. Seeing as though I was not adept at anything else, it seemed a natural conclusion anyway.

I am also a proud father of three inspirational and beautiful children, and recently became an extremely proud grandpa!

I currently live in relative peace in Lacey, Washington, deep in the heart of prime Bigfoot territory.

CONCERNING ART: I have come to the conclusion that art, per se, can be defined best as a complete reflection of the human condition. All that any artist can do is reflect and demonstrate their own experiences to others. Even a piece done strictly from imagination has deep roots in reality.There are two arenas of art that I embrace. Fine art on the canvas/drawing board, and artwork executed on the computer. I have invested a great deal of my gifts involved with oil painting, drawing, sculpture, writing and art history.

It is imperative that the artist operate with as much input as possible. An uninformed artist is in a tunnel, deprived of the vibrant influences one can only receive from interacting with others. This is especially true in art schools. An artist that refuses to advance in the disciplines is an artist on an island, and horribly limited.

CONCERNING BIGFOOT: I’ve been fascinated with the sasquatch since I’ve been able to read, and have sought out any and all I could read on the subject. Not an easy task, as back in the sixties, there wasn’t a lot in public school libraries that embraced the topic. That I remember, there was one book only, entitled “Monsters, Myths and Legends” in my grade school library that I must have taken out a thousand times.As I matured as an artist, I toyed with the idea of doing a sasquatch illustration, but other projects and life demands prevented this. But toward the end of the 90′s, I was completing the New Millennium Tarot deck that I had designed ( . . . a seven year project . . . ) and needed something fun to play with for a change. I started composing Bigfoot art about that time, and have really never stopped.

I am completely convinced of this animals existence. There have been far, far too many creditable reports, occurrences and encounters to simply dismiss the whole thing as a tabloid joke. In fact, the very idea that we have a wonderful animal like this lurking around our forests, mountains and wildlife areas and we as a culture refuse to embrace this stunning miracle has far greater impact on me than the idea of its existence. I have never seen a sasquatch. It is one of my greatest hopes that I do experience a sighting.

The years passed. Paul did a variety of art projects to stay afloat. Paul divorced, and as he said to me in July 2020: “I used to live in Lacey, WA. I moved back to Wisconsin in 2008 and have been living in Madison, WI since that time. I will say I miss the mountains . . . Wisconsin is flat as a pancake, comparatively speaking.”

Underneath everything was always Bigfoot. 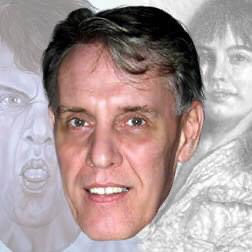 Paul had a run of tragic news in the last year. He found he had pancreatic cancer. Then his daughter Amanda Durham died of cancer at the age 44 in Tucson, Arizona (formerly of Jefferson, Wisconsin) at her home on March 15, 2021. The tragedy hit Paul hard. 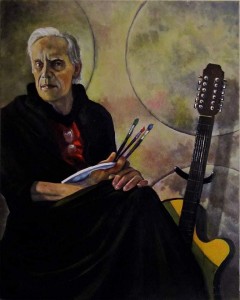 Paul Smith painted a self-portrait, May 2021. He entitled it “Farewell.”

The Bigfoot art of Paul Smith lives on in a few other book covers and many pieces of art he created. His talents and vision will be missed. 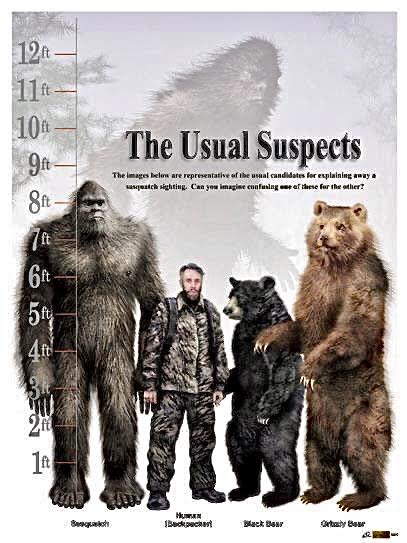 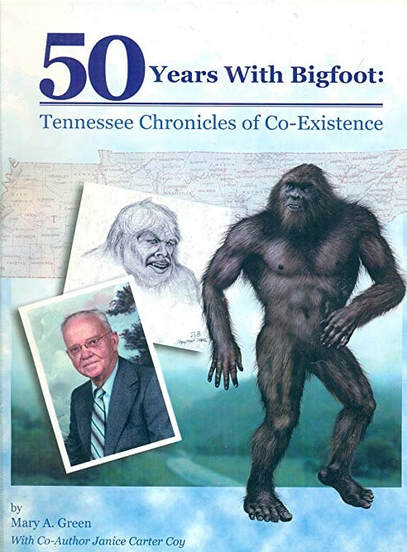 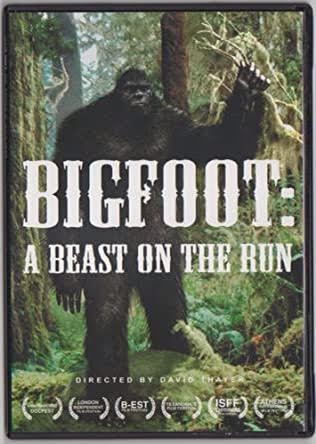 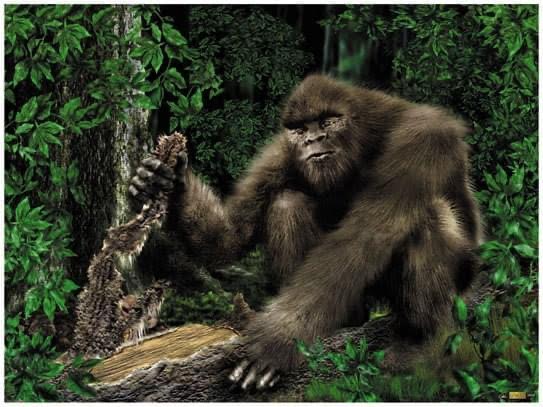 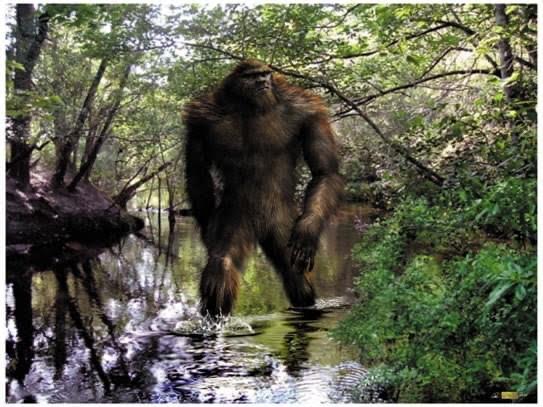 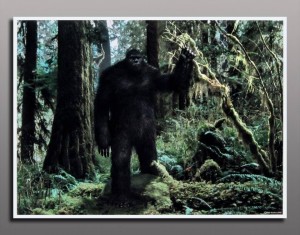 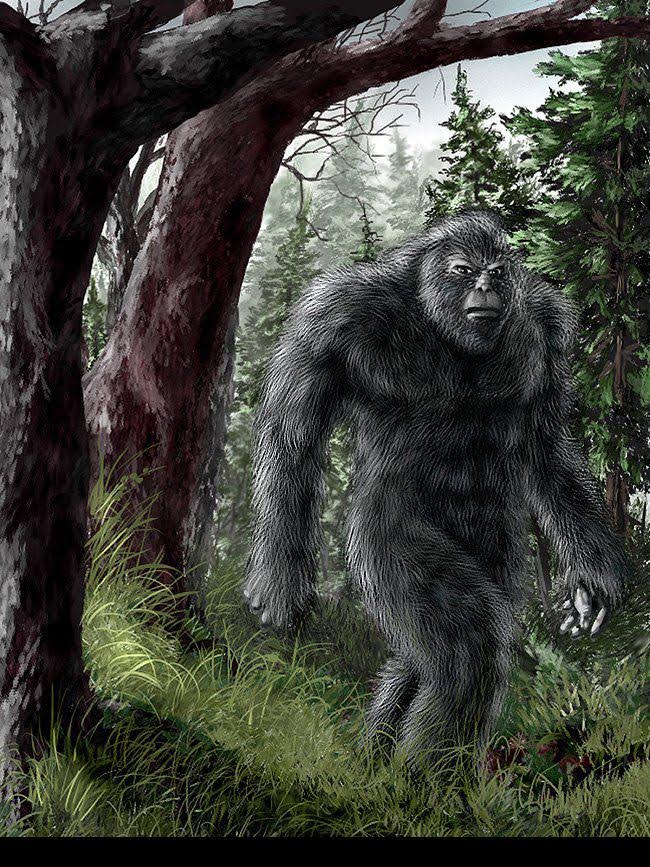 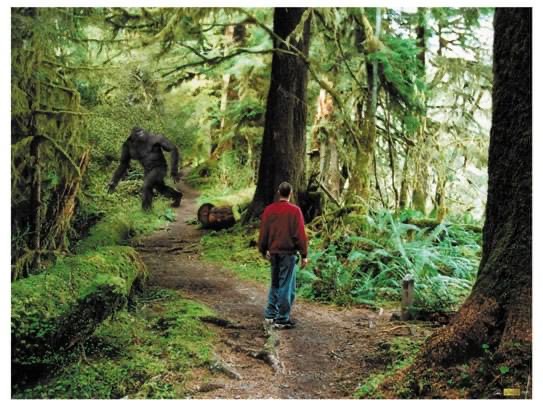 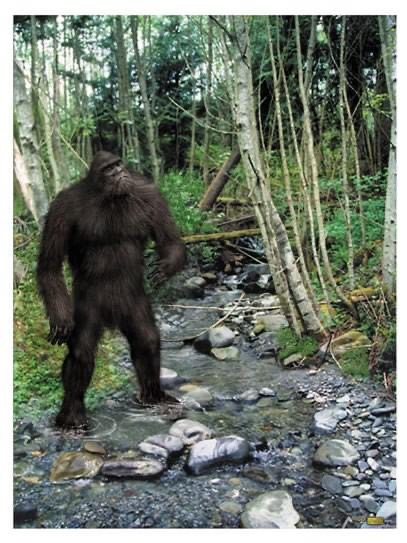 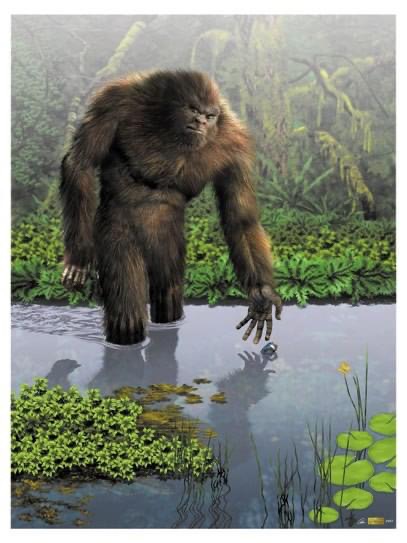 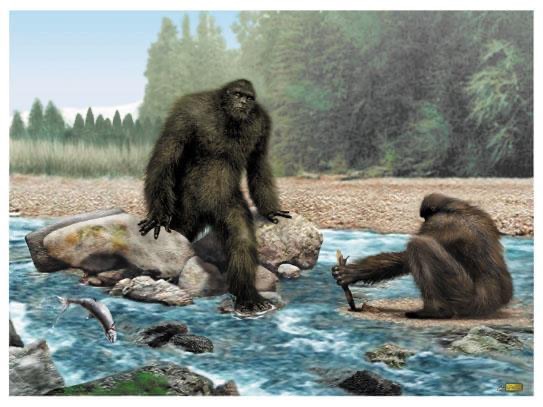 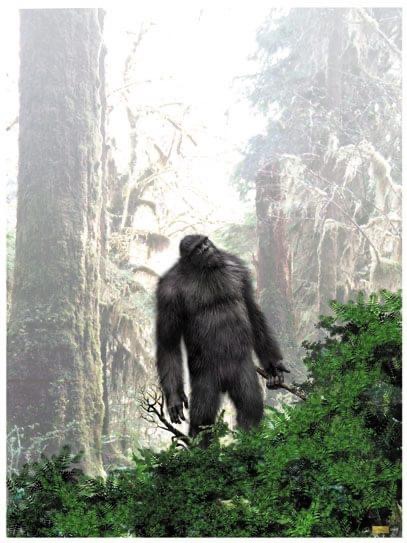