You are here: Home / SyFy Bigfoot Movie News Heats Up

News of another perhaps forgettable or funny hairy hominoid movie on the horizon got put on a front burner this week via the Detroit Press article, “Five questions with Sherilyn Fenn, former ‘Twin Peaks’ star.” 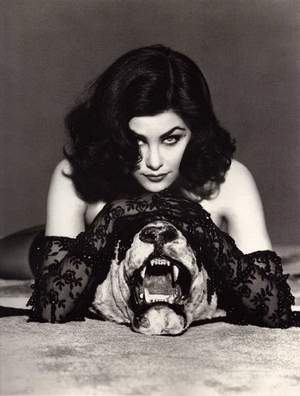 Q: I know that longtime fans will be excited to see that you have a new Syfy movie, “Bigfoot,” coming out this year.
A: Oh my God! “Bigfoot” is so silly and fun, and I don’t even know what to think of it.
Alice Cooper is in it! When my parents split up, my dad became his road manager, so he actually used to babysit for me when I was a kid. Crazy!

Earlier in the year, Inside TV shared this:

The story: When Bigfoot is discovered in South Dakota, two life-long rivals (Williams and Bonaduce) battle to capture the creature — one to exploit it and one to save it.

People are having fun with the Partridge Family x The Brady Bunch overlap.