You are here: Home / Smokey Crabtree Has Died

On April 22, 2015, “Smokey” Crabtree was 88. He passed away on January 16, 2016, in Fouke, Arkansas, which he called “home” his entire life, despite his many travels. He raised a family and worked in 18 foreign countries and almost every state in the United States.

Julius E.”Smokey” Crabtree was raised in Fouke. He grew up quickly and took on responsibilities at an early age. At sixteen he was a welder for the U.S. Navy, staying in the service in that role for three years. During that time he was also a boxer, and fought in the Golden Glove tournament in San Francisco, California in 1944. He was also in the grocery business.

At nineteen he volunteered for the Merchant Marines and by the age of twenty-three he was married and the father of three children. The family moved back to Fouke and built a home in the country; he continued to follow pipeline work as a welder.

With his busy life, he still found time to roam the Sulpher River Bottoms to trap, hunt, and fish, the things he enjoyed and loved as a boy. Smokey and members of his family were actors in a movie entitled The Legend of Boggy Creek about the Fouke Monster. Smokey served as a wildlife guide and consultant for the filming, and he is the author/publisher of Smokey and the Fouke Monster, and other books.

The second eldest son of Smokey Crabtree, James Lynn Crabtree, 60, of Fouke, Arkansas, died April 20, 2011, in a Little Rock, Arkansas hospital. Lynn, as he was known, had one of the most influential and important sightings of the Fouke Monster, when he was 14 years old.

His official obituary notes: “[Julius E. Crabtree] was a Nazarene, a retired welder, contractor, publisher, and had owned the Big Stop Grocery Store in Fouke.  He served our country as a Merchant Marine, was a member of the Masonic Lodge, VFW, and Pipeliners Union 798. He had also been a boxer and Golden Gloves Champion. He was preceded in death by two sons, Tommy Crabtree and Lynn Crabtree, and a grandson, Jeremy Knight. Survivors include his wife, Fran Crabtree of Fouke, Arkansas, two sons and daughters-in-law, Travis and Mary Crabtree of Mt. Dora, Florida, and Jay and Toni Crabtree of Texarkana, Arkansas, one daughter and son-in-law, Debbie and John Knight of Sparkman, Arkansas, ten grandchildren, and a number of great-grandchildren.”

Smokey’s funeral services will be at 2:00 P. M. Saturday, January 23, 2016, at the Texarkana Funeral Home, Arkansas Chapel, with Frank McFerrin officiating. Burial will be at Independence Cemetery in Fouke, Arkansas. The family will receive friends at the funeral home from 5 PM until 6:30 PM Friday, January 22, 2016. 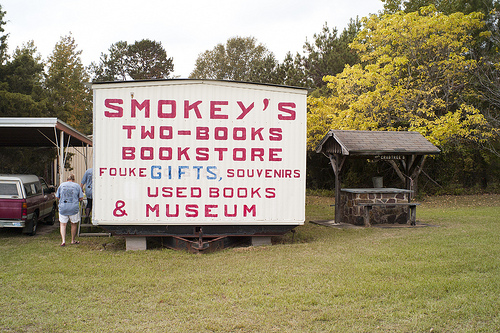 In Smokey’s later years, he ran a bookstore, a homespun museum, and appeared at Bigfoot conferences. 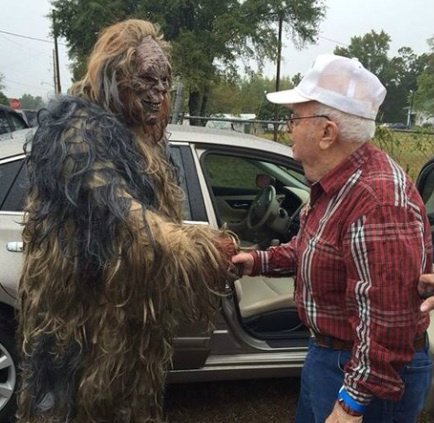 At the Boggy Creek Festival, the fall of 2015, in Fouke, Arkansas. 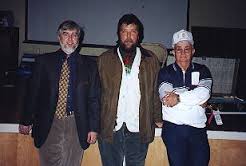 Ohio Bigfoot Conference, 1999 (above and below). 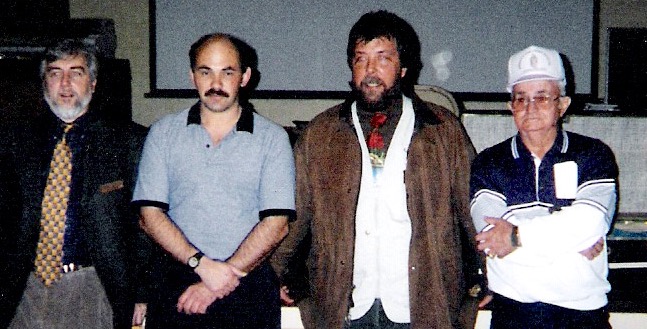 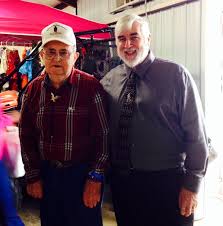 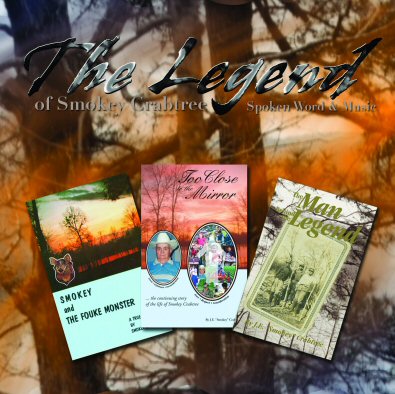 Smokey will forever be tied to the movie, The Legend of Boggy Creek. His folksy style was reflected in his books, CD, and website to the end. 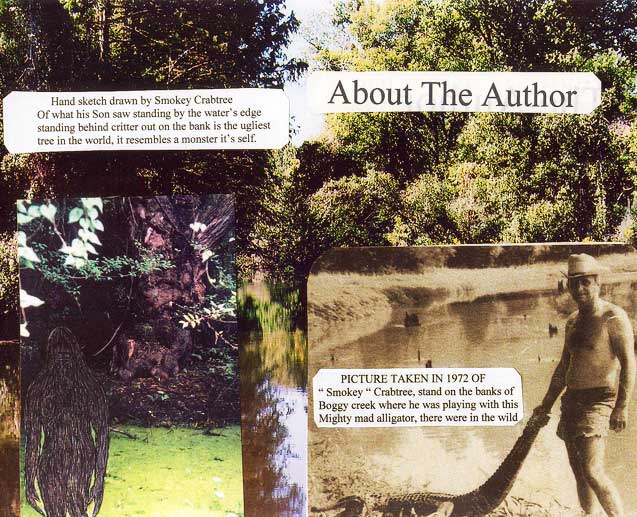 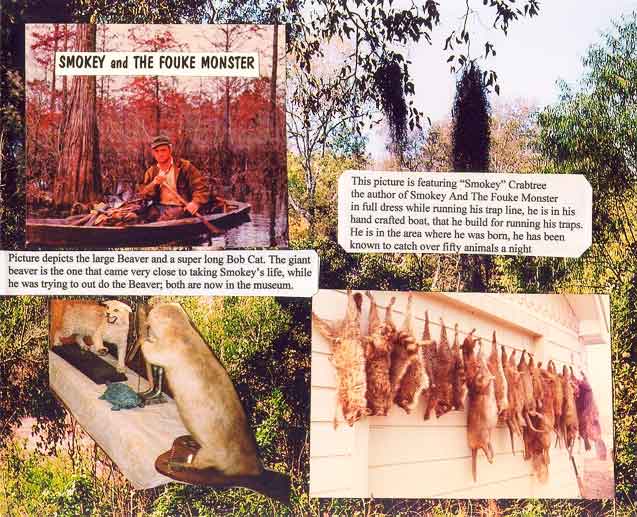