At a Southern Illinois University’s Department of Anthropology news site, I only recently found a new short notice: “We are sad to announce the passing of Dr. Robert Rands, at his home in Washington, D.C. in August, 2010.”

I attended SIU-C as an undergraduate in anthropology, and had worked (in 1968) for Rands, as an archaeology assistant. I did not do anything glorious, for Indiana Jones was hardly a model in the field yet. No, I merely did the elementary work that must be done in archaeology. I brushed off hundreds and hundreds of potsherds from Palenque.

I wanted more info about Rands’ passing, of course.

(But first I saw the Department also mentioned the loss of another of its retired faculty members. It announced, earlier, Professor emeritus Philip J. C. Dark, 89, had died of heart failure on April 4, 2008, in St Mawes, Cornwall, England. An obituary about Professor Dark can be found here.  I once had Professor Dark for an ethnoart anthropology course, as I recall, in which he concentrated on Oceania motifs. Another member of the faculty I remember was Roy Wagner, a cultural anthropologist who also specialized in Oceania, and would go on years later to work with International Society of Cryptozoology director Richard Greenwell on the pursuit of the merbeing-like Ri reports.)

Anyway, the Rands’ passage I found too short, and curious in its lack of info. I searched for more details. I soon, online, found a blog passage, apparently written by or in memory of Dr. Merle Greene Robertson (the “Indiana Jane” of Maya studies), who was one of Rands’ most significant coworkers at Palenque. That slight mention stated that Robert Rands had died on Friday, July 23, 2010.  But the blog poster was too sad to tell more. She wrote: “I could go on and on talking about Bob Rands, but I think I will have to tearfully quit now.”

Apparently Robertson’s death date for Rands was slightly incorrect, as it seems was SIU-C’s too.

Finally, I located a short formal obituary site’s mention that Robert L. Rands, who was born on May 13, 1922, had passed away on Saturday, July 24, 2010. Robert L. Rands was last known to be living in Mechanicsville, Maryland, it said.

I had worked closely with Professor Robert L. Rands, as much as any anthropology student worker was allowed to work with a great archaeologist. I felt touched to have known him, and more than a bit sad to hear of his passing.

Rands had worked on various sites in Mexico, and years after assisting him, I was able to visit some of them in the Yucatan, such as Chichen Itza. 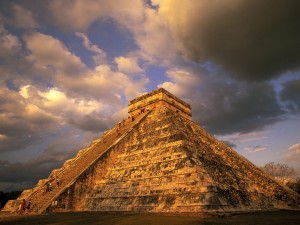 Some of Rands’s earliest work lead to the revealing notions and discovery of the overlap between Mayan and Toltec motifs at Chichen Itza. The religious iconography of Chichen Itza is abnormal for a Maya site. The numerous depictions of Quetzalcoatl, or feathered serpent deities, is more in line with Toltec belief than with that of the Maya. Though the Maya did worship the Feathered Serpent, it was typically much less common. There is also a greater persistence of weapons and shields in the Maya site than is typical.

Unlike most Maya sites, some of Chichen Itza’s buildings have the traits of the Toltecs, a historically powerful indigenous group from modern-day Mexico. The explanation of these similarities is a point of controversy among the scholars of the Toltec and Maya fields. 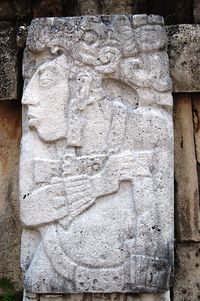 In 1998, Robert L. Rands won that year’s Society for American Archaeology’s Award for Excellence in Ceramic Studies. That organization’s summary of Robert L. Rands’s achievements nicely captured some of the impact the archaeologist had had on the field. 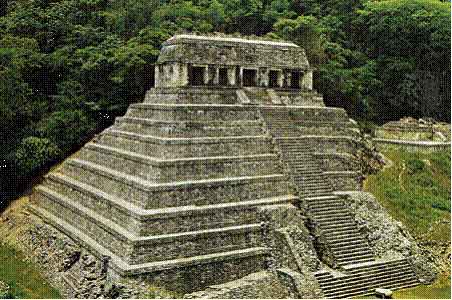 By 1998, Rands had contributed to ceramic studies for almost five decades. Throughout his career, he had conceived of ceramic studies in multi-dimensional terms and contributed to both theoretical and methodological aspects of ceramic analysis. Rands presented his first paper on the ceramics of Palenque at the 1952 SAA meeting and participated in the seminal Maya Lowlands Ceramics Conference in 1965. His early paper in American Antiquity, published by the Society of American Archaeology, is still a point of reference. During those years he focused on spatial analysis as a basis for inferences about centralization in early state societies and examined variability in natural resources, relating their use to production and trade issues. In subsequent years, Rands pioneered the study of compositional approaches to ceramic studies in order to address questions of regional exchange and interaction. His research on the ceramics of Palenque represents a culmination of this multidimensional approach. 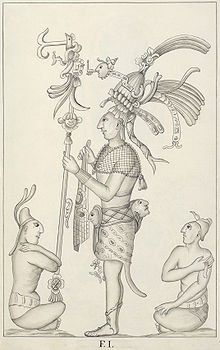 Although Rands’s research focused on the Lowland Maya, his articles in the Handbook of Middle American Indians remain key references on Highland Maya pottery and figurines. SAA, therefore in 1998, commended Rands for his long and productive career and the many innovations to ceramic analysis that he has introduced into the field.

Indeed, Rands’s radical approach might, in many ways, even be remembered via what Forteans call “Maverick Archaeology.” Nevertheless, Rands apparently did not buy into the theories that the carvings at Palenque showed ancient astronauts. 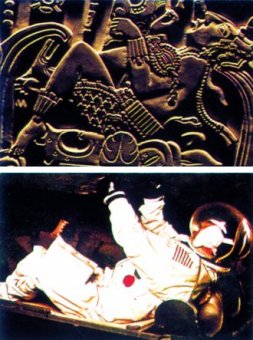 In general, his papers reflect his far-reaching radical theories within mainstream discovery archaeology.

These include, for example:

And Rands joined two other SIU-C professors I knew well to shake up the field with this novel idea at the time, which was that there had been Pre-Columbian visitors to the Americas from the Pacific!

Of course, most of all, Robert Rands will be missed as a great teacher.