You are here: Home / Pursuing Monsters

Pursuing Monsters
by Mark A. Hall 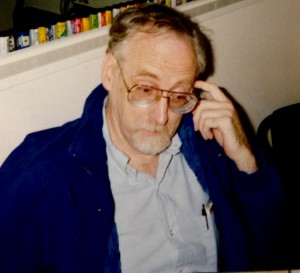 The wonderful thing about real live “monsters” is that they don’t scare us. Instead they intrigue us. They are elusive and rare. They draw our curiosity and we want to learn more about them. Monsters are found all over the world. North America has its share. Monsters occupy the diverse ecological environments all around the continent. They are nature’s insurance that capable forms of life will fill the available and changing niches for living things through the geological ages.

The American Indians knew of them. They passed along this knowledge by word of mouth rather than by itemized lists of animals. So it has been all too easy to dismiss their knowledge as mere stories. Recent centuries of deforestation (and some re-forestation), draining of swamps for farmland, mining, and city-building have driven the monsters into remote locations, deeper waters, and largely out of sight. They are especially active at night when we are active the least. At such times they come closest to us and then disappear into the darkness. Left behind are a few witnesses convinced the monster exists while many people who were not there say such things cannot exist.

To learn more about monsters requires special effort. Two methods exist that work best when combined. They are search and research.

Research includes reading the best discussions you can find of the history and folklore of monster reports. Also begin with basic reading in an allied field of natural history. For example, if you are interested in giant snakes, read basic books in the field of herpetology, the study of reptiles and amphibians. Move on to your own study of folklore, the collection of newspaper accounts, and the gathering and evaluation of anecdotal evidence. The personal experiences and recollections of witnesses to monster encounters will reveal a lot about unusual animals and how people respond to them. Study what you find in the context of nature and in the context of the geography where monsters are said to exist.

Search will take you into the field – to the scene of monster reports, to meet new people, and possibly to see the traces of a monster or the monster itself. The more you have prepared yourself with research the better are your chances of going to the right places and finding the traces that you seek to add to your knowledge.

Nature holds many wonders. Among them are the rare creatures we call “monsters” only because we have remained ignorant of them. Pursue them and you will not be sorry. You will be surprised at what they can do, and you will learn a lot about how human beings behave as well.

Reproduced with the permission of the late Mark A. Hall.

Mark passed away on September 28, 2016, and you can read my tribute to him by clicking here.