You are here: Home / Maine Bigfoot Hunt: Cryptozoology or Cryptotourism? 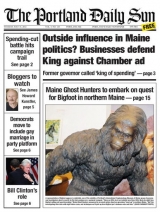 The Portland Daily Sun published an article today about an upcoming “hunt” next weekend for Bigfoot in Maine:

When Maine Ghost Hunters go camping, they don’t tell ghost stories around the campfire. They search for Bigfoot.

From Friday, Aug 3 through Sunday, Aug. 5, Maine Ghost Hunters, a paranormal investigation group, will gather in an “undisclosed and remote wooded area in the deep woods of Northern Maine. True Bigfoot country, by all rights,” according to the “meet-up” announcement.

The paranormal hunters also hope to bring a Bigfoot expert along for the weekend, the group announced. Participation will be by arrangement. Maine Ghost Hunters plan to invite people they know.

The weekend event comes fresh off a midweek ghost hunt at Portland Public Library, when members of Maine Ghost Hunters will join the Portland Public Teen Library for a paranormal investigation.

“It was the team’s idea,” Lewis said of the excursion into the woods of northern Maine to camp and hunt for Bigfoot.

“We’re putting together a lot of meet-ups,” he said.

Lewis and Kat McKechnie of Bowdoinham, two of the cofounders of Maine Ghost Hunters, talked in the spring with a few of ther other members about expanding their focus and including a search for the Sasquatch legend.

“Because he’s not a species of animal that’s been proven to be in existence … we could say it’s in the realm of the paranormal,” Lewis said. 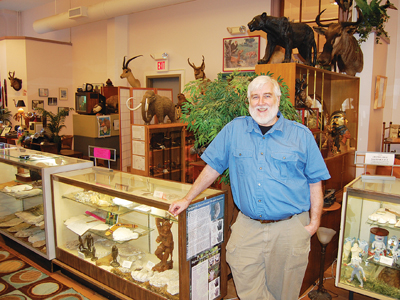 Loren Coleman, curator of the International Cryptozoology Museum in Portland, which features exhibits on “hidden animals” such as Bigfoot, said he prefers to view the question of an upright, hairy mammal roaming the woods from a scientific perspective.

“I think we have to look at it in terms of cryptotourism, it’s not related to the ghost or paranormal area but it’s related to biology and zoology,” Coleman said of the Bigfoot legend.

“What’s happened with Bigfoot is it’s become a modern eco-tourism, we call it cryptotourism, people used to go out and go camping and do birdwatching or orient toward mountains, now people actually go out and look for Bigfoot,” Coleman said.

“I think the possibility for Bigfoot in northern Maine is slight,” he added, assessing the chances of success. “If there are reports up there, and there are some sightings, that’s probably some interlopers from the boreal forests, the mountain range forests of Quebec and New Brunswick. There doesn’t seem to be a viable living population in northern Maine. … You get those kind of outbursts of sightings and then they disappear so it doesn’t seem as if there’s any routine, breeding population of Bigfoot in Maine right now.”

Lewis said Maine Ghost Hunters will go equipped with the tools of the trade to document any sightings.

“We have a half dozen night vision handicams for video,” he said. “We film everything, we put together documentary style videos.” 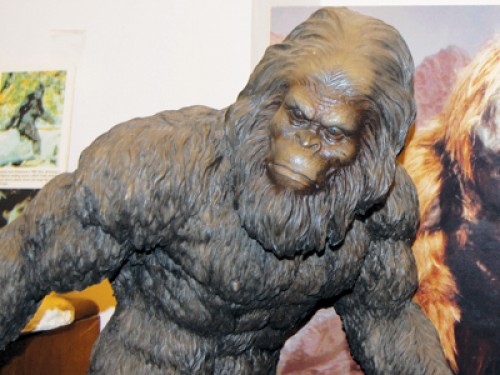 Sometime in October, the group likely will air the results of the Bigfoot hunt.

This is no luxury outing. The group warns of no bathroom facilities, no conveniences, just a chance at “roughin’ it” in the deep woods.

But the meet-up post adds, “This is going to be an adventure we’ll be talking about for a long time!”

For the rest of the article, about the ghost hunters’ library appearance on August 1st, see here.